67
Adventure of the Week: The Black Forest Gorge Trail
Do you have any questions?
Call us on +1 720-487-9898
Contact a specialistLive Chat
Written by

Adventure of the Week: The Black Forest Gorge Trail

Is it the merely the home of a cake, famous in the 1980s? Or is it a witch-filled area of woodland, gloomy and dark and filled with terror? No, you will be pleased to hear that the Black Forest region in Germany is neither of these things. In fact, it is an area filled with splendour, typified best by the outstanding Black Forest Gorge Trail. [caption id="attachment_27391" align="aligncenter" width="1024"] 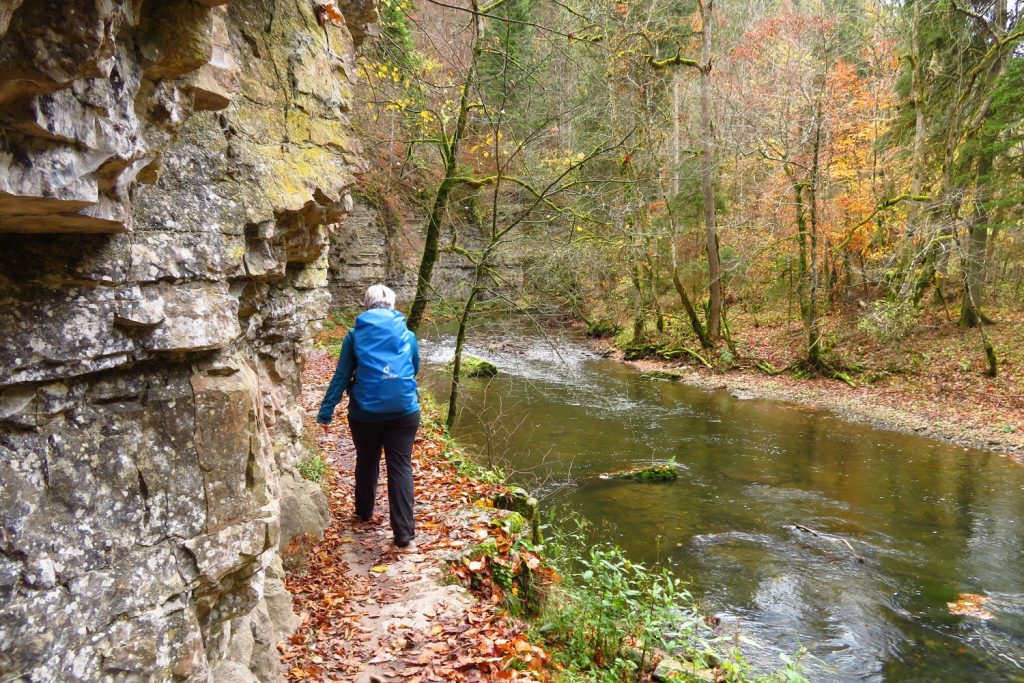 This classic inn to inn walking tour takes you along the ‘Schluchtensteig’, or Gorge Trail, in Germany’s famous Black Forest. The 119km route has been nominated for the coveted title of Germany’s most beautiful walking trail, and it’s easy to see why. Walking through different gorges and contrasting landscapes each day, you’ll be a world away from the usual tourist hotspots of the Black Forest. Distance: The walk is 119km from end to end, so a fair distance to cover in a week. However, it has been expertly divided by our Products Team so that you have the perfect walking lengths each day. Grade: Moderate. The trail fluctuates from very easy going sections to more challenging climbs and descents which is why we have given it the moderate rating.  If you are finding the walking all too easy, then just wait, and something more to your tastes will come along soon! There is the occasional path that looks a bit precarious, so a good head for heights and surefooted approach are ideal for this trip. [caption id="attachment_27394" align="aligncenter" width="1024"] 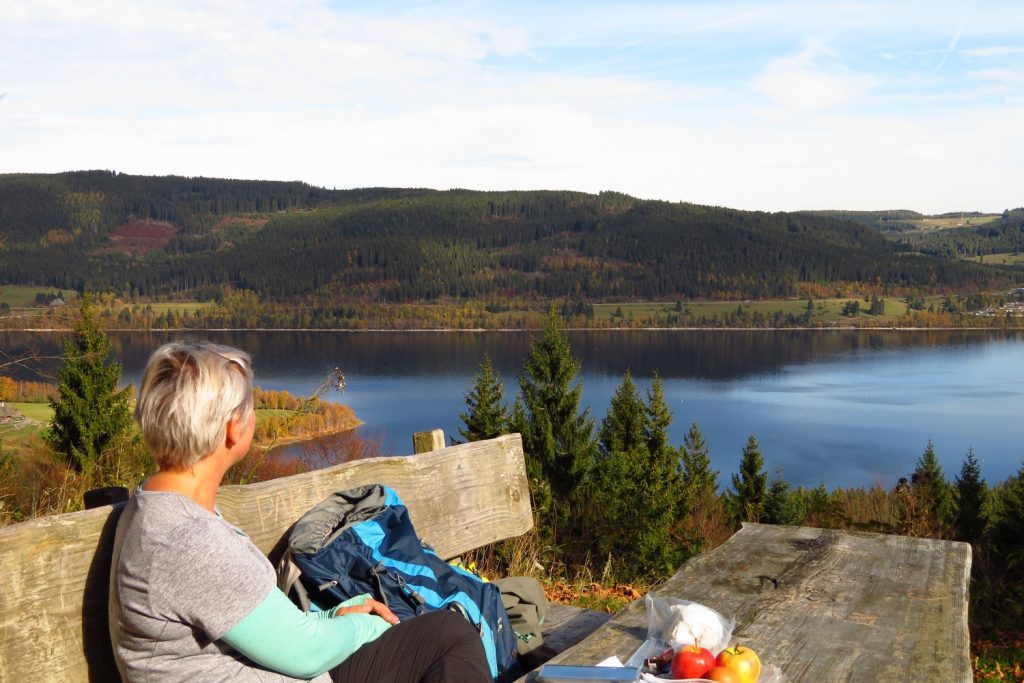 It is not all gorges; occasionally you get some fantastic views too![/caption]

The Black Forest is in the very south-west of Germany, down near the Swiss and French borders in the Baden-Württemberg region. The trip itself begins in Stühlingen, right on the Swiss/German border. You then head north, into the heart of the Black Forest, following gorges and valleys before heading west over hills and open fields.

The Black Forest Gorge Trail has been nominated as one of the best walking routes in Germany, which is not bad considering just how many stunning examples there are. This is a tiny part of a massive country that really deserves exploring, and there is no better way to do it than on foot.  While the Black Forest has its tourist hotspots, this trip manages to sidestep them and showcase the very best that the region has to offer. [caption id="attachment_27395" align="aligncenter" width="1024"] 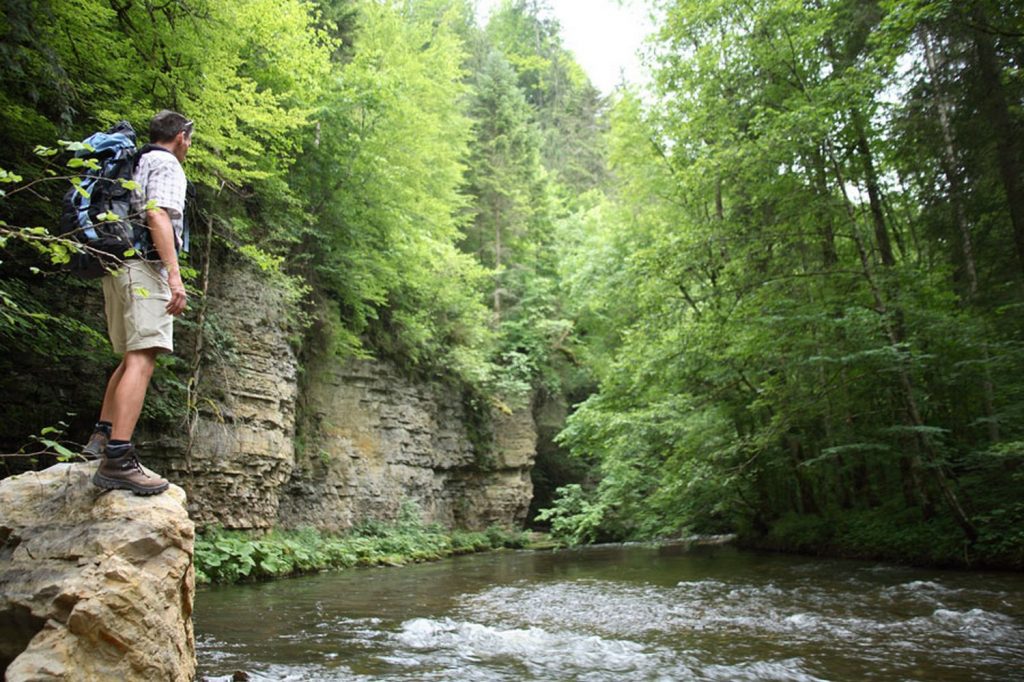 The enchanting 'lost world' of the Black Forest gorges[/caption] The gorges. Funnily enough on a gorge hiking trail, the canyons are one of the highlights.  If they were not, you would be worried! On your first day, you will walk through Wutachflühen, which is considered to be the Grand Canyon of the Black Forest. This steep-sided gorge, carved out in the last ice age is a pleasure to walk through, its colourful sheer cliffs punctuated by waterfalls. It is like walking in the Lost Kingdom, as tall rock formations mingle with mossy roots and giant ferns.  This is followed by the Haslachschlacht gorge, similarly deep, mysterious and beautiful, completing the first half of your walk. The second half of your week takes you away from the 'black forests' and gorges and exposes you to a vast, open wonderland. You will discover the beautiful reservoir of Schluchsee, whose beauty is only matched by the deliciousness of the cakes served at the lakeside cafes. These walking days are accompanied by clear views (unless the weather has another idea) across the Swiss Alps, with views of the Eiger, Mönch and Jungfrau peaks in the distance. [caption id="attachment_27396" align="aligncenter" width="1024"] 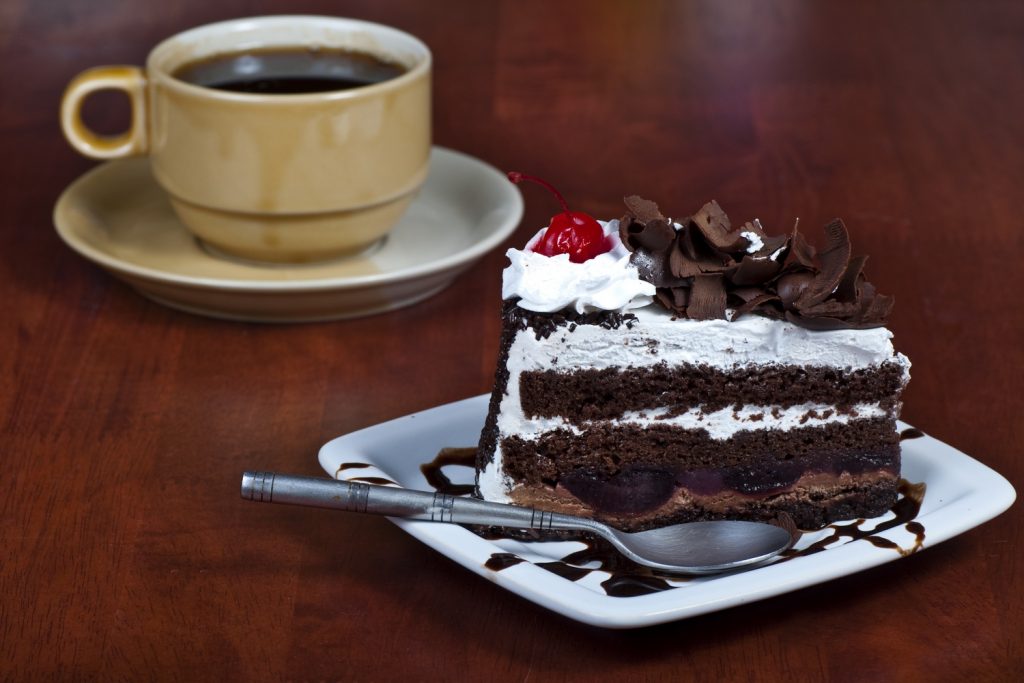 OK, sometimes it is just about the cake![/caption]

The Black Forest Gorge Trail is best accessed from Switzerland, despite it being in Germany.  Flying into Basel Airport is the best way to go, then taking a bus and train combo to get up to Stühlingen which takes around 2 hours. We have specialists who love the Alps and know all there is to know about the E5, so don't hesitate to get in touch with them with any questions you may have by emailing at info@macsadventure.com