Peace of Mind Guarantee: No change fees, and free cancellation due to Covid-19 - Find out more >
67
E-bikes: Why it’s not cheating
Do you have any questions?
Call us on +44 141 530 5452
Contact a specialistLive Chat
Written by

E-bikes: Why it’s not cheating

There’s a myth, most likely created by those that have never tried them, that e-biking is cheating. I disagree! Let me tell you why e-bikes are one of the best inventions of the 21st century. I love to ride my pedal-powered “ordinary” bike. It keeps me fit and offers an excellent form of transport for seeing the countryside and reaching new places. I have cycled all over Scotland and in Europe. So when I was offered the chance to try an e-bike, I confess I thought: “No way! That will be embarrassing to be seen on.” I imagined that e-bikes were useful only for people who were unfit or lazy. I decided that I didn’t want to be seen on an e-bike for fear of people laughing at me. But when I did try an e-bike I was thrilled. It was a fantastic experience and has turned me from doubter to lover of e-bikes. 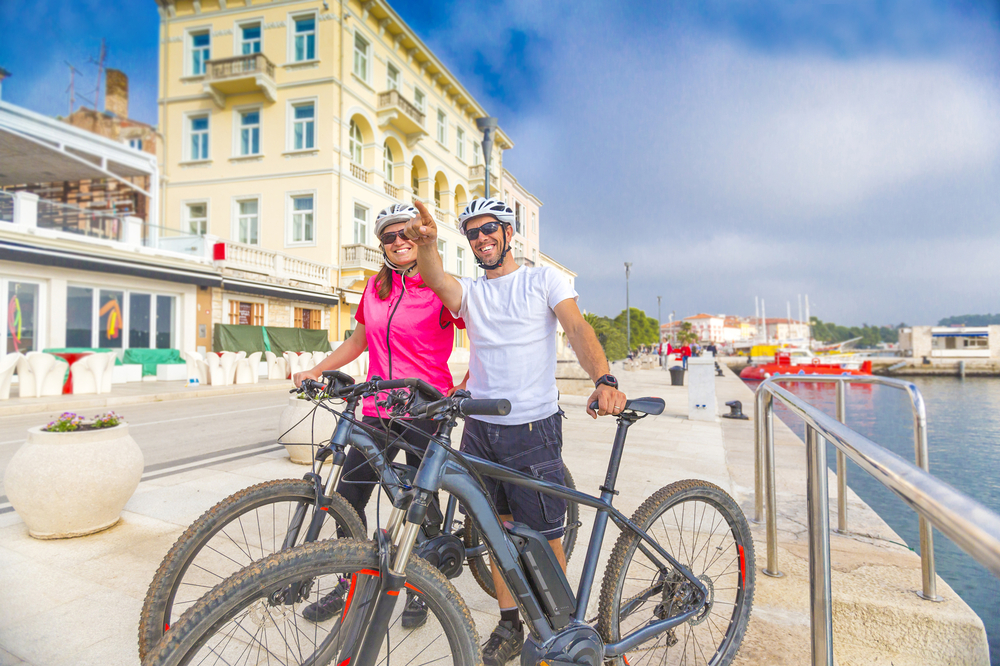 Ten things I learned about e-bikes

You still need to pedal: I had imagined that an e-bike would allow cyclists to rest while the electric battery took over. This is not the case. You still need to pedal to make the bike go forwards. You can add a little or more amounts of power from the battery to assist in your pedalling, but it’s important to remember that if you use up all the battery charge on the flats, you will have none left for going uphill or reaching your final destination. The actual act of pedalling also combines with the battery power so the harder you pedal, the faster the bike will go.

The bikes are too heavy: Modern e-bikes are becoming lighter and lighter but, of course, they are heavier than most “normal” bikes because they have a battery pack attached to them. The electric power – and smart gearing – helps to balance out the weight of the bike, however, so once you are on the move you don’t notice the weight of the bike. It’s fair to say, though, that manoeuvring the bike before you get on it – and when you get off – can feel quite hard because these bikes are heavier and more cumbersome than ordinary bikes.

I’ll run out of power: The battery packs do have mileage limits. These vary from bike to bike.  The more you use them and the less effort you put into pedalling, the fewer miles you will achieve. The good news is that there is a growing network of e-bike recharging points across Europe. Also, when pedalling many modern e-bikes, this helps to recharge the battery while on the move. 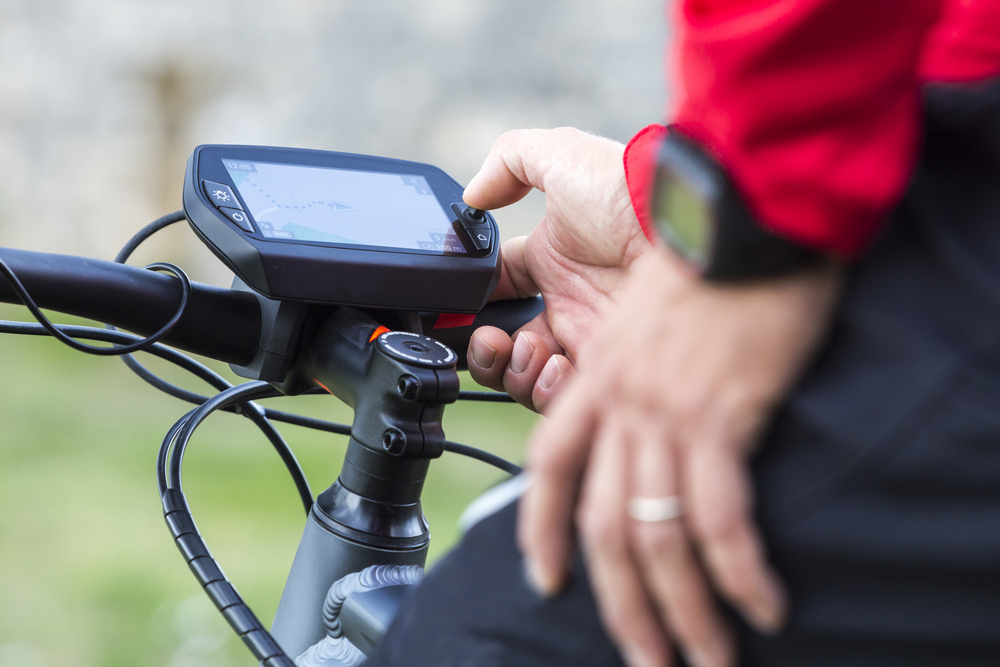 It is easy to control the e-bike from your handlebars

But I’ll look silly: E-bikes are one of the fastest growing types of bikes in Europe, and they are becoming a trendy gadget to own or hire. As they become more mainstream many more people will consider buying one, so no-one will stop to stare at you on an e-bike. The style and look of e-bikes are also changing, and many look very funky and modern, including road and mountain e-bikes. The looks that I got from the general public were more raised eyebrows and amusement than derision as I whizzed by with a massive grin on my face!

Group cycling: E-bikes provide a more even playing field for all types of cyclists. If you hanker after joining a group of friends who are very keen cyclists but you are not fit enough and e-bike gives you the opportunity to keep up and without worrying about being left behind or holding up other people. For example, e-bikes are becoming popular as alternative transport for completing longer distance sportives. While some people ride these events on ordinary bikes, others can join in on e-bikes.

You’ll see more: If you would like to do a cycling tour, but you are worried about managing the mileage, an e-bike is a great solution. You can easily reach places in far less time so you’ll see more of a country on one cycling holiday.

E-bikes are for fit people, too: Even if you are a keen cyclist, there are benefits to using an e-bike. You’ll reach more places and see far more by taking an e-bike. E-bikes are also a great equaliser if you plan to go on holiday with a partner or friend who is not so bike fit. 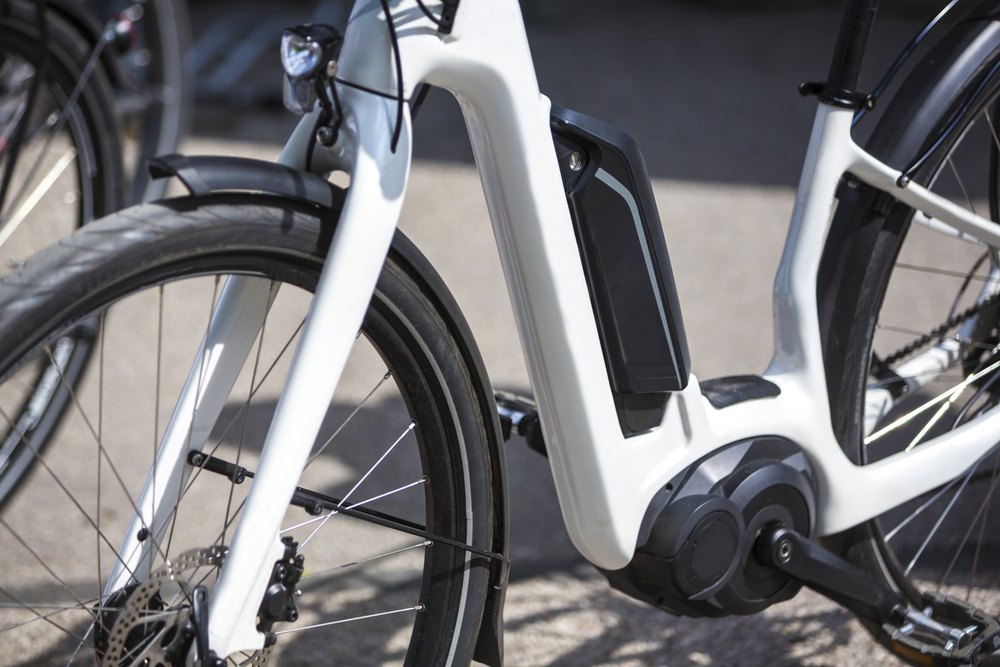 E-Bike batteries are getting more compact and lightweight

No need to worry about luggage: Because you have electric power you can carry all you might need with you on the bike. If you want to take your big fancy camera or extra clothes or books and maps, an e-bike will easily transport this for you.

Safety: E-bikes can make nervous riders feel safer on the roads. Because they have an inbuilt power booster, it’s possible to quickly avoid potential dangers and mix more easily with vehicles that have engines.

They are so much fun: I have thoroughly enjoyed riding e-bikes. They add a whole new level to cycling and can take you to new speeds and destinations that you never thought possible on two-wheels. For a more detailed look at E-bikes, you can read our blog post - The E-Bike Revolution: What is an E-Bike? E-bikes are available on most Macs Adventure Cycling Tours. Simply get in touch with one of our cycling specialists to check if e-bikes are available on your chosen tour or browse on the Macs Adventure website.