Venice, what romantic has not dreamed of strolling alongside it's canals and exploring this jewel of a city? However, there is so much more to this area nestled on the shores of the Adriatic than its most renowned city. Discover the regions of Veneto, Lombardy and Trentino on a self-guided cycling holiday with Macs Adventure.

With luggage transfers, high quality bike hire options (including e-bikes where possible) and great Italian accommodations provided, you can relax and allow your cycling holiday in Italy to be a personal renaissance for you and your chosen travel companions.

On a biking tour from Verona to Lake Garda depart Verona from the arches of it's Roman Amphitheatre and pedal the lush vineyards of Soave overlooking the turquoise waters of Lake Garda, where the jagged peaks of the Dolomites provide a dramatic backdrop. For an easy-going Italian Bike & Boat holiday the Mantova to Venice route is ideal, and includes guided tours of Venice and Mantova! Prosecco enthusiasts should take to the quiet roads through the timeless countryside of Veneto to discover the history and culture behind these iconic vineyards on our Pedaling Prosecco, Padova and Venice trip. Alternatively, the Venice to Porec trip presents a unique opportunity to visit three countries, under your own steam in just 8 days of relaxed cycling through Italy, Slovenia and Croatia along the shores of the Adriatic Sea. 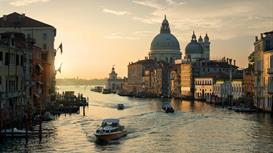 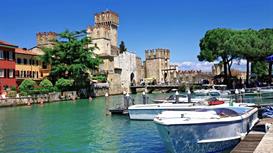 0 Reviews
Cycle Verona to Lake Garda
Ride from the Renaissance city of Verona to the southern shores of Lake Garda.
From £875.00
More Info 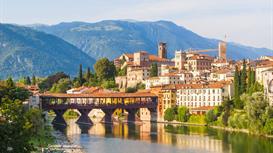 2 Reviews
Pedalling Prosecco, Padova & Venice
Pedal from the waterways of Venice to the Prosecco hills of Padova, through history and beauty.
From £645.00
More Info