Peace of Mind Booking Guarantee
67
Pros and cons of endurance bikes
Do you have any questions?
Call us on +44 141 530 5452
Contact a specialistLive Chat
Written by

Pros and cons of endurance bikes

If you have been looking for a new bike in recent years the chances are you will have come across "endurance" bikes. Also known as "sportive" bikes, this style of bike is aimed at people who are keen to ride longer distances, perhaps on a cycle tour or holiday, with more comfort and joy. Most brands now have a range of these "endurance" road bikes that offer a “more relaxed” ride over many miles. In addition, this style of bike usually comes in male and female models and across a spectrum of prices, so whether you're a new-comer to cycling or have been cycling all your life, there will be a bike to suit your budget and demands. But perhaps you’re thinking, a road bike is just a road bike, isn’t it? Well, no! There are many types of road bikes from stiff and fast time trial bikes to sit-up hybrid bicycles. In between are a wealth of other road bike styles. Endurance road bikes are a more comfortable version of race-orientated road bike, with some specific features.

Relaxed geometry: The frame geometry of an endurance bike allows the rider to be a little more upright on the bike so that sore backs and shoulders are less of an issue. The higher handlebar position also reduces the strain on your back and neck. Some bikes have shorter top tubes to bring the handlebars closer to the saddle. This means you can ride more miles without feeling the energy-zapping pain of a more severe bent-over position. Yet, you would still call this type of bike a “racer” because of its look, style and drop handlebars.

Smoothing-out “suspension" frames: These are not like the hydraulic suspension forks and seat posts that feature on a mountain bike, but clever in-frame design features that aim to make the ride on rough and rutted roads just a little more comfortable. In some ways they iron-out the buzz of general road cycling. For example, Specialized use “Zertz vibration dampers” in the front and rear forks, while Trek have their IsoSpeed Decoupler that “separates the ride-tuned seat post from the top tube” to give a type of gentle suspension. Fatter tyres: In addition, endurance bikes tend to have wider tyres, such as 25mm, instead of 23mm, and a longer wheelbase to make the bike more stable. Some have a 28mm tyre, or can be fitted with this width of tyre, for extra cushioning than a 23mm tyre. You can inflate them to lower pressures and benefit from a smoother ride without sacrificing too much speed.

Saddles: You’ll also find gender-specific saddles to give great comfort in the nether regions over many miles.

Brakes: The newest ranges of endurance and sportive bikes come with disc brakes, rather than traditional calliper style. It’s claimed that discs are more efficient over the long-term. They certainly have better stopping power and all-weather and all-weather. I have found them to be lower on maintenance, too. (You should note that disc brakes are not allowed in some road races so if you plan to race you should choose calliper brakes instead.)

Gears: Gearing is usually in a wider range on endurance bikes, especially at the easier end of the scale. Look out for cogs as large as 32 on the back cassette, which, when coupled with compact front cassette, provide some very easy hill climbing ratios. Cycling long distance and up and down hills is not meant to be a trial or a battle against the pain. It’s meant to be an easier, pain-free joy.

Bikes for men and women

Thanks to increasing demand from more female cyclists, most brands now produce a women’s series of endurance bikes. These have the same, or very similar, specification to the men’s bikes but they have adjustments to the geometry of the bike. Women’s road bikes have shorter top tubes to bring the handlebars closer to the seat. This is because, on average, women have shorter bodies and longer legs in relation to total height. A woman on a man’s bike is usually over-stretched to reach the handlebars. 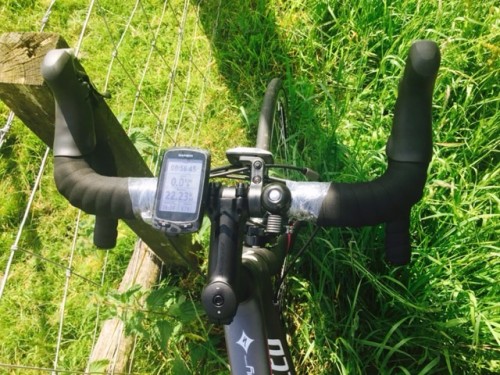 Endurance bikes to suit all budgets

Brands already have good ranges of endurance bikes, starting from £500 and increasing to more than £8,000, so there is a bike for everyone. More models are being added as these bikes become increasingly popular. At the more affordable end of the scale you can expect alloy frames and lower spec components, such as Shimano Sora. These improve as you pay more and for around £2000 you will get a carbon bike with Shimano 105, or even Ultegra, groupsets. Many frames share key features across price points however so you'll get the same comfort enhancing benefits and a degree of upgrade potential, too.

A small word of warning about speed

Of course, all this relaxed styling will not produce the optimum power of a very stiff carbon bike but if you are looking to go further at an average pace and in more comfort then an endurance/sportive bike is a great choice. They are the ideal bike for cycle tours and holidays, especially if your luggage will be transferred for you.