With its wealth of artistic heritage, long and beautiful coastline, unique identity and hospitable people, cycling in Puglia should definitely be on your wish list. Ideal for the leisure cyclist the gently rolling inland plains dotted with olive groves, grand villas and crumbling watchtowers make for more easy-going terrain than Tuscany's hilly landscape. From Romans to Normans, Greeks to Byzantines, everywhere you travel there is evidence of these ancient civilizations. A cycling holiday in Puglia is surely the perfect way to discover its beautiful landscapes, while immersing yourself in the best of the region's culture!

Relax and simply enjoy the ride in the knowledge that your luggage transfers are taken care of, and that each day's route is selected to ensure you get the most out of your trip. At the end of each day you'll arrive at friendly local accommodations showcasing wonderful Pugliese hospitality.

Discover the Highlights of Puglia as you cycle from the charming Trulli houses of Alberobello across the olive grove carpeted plains, and along the Ionian coastline to finish in the Baroque town of Lecce - the 'Florence of the South'. For those with less time, cycle Puglia's Salento Coast - pedal the tip of Italy's heel taking in Lecce, Gallipoli, stunning beaches and rugged coastline along the way. Looking to treat yourself, then why not upgrade to In Style accommodations? Or would you like a little assistance in the saddle - speak one of our knowledgeable specialists about hiring an e-bike? 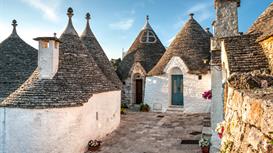 8 Reviews
Cycle The Highlights of Puglia
Discover the best of Puglia; relaxed cycling and cultural highlights followed by delicious cuisine.
From £1,095.00
More Info 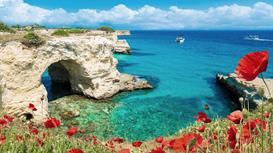 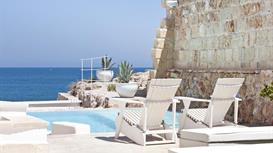 1 Reviews
Cycle Puglia In Style
Cycle Italy's south from the Adriatic waters of Monopoli to the UNESCO town of Alberobello.
From £1,015.00
More Info