Walking Holidays in The Peak District

The first National Park ever created in the UK, the Peak District offers a variety of stunning classic British landscapes. From the highest point and craggy rocks of Kinder Scout in the Dark Peak, to the rolling limestone and flower-rich dales of the White Peak, this area offers sublime walking and a rich cultural and historical heritage, including Chatsworth house, home to the Duke and Duchess of Devonshire. It is no wonder that this area has inspired famous authors such as Brontë and Jane Austen in their literary works of art, Jane Eyre and Pride & Prejudice. Combined with spa towns like Buxton and pretty villages such as Edale, the Peak District makes the perfect back-drop for a wonderful walking adventure.

Enjoy the ease of having your luggage transferred between stops, and hassle-free walking using our carefully written route notes. Perhaps take time out at one of the tempting tearooms to enjoy a tasty Bakewell Pudding, a local speciality! You can relax safe in the knowledge that at the end of the day a warm and friendly welcome awaits you at one of our cosy B&B's or perhaps a traditional coaching inn. 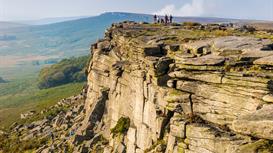 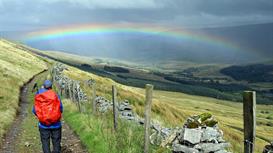 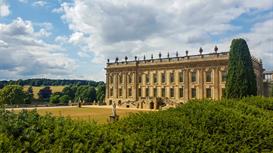