Peace of Mind Booking Guarantee
67
10 great birdwatching apps
Do you have any questions?
Call us on +44 141 530 5452
Contact a specialistLive Chat
Written by

Most people now have access to a smartphone or tablet on holiday, which means you can make good use of many helpful apps. In this blog we take a look at birdwatching apps. When walking or cycling in the UK or new countries, you will no doubt come across birds that you have never seen before, or hear the sounds of unusual birds, or perhaps you’ll spot birds that you have seen many times but can’t quite recall their names. Holidays are also a great time for exploring nature at a slower speed – and with a mobile app in your hand you will learn so much more.

10 birdwatching apps for your smartphone 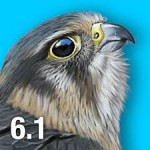 iBird UK & Ireland Guide to Birds Find out which birds are which, identify them from their calls, take photos and make notes all on one highly acclaimed app. This app offers a comprehensive guide to birds in the UK and Ireland. Platforms: iPhone and iPad Cost: £10.99 Buy from itunes.apple.com 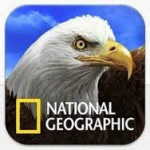 National Geographic Birds: Field Guide to North America This is a one-stop resource for bird enthusiasts. It lists almost 1,000 species and 3,000 illustrations of birds of North America. Take this app with you on walking and cycling holidays in North America. Platforms: iPad, iPhone, and iPod touch. Cost: £7.99 Buy from itunes.apple.com 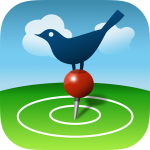 Birdseye apps Access bird guides and identifications for a multitude of countries worldwide. You can browse detailed maps of bird sightings, nearby or worldwide, view photos, text, and sounds, find birdwatching hotspots near you or where you're going on holiday and so much more. This app also connects to Wikipedia and Flickr from within BirdsEye for more information and photos. Platforms: Android and iOS Cost: Free for the basic download. Add paid-for memberships for different countries and worldwide. See Birdseye

Birds of Britain Pro: A Field Guide Written and designed by bird watching experts, this is app offers a guide to 297 birds and also includes songs and calls provided by a sound recordist. The app is further enhanced with text specially written by biologist Dr Hilary Wilson and there are photos showing a variety of plumages. Platforms: iPhone and iPad Cost: £10.49 Buy from itunes.apple.com

RSPB eGuide to British Birds The RSPB eGuide to British Birds is an interactive companion to The RSPB Handbook of British Birds and one that has been trusted by birdwatchers for a long time. The app features hi-res images, distribution maps and detailed text descriptions of more than 290 bird species found in Britain and Ireland. There are also audible calls for most bird species and it’s possible to compare two birds on the same screen (including calls). Platforms: Android and iOS Cost: £4.99 Buy from play.google.com and itunes.apple.com 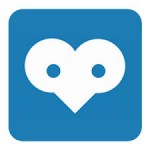 UK Birds – Birdwatching app This birdwatching app has photos and information for more than 600 birds that either live or have been spotted in Great Britain and the British Isles. It works offline and with no need for additional downloading. It’s possible to filter birds based on type, or status in the UK, or search for them by name. Enlarging the images of the birds can be done through a quick touch-screen tap. Platforms: Android. Cost: 69p Buy from play.google.com Bird Song Id:

Auto Recognition A useful app if you want to identify the birds simply from their call. Bird Song Id helps you to identify a wide variety of birds of the British Isles by their songs and calls. Simply record a bird singing and use Automatic Recognition to help identify it. Platforms: Android Cost: £2.99 Buy from play.google.com

Chirp! Bird Song of Britain and Europe + Extend the bird call recognition to Europe with Chirp! There are also a number of special features, including a “human translation”, to tell you what the bird is actually saying. Platforms: iPhone and iPad Cost: £2.99 Buy from itunes.apple.com Collins Bird Guide app - 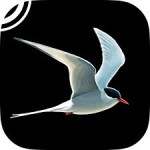 The Ultimate Field Guide for Britain & Europe This app is the app of the Winner of the 2014 FutureBook Award for Best Non-Fiction Digital Book. It is highly recommended although it does cost more than other apps. Platforms: iPhone and iPad Cost: £13.49 See Collins Bird Book Guide 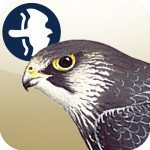 And one more birdwatching app

Bird Journal Record bird and wildlife sightings, maps, habitats and photos and share your records with other people. You can also take a look at other people’s bird watching records. Platforms: iOS and Android Cost: free to start then £34.99 per year. See Bird Journal

Our team of specialists are here to help you plan your next adventure, contact us for advice & inspiration.