Peace of Mind Booking Guarantee
67
9 of the Best Wilderness Movies
Do you have any questions?
Call us on +44 141 530 5452
Contact a specialistLive Chat
Written by

9 of the Best Wilderness Movies

Big screen films can evoke many emotions, such as excitement, anticipation, poignancy and longing, or a mix of all of these. But we think some of the best movies are the ones that inspire you to go out and do something different. Here we reveal 9 of the best films to motivate you to get into the wilderness – or think about going to wilder places. 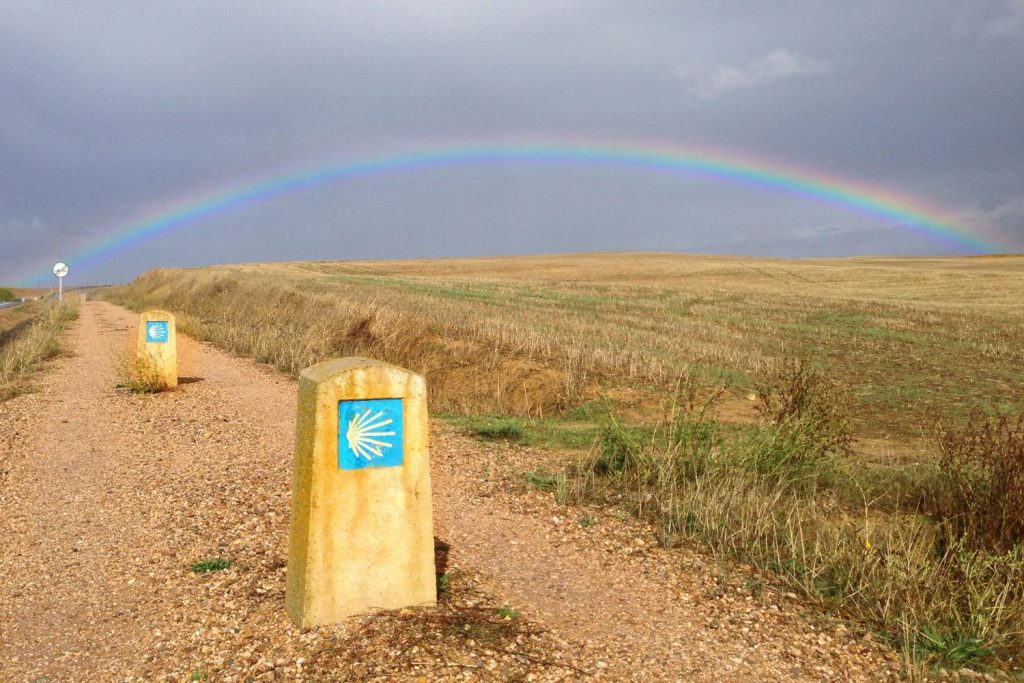 This film pays tribute to the power of the popular long-distance walk, the Camino de Santiago.

When a father heads overseas to recover the body of his estranged son, who died during a storm while travelling the El Camino de Santiago, he decides to take the pilgrimage himself. As he walks the father meets other people to form a mini group of pilgrims who travel the way to the end at Santiago de Compostela. Although a sad story the film is ultimately uplifting and showcases why many people come to hike this famous pilgrimage route. See our choice of Camino walking tours. 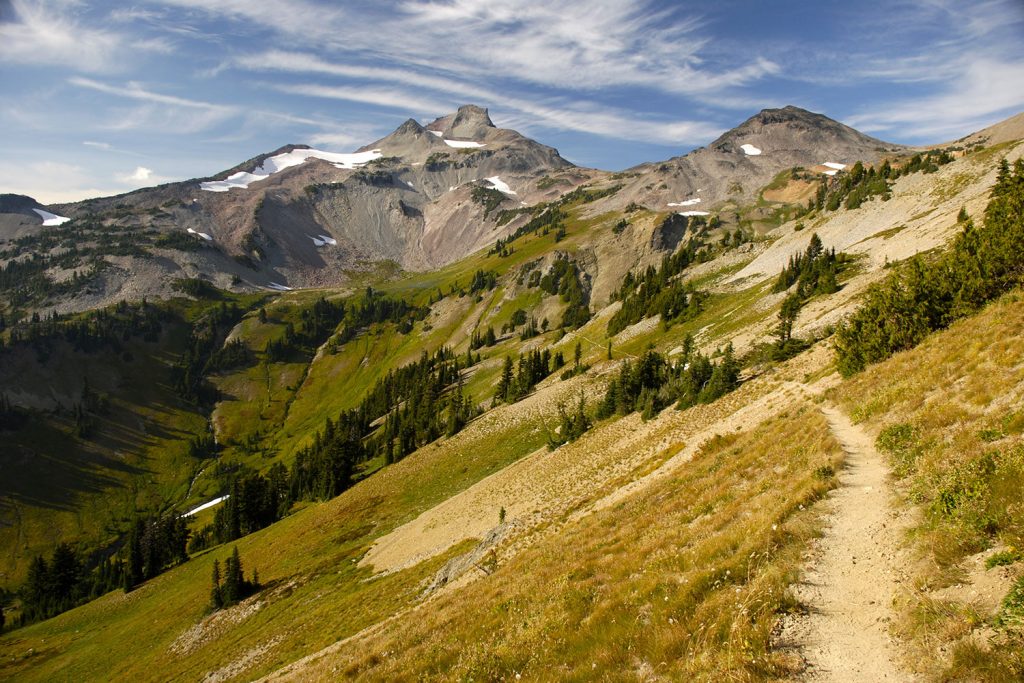 Again sparked by personal tragedy and troubles, this film tells the story of a woman’s 1,100-mile solo hike Cheryl Strayed, played by Reese Witherspoon, sets out to walk the Pacific Crest Trail in America. The tale is of self-discovery and healing while also revealing the benefits of being surrounded by the stunning natural beauty of the PCT.

A Walk in the Woods 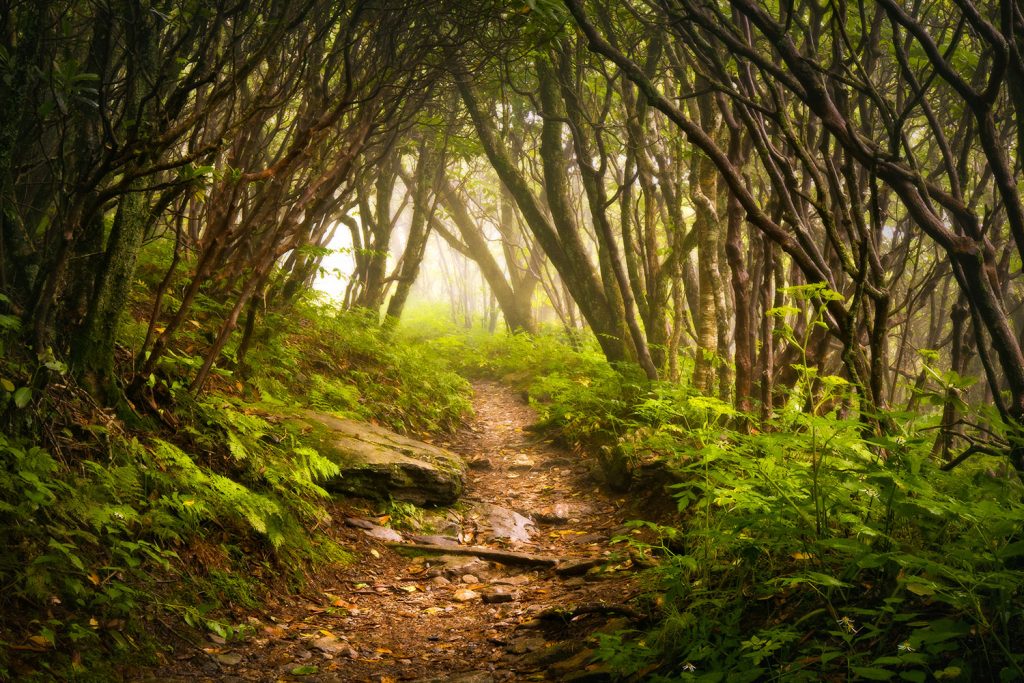 Acclaimed America travel writer Bill Bryson (played by Robert Redford) sets off with a long-lost friend to hike the Appalachian Trail, which extends more than 2,000 miles from Georgia to Maine in America. The film is part meandering travelogue about his middle-aged attempt to hike this notoriously tough trail, part an examination of the relationship of the two friends and how their lives have developed and part a showcase for the natural beauty of this American trail. The movie is funny, up lifting and motivating. If these two guys, who appear to be such newcomers to long-distance walking, can take on an epic overland hike, why can’t everyone? For inspiration, see our recent blog, There is more than one way to complete a long distance trail. 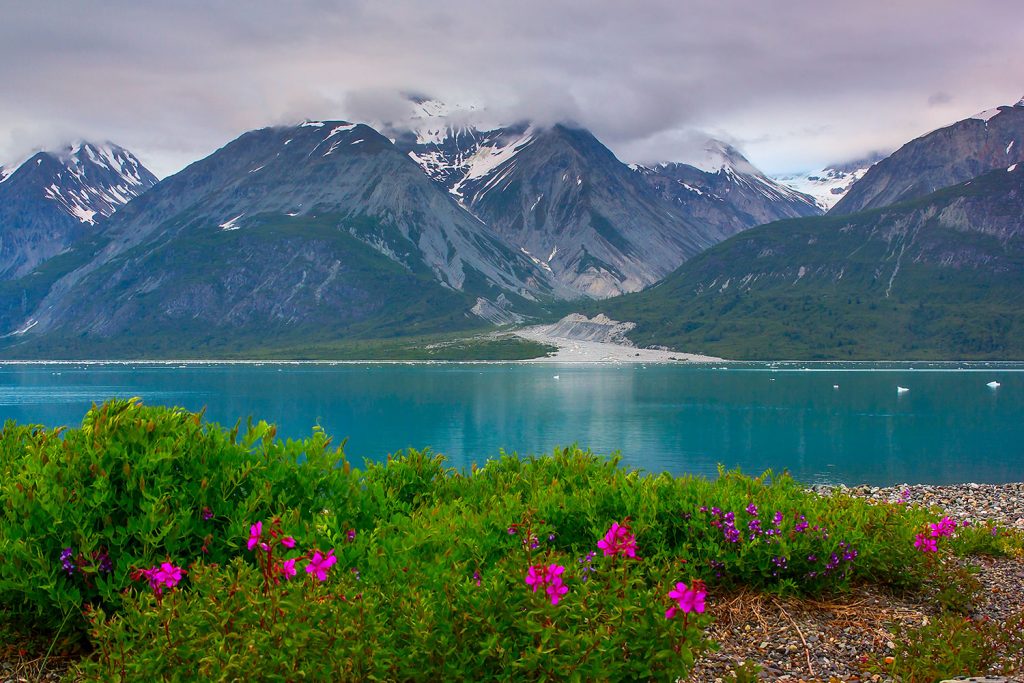 Although this film is ultimately tragic it still offers a powerful wilderness attraction. The movie is based on the book of the same title, written by Jon Krakauer, about a successful American college student, Christopher McCandless, who turns his back on a high-earning career, gets rid of all his possessions and walks in the wilds of Alaska. At first, McCandless seems content with his basic life, living and surviving alone from the land and surrounded by nature. But while the wilderness can be stunningly beautiful it can also be cruel at times. We won’t spoil the ending of this film but suffice to say it makes many people cry. 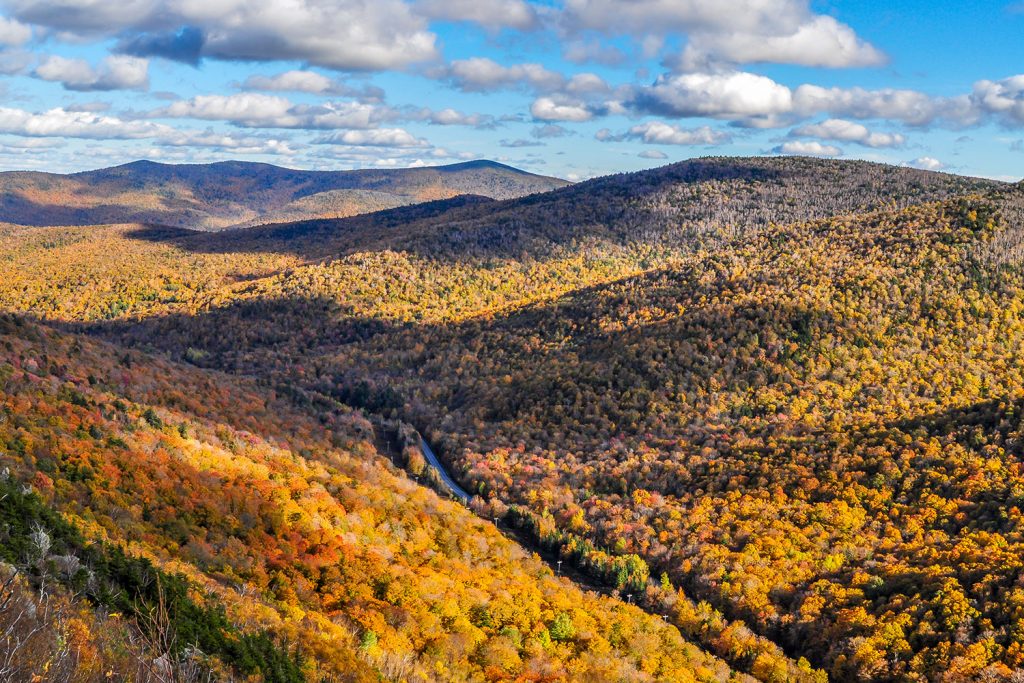 Finding Traction tells the inspirational story of ultra runner Nikki Kimball and her bid to become the fastest person to run America’s oldest hiking trail, the 273-mile Long Trail. The film asks what drives her to attempt the feat and follows her journey through training and racing in the Rocky mountains and her record attempt through Vermont’s Green Mountains. 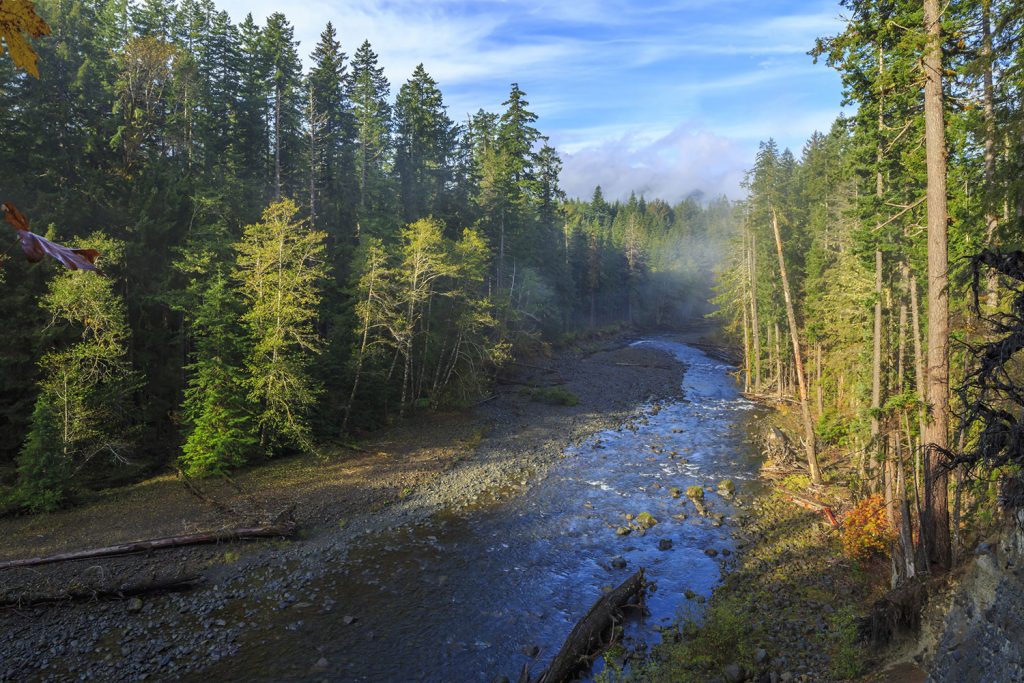 Ben Cash (played by Danish-American actor Viggo Mortensen), his wife Leslie and their six children live deep in the wilderness of America’s Washington state. The parents have chosen to become isolated from society and are content to devote their lives to raising their children. The payback is kids who are brilliantly educated, physically fit and incredibly able at surviving in the wilderness. The film makes the audience think about what life would be like without the modern trappings of highly absorbing an distracting technology and how much better we might all be if we lived closer to nature. The family face one of their biggest challenges when they are forced to leave their wild home to spend time in an unfamiliar modern world. It’s a superb story that is funny, challenging and spirit-lifting. It leaves many people with a desire to spend at least a little more time in the outdoors, if not a great deal more time. 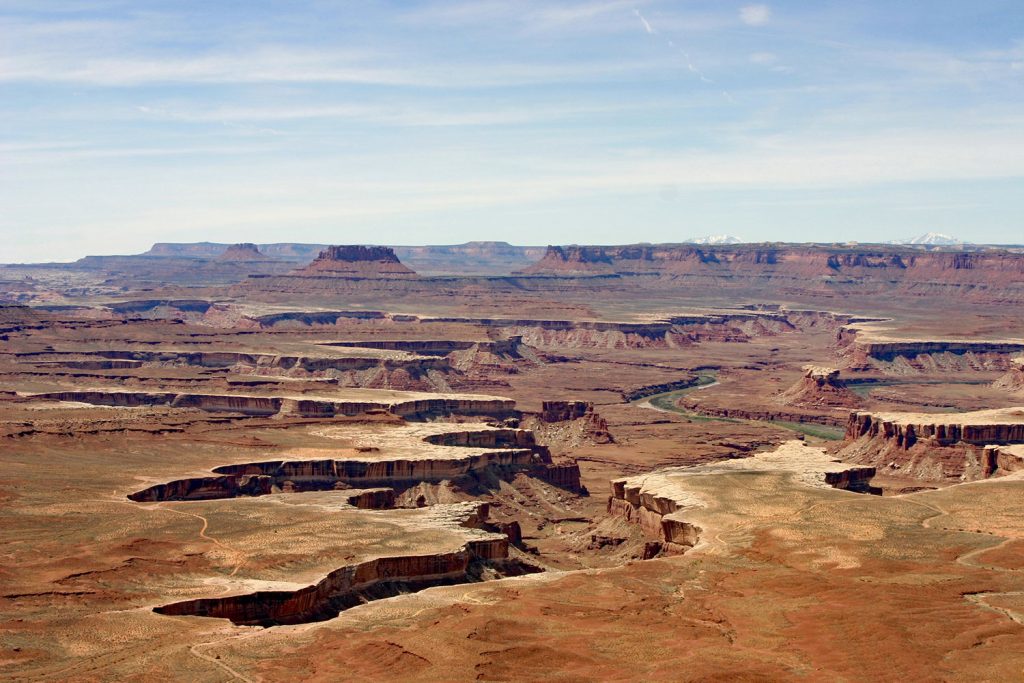 The movie plot centres on a climber, Aron Ralston (played by James Franco) who ends up trapped under a boulder while canyoneering alone in Utah. Over the next five days, Ralston examines his life and considers his options, which lead to him making the agonising and excruciating choice to amputate his arm so that he can extricate himself and try to make his way back to civilisation. The true story, based on Ralston's book, Between a Rock and a Hard Place, is emotionally painful but also reveals why many people are attracted to the other-worldly landscapes of the canyons of Utah and asks what the audience might have done if faced with the same situation. Would you fight for your life? 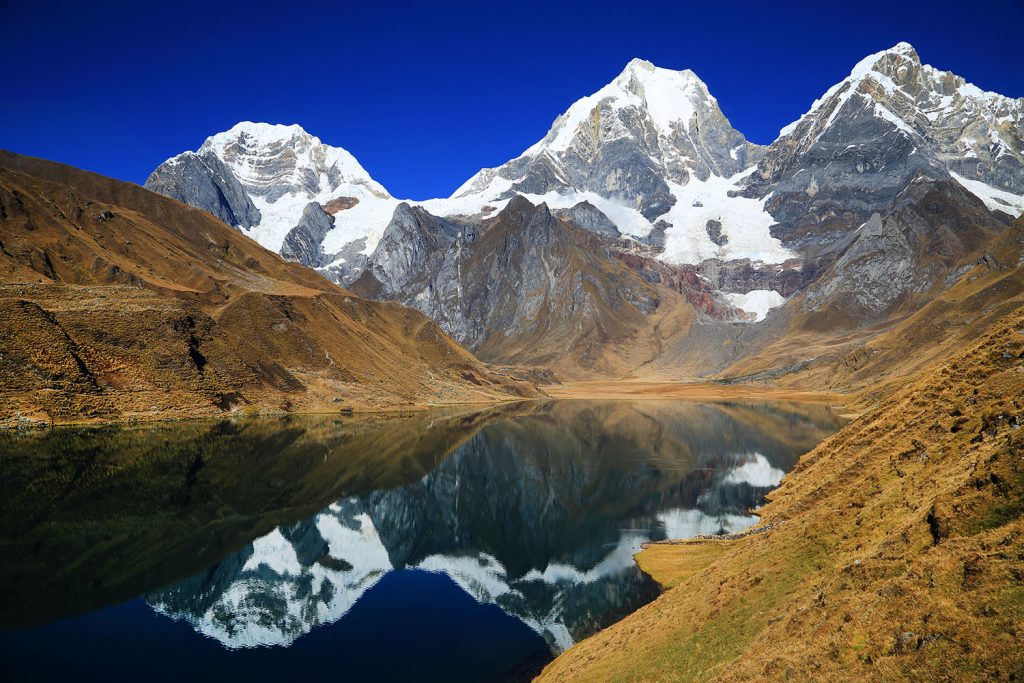 The movies tells the gritty and challenging story of two young climbers, Joe Simpson and Simon Yates, who take on the challenge of reaching the summit of Siula Grande in Peru via the previously unclimbed West Face. The attempt is successful but on the return a near-tragic incident sees Joe Simpson falling down an ice cliff and breaking his leg. To help Simpson back to base, Yates takes on the arduous and dangerous challenge of lowering his friend down the mountain by rope. At one point in awful weather and both almost hypothermic, the pair become stuck, neither able to move on the end of the rope. Yates has to take the decision to cut the rope or risk both of them dying. Simpson falls into a crevasse and Yates assumes him to be dead. Yet incredibly Simpson is not. He spends three days without food and with almost no water, crawling and hopping five miles back to their base camp with his mangled leg. Although a difficult movie to watch, it reveals the enormity of what Simpson achieved surrounded by the stark but magnificent landscape of the Andes and his survival is often hailed mountaineers as one of the most amazing stories of all time. The film might not make you want to climb tough mountain routes but it will surely encourage you to seek out fabulous wilderness locations to enjoy you own more comfortable hikes or simply to stare in wonder. 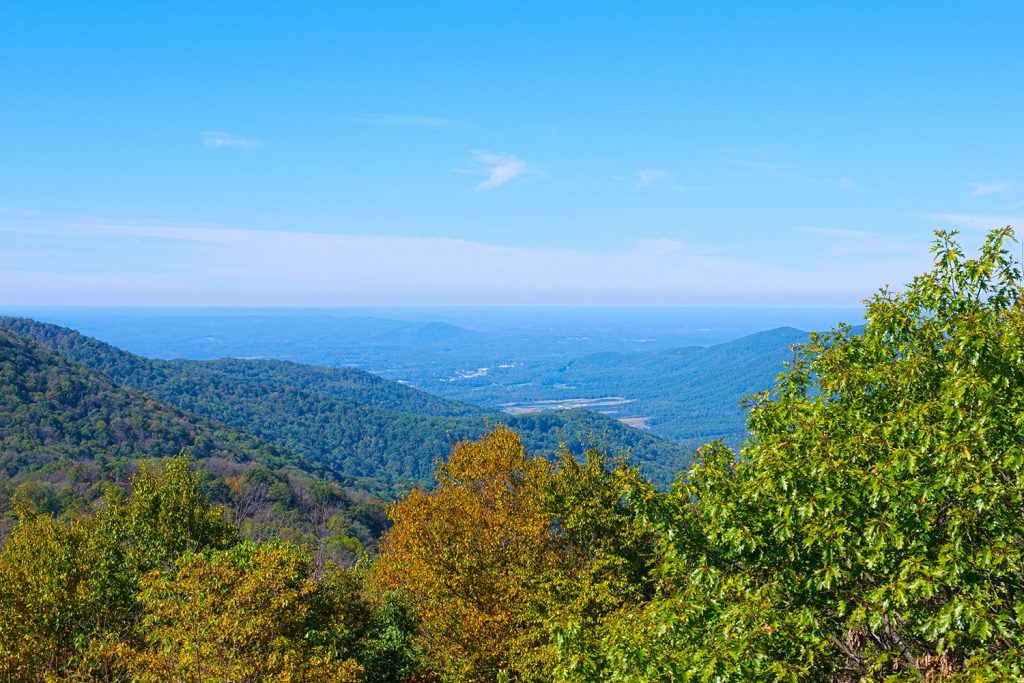 Subtitled, The Race that Eats its Young, this film reveals the race that attracts people who want to test their limits of physical and mental endurance in what is claimed to be one of the world's toughest events. In its first 25 years, only 10 people have finished The Barkley Marathons. The ultra marathon trail race is held in Frozen Head State Park near Wartburg, Tennessee. Amid the madness of the runners, you will glimpse a parkland area of wonderful beauty in southeastern America.