Adventure of the Week: The Dingle Way

Wild and rugged coastlines, long sandy beaches, lush green fields of wildflowers and heather, the Blanket Islands, ruined castles, archaeological monuments, warm Irish hospitality, and plenty of Guinness. In County Kerry on the southwest coast of Ireland, the Dingle Peninsula is a spectacular stretch of coastline that forms the westernmost point in Europe - National Geographic Traveller once described the Dingle Peninsula as "the most beautiful place on earth." Learn more about the 180 km Dingle Way, a route which takes the walker through a magical landscape that is home to, arguably, the Emerald Isle's most impressive archaeological heritage. 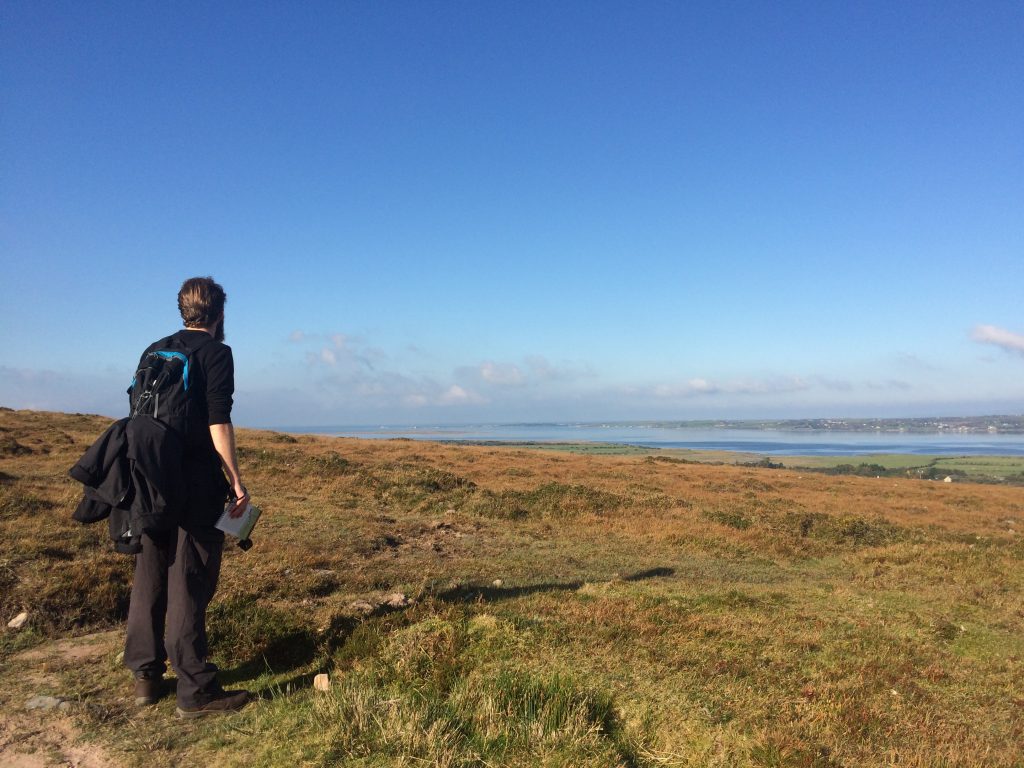 Begin in Tralee and follow canalside paths passing by Blennerville Windmill before reaching the open moorland of the Slieve Mish range and the Finglas River, from where you can enjoy fantastic views of Mount Brandon (953m) the largest peak in the area. Section 2 continues up to Caherconree Fort (683m) and the summit of Caherconree Mountain (835m) before descending to the pristine Inch Beach, which featured in the film Ryan’s Daughter, finish in the town of Annascaul with a pint in the South Pole Inn, a pub established by Antarctic explorer Tom Crean.

Head west from Annascaul along scenic country roads complete with high hedgerows through farmland until you reach Minard Castle located in a small sandy cove. The endpoint for today is the town of Dingle, renowned for its music, seafood and culture, with over 53 colourful licensed premises and plenty of friendly locals you won't struggle to find somewhere for a good drink. Continuing westward you reach the turquoise sea at Ventry Harbour, take off the boots and dip your weary feet in the cool water before pushing on along the medieval roads around Slea Head which overlook the Atlantic and give views of the mystical Blasket Islands and also pass by historic forts and many clochains - drystone beehive huts. 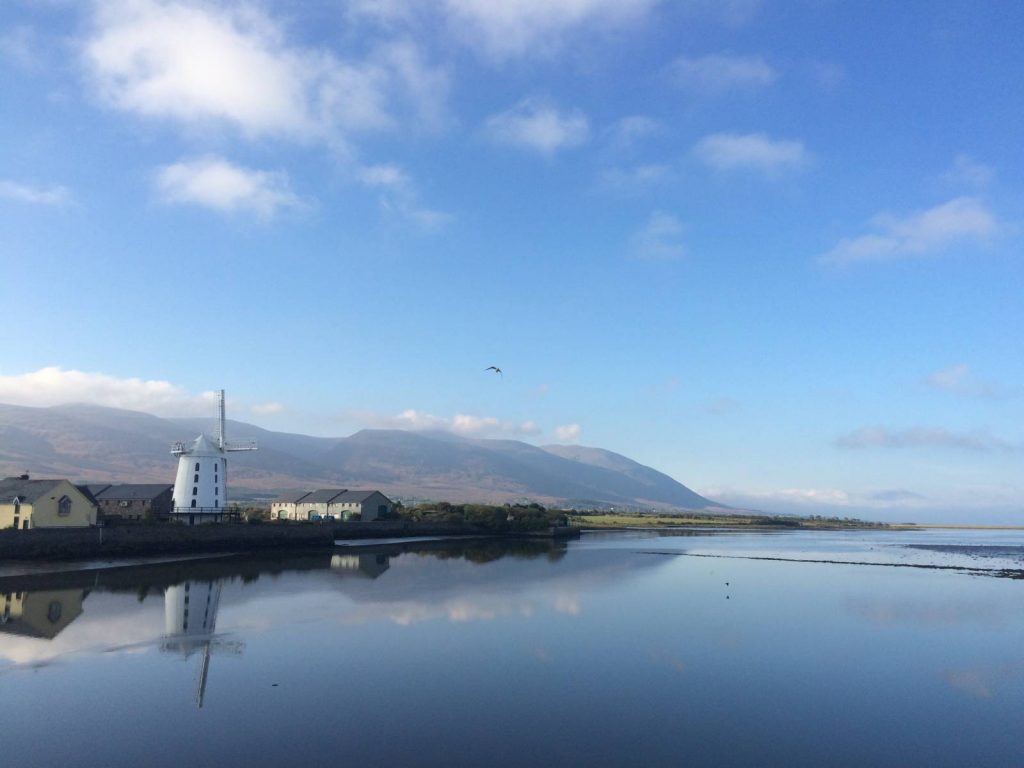 Blennerville Windmill along the Dingle Way

Cross the shoulder of Mount Brandon and enter the Ballyhoneen area, one of the prime archaeological sites on the Dingle Peninsula, there are a number of groups of standing stones and a blanket bog, the development of which is thought to have begun in the 3rd Millenium BCE and where the turf is still harvested in the traditional way. Finish up this day in the quiet village of Cloghane. Striding out of Cloghane you are rewarded with fine glacial valley views before reaching Ireland's longest beach, Fermoyle Strand, a seemingly endless string of thundering waves breaking along the 11kms of golden sand and dunes! From Castlegregory, it is a simple stroll to Camp from where you can continue on to Tralee by foot or take one of the most scenic bus journeys in all of Ireland to finish off your adventure on The Dingle Way.

This walk is graded moderate and involves walking on varied terrain with substantial daily distances. 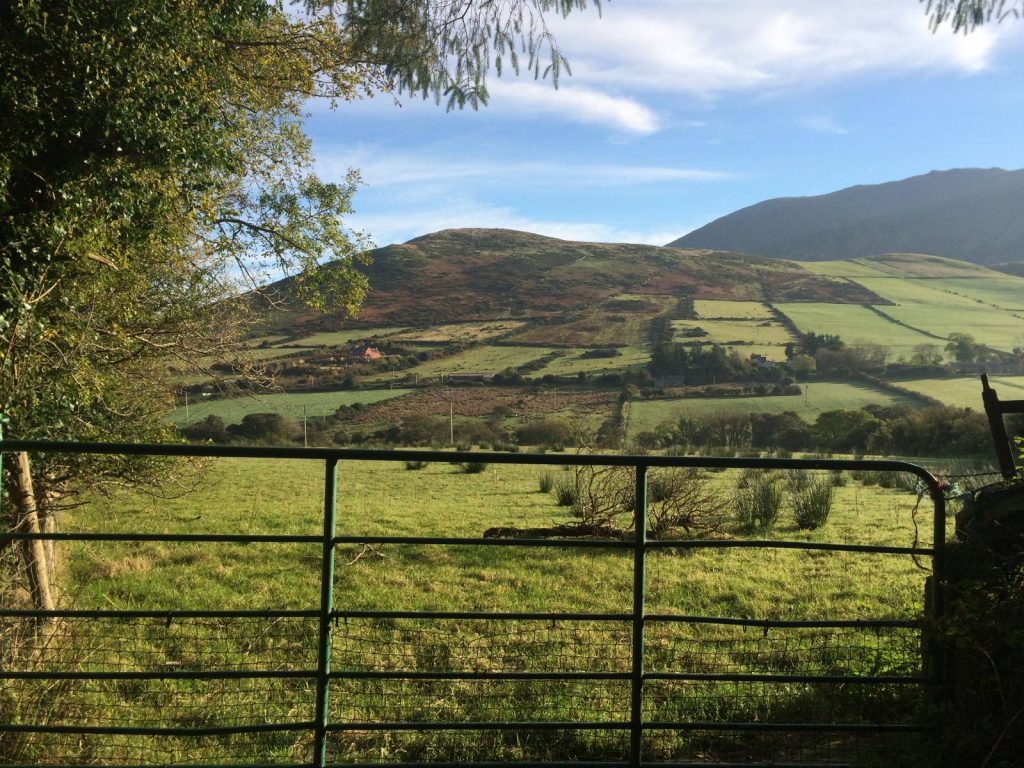 Discover the Dingle Peninsula's rich history and archaeological heritage. The numerous standing stones provide evidence of a human presence in the area all the way back to 2,000 BCE. For those interested, there are also many poignant memorials along the route which detail various events in Ireland's unfortunate history, including the massacres carried out by the English in the 17th century, the Irish Potato Famine and the Irish War of Independence. 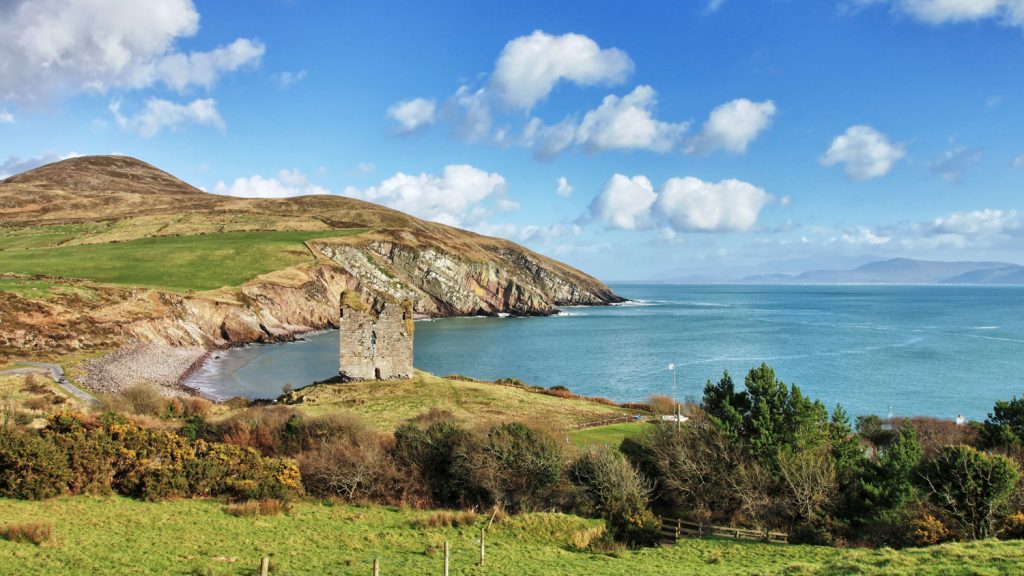 Incredible coastal scenery makes for fantastic walking including a good amount of beach walking along some of Ireland's top beaches such as Dunquin Bay. 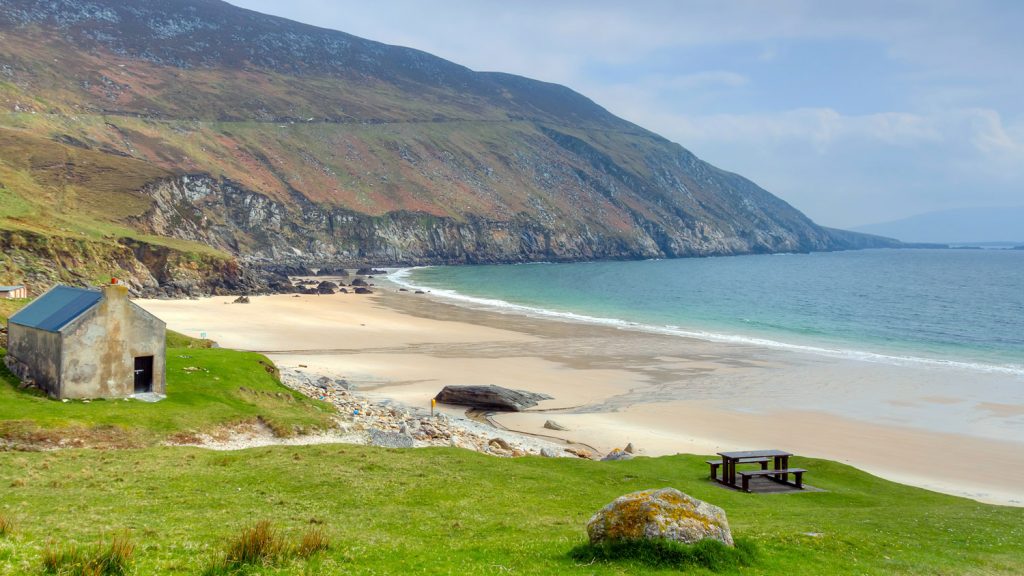 Experience the famous Irish hospitality in the small guesthouses we have picked out or in one of the many pubs in Dingle, where the music is traditional, the patron is friendly and the Guinness flows. Expect to be singing along, pint in hand. 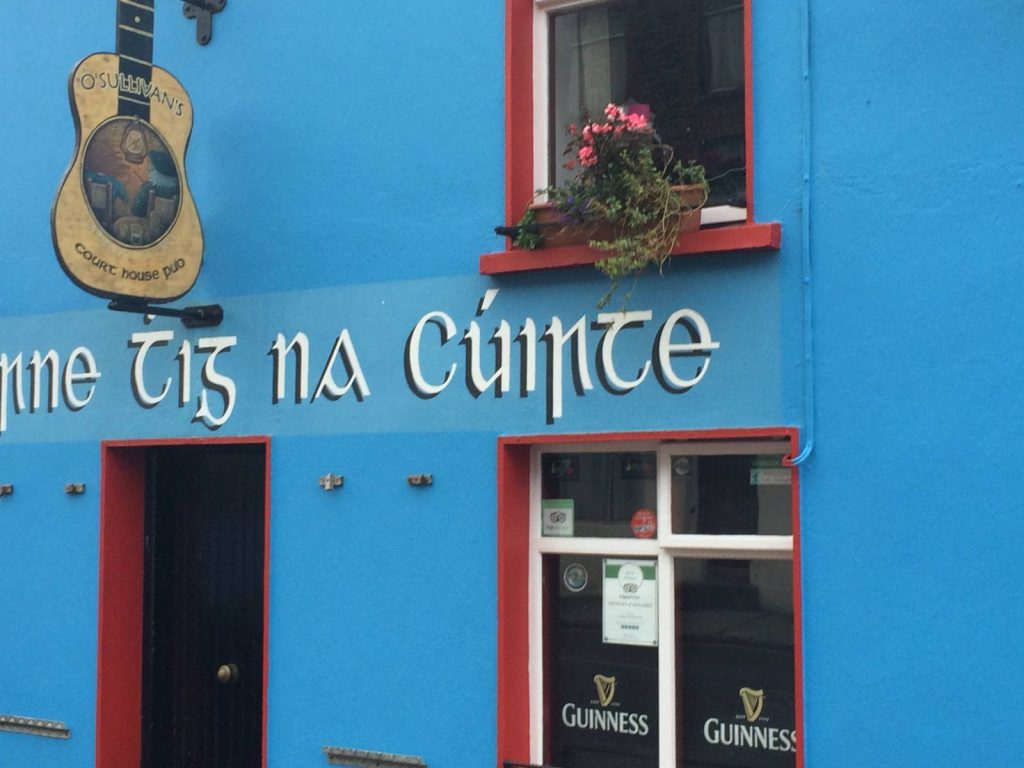 A pub in Dingle

Kerry Airport: Flights are available to Kerry Airport with Ryanair from London Luton, London Stansted and Frankfurt. Aer Lingus fly between Dublin and Kerry Airport. There is a bus (30 mins-1h30) from Kerry Airport to Tralee. For bus timetables, see www.buseirann.ie

If you are interested in walking the Dingle Way or would like to know more about our range of self-guided walking and cycling tours in Ireland, please get in touch with our team on hello@macsadventure.com.