Peace of Mind Booking Guarantee
67
Adventure of the Week: The Ridgeway
Do you have any questions?
Call us on +44 141 530 5452
Contact a specialistLive Chat
Written by

Adventure of the Week: The Ridgeway

England is crisscrossed (and soon to be encircled) by National Trails. These are long-distance walking routes are deemed to showcase the very best scenery and history in England, and you can always be sure that the paths and signage will be maintained to a high level. There are currently 15 National Trails in England, from the famous Hadrian's Wall Path and South Downs Way, down to some lesser-known, but spectacular trips. Often overlooked but bursting with goodness, we present The Ridgeway. 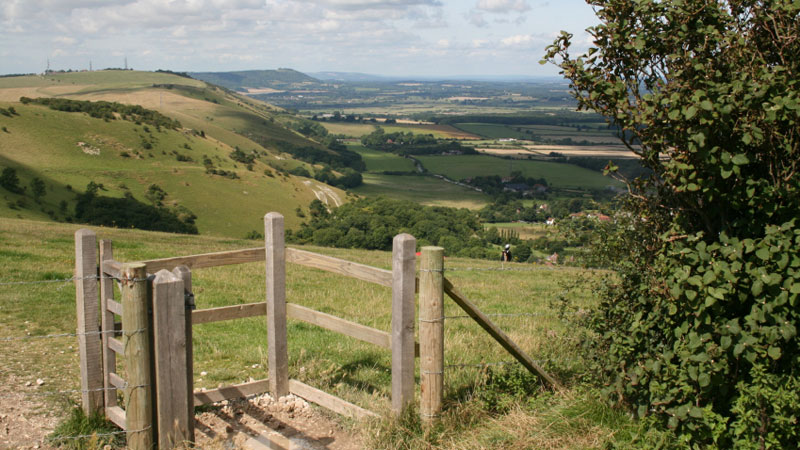 Looking across the South Downs from the Ridgeway.

Where: The Ridgeway is located in the south of England, between London and Oxford. Starting off in the village of Avebury, you wind your way along 'Britain's Oldest Road' through the North Wessex Downs and in the shadow of the Chiltern Hills before reaching the delightfully named Tring at the end of the trip. Distance: The Ridgeway is an 87-mile adventure which we offer over either six or eight walking days, so if you want to take it a little easier, there is the option to do so. Grade:  We grade this trip Easy to Moderate. In saying that, The Ridgeway is often touted as being the easiest of all the National Trails and for the most part, it is.  however, there are some steep ascents and descents from escarpments along the way, so we don't want to give anyone the idea that they can run off and do it in their flip-flops! As it is a National Trail, the paths are great as is the waymarking and we will give you everything you need to make sure that navigation is one thing you don't have to think about much.

The Ridgeway offers a week exploring the deep greens of the English countryside and offers many of the same landscapes and snatches of rural village life that the Cotswolds offers, but with much less tourism. You can spend the day walking in tranquillity, watching the wildflowers burst from the ground all around you and in the evening, eat locally sourced meals made with passion in a quiet country restaurant. The Ridgeway is most famous for its connection with history. It is often referred to as 'Britain's Oldest Road' and has been used for over 5000 years by farmers, traders and soldiers to travel across the chalk ridge. However, the wealth of historical sites along the route are almost unparalleled, and you will have time to explore them as you walk along. You start off in Avebury, home of the largest stone circle in the world. Avebury Manor is a 16th Century house, but unlike other stately homes, you can actually sit on the chairs, lie on the bed and really get a chance to experience what the house would have been like to live in. Just outside of Avebury on your first days walking you will climb up to Barbury Castle Iron Age Fort, where the concentric circles, built over 2,500 years ago, allowing stunning views of the surrounding countryside. 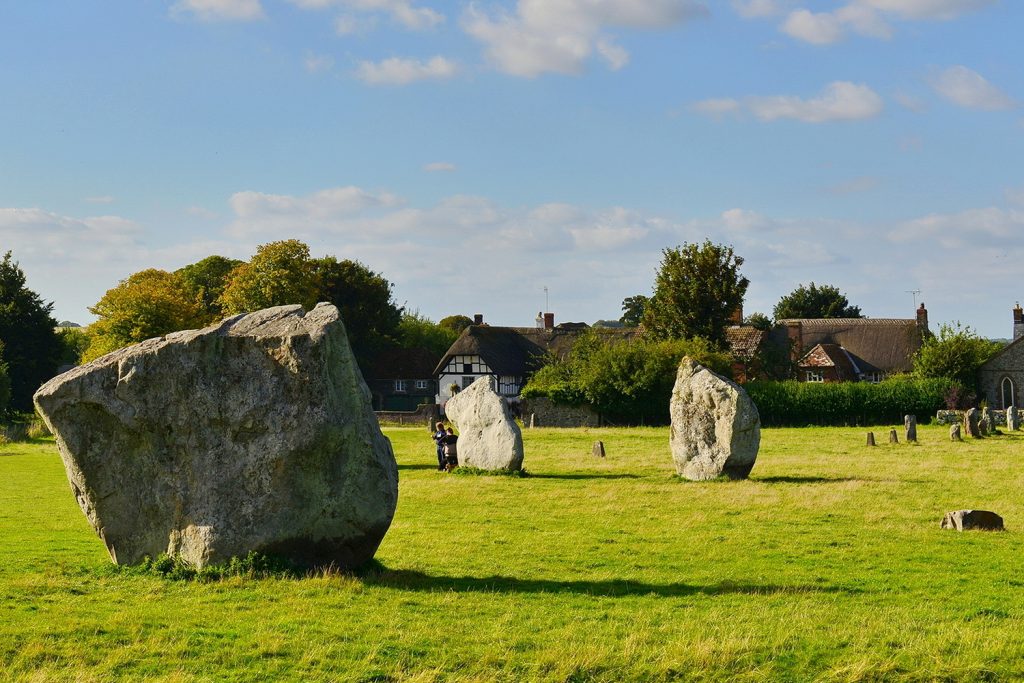 These Iron and Bronze age forts are an amazing feature, and three others line the Ridgeway at Liddington, Uffington and Segsbury. Just to show off, Uffington also has the White Horse, the oldest chalk-cut figure in Britain, estimated to be 3000 years old.  There is also a natural mound called Dragon Hill which is closely associated with the legend of St George. All of this history is thirsty work, so you will be pleased to hear that you will be able to spend a little post-walk downtime in a variety of traditional country inns and pubs you will find in each of the delightful towns on the route. After you reach Goring, you will spend some time walking along the Thames (a crossover point for our Thames Path trip, another National Trail) and this brings a different side to the trip after walking through so much open, verdant countryside. 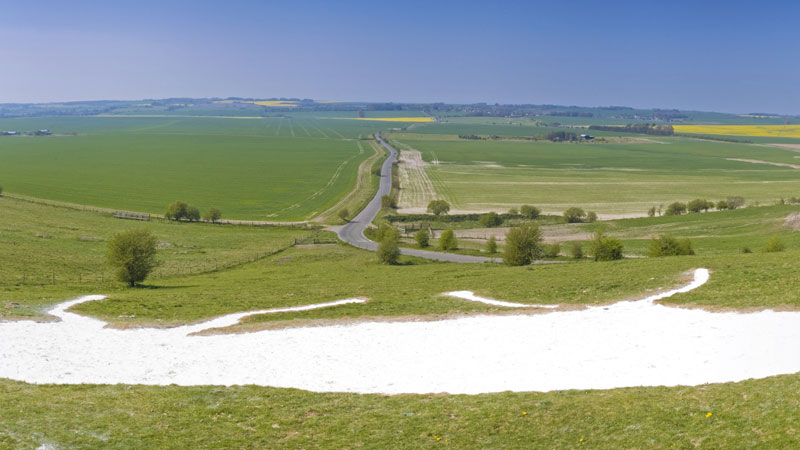 Getting to and from The Ridgeway is easy enough as you are in such close proximity to London. It is around an hour and a half travelling time to get to Avebury, via Swindon and on the way home, Tring connects back to London Euston station in 40 minutes. If you have any questions about the route, don't hesitate to contact one of our Destination Specialists, who will be more than happy to help.