67
Camino Frances and Le Puy Way Differences
Do you have any questions?
Call us on +44 141 530 5452
Contact a specialistLive Chat
Written by 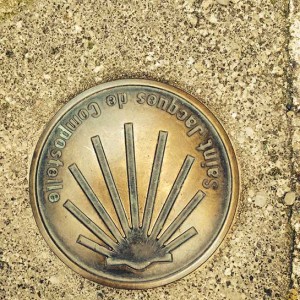 The food was very different – French cuisine opposed to Spanish cuisine. In each region the food was always native to the region. This not only varied in the both French and Spanish routes but it varied within each route. This was very interesting and made the food diverse within both trails. On the Camino Frances it was possible to get a pilgrim evening meal right, left and centre. However this was not the case on the Le Puy route. Thankfully evening meals are included on the Le Puy way in the Macs Adventure package otherwise I really think I would have found it much harder to find a suitable place to eat.

The villages on each route had a very different style. From my experience on the Camino Le Puy, the villages were kept pristinely well in their primitive way. It was obvious to see the wealth that used to be in France during the medieval ages. Having said that the little villages in Spain were dainty and were pleasing to the eye. Both routes clearly showed their heritage. The French culture was certainly different to the Spanish lifestyle. I noted the French people along the Le Puy way had less English than the Spanish on the Camino Frances. So I’d recommend learning a few basic words to get you by. 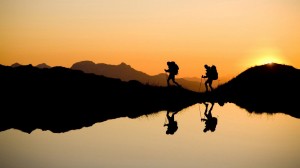 Both routes are extremely well way marked. But I particularly liked the Camino Le Puy's signage. For instance, if there was a cross roads they would have an X on the three other wrong routes. And the plan red and white arrow on the appropriate way. (The coloured arrow to follow on the Le Puy way are Red and White. And on the Camino Frances it's a yellow arrow.) It’s possible to get a pilgrims passport for both routes and get the passport stamped along the way.

In a Nutshell (Scallop shell on this occasion):

If you are looking to meet fellow travellers, and want a social walking trip I would recommend the Camino Frances. However if you are a traveller looking for a rustic experience the Le Puy way would be a good choice. Both routes are scenic and worth the visit – it just depends on what type of experience you’re looking for. If you want to discover the Spanish culture, go for the Spanish route. For a more French authentic experience go discover the Le Puy way. In my opinion both trails are at the same walking grade.

Macs Adventure offer Camino Tours on the Camino Frances and Le Puy Way, giving you the peace of mind of having all your accommodations booked, whilst allowing you to independently enjoy the wonderful Camino experience. Baggage transfers are available (and some meals included depending on the itinerary), and you can tailor make your trip to add extra rest days should you need them. Visit www.macsadventure.com/camino-tours/