Peace of Mind Booking Guarantee
67
Peruvian food: Eat like a local
Do you have any questions?
Call us on +44 141 530 5452
Contact a specialistLive Chat
Written by

Peru is a land of contrasts, from Machu Picchu and the Amazon rainforest to the vibrant city of Lima. The food is as colorful and diverse as the land which makes it a gastronomic delight. Lima has built quite a reputation for itself with some of its restaurants being awarded the best in the world. Here are our top 10 Peruvian dishes worth seeking out while your there. 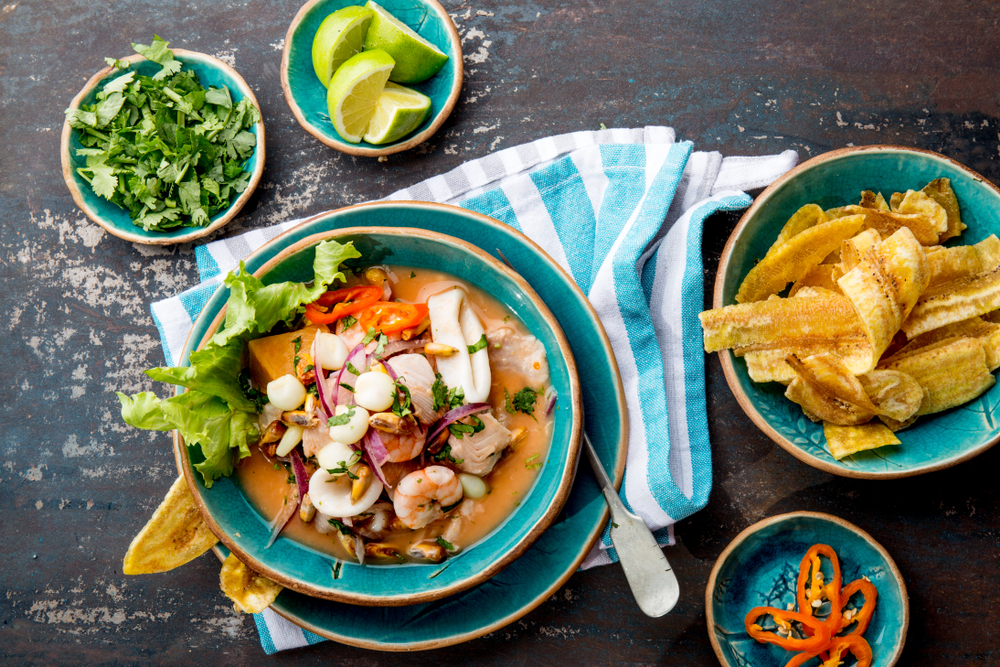 In Peru, ceviche has been declared to be part of Peru's "national heritage"

The national dish of Peru, the word “Ceviche” translates to “fresh fish” - it’s the freshest zestiest, most delightful dish you'll ever taste. It started with just 5 ingredients: sea bass marinated in lime juice, onion, salt and chillies. The citrus juice “cooks” the fish giving it a delicate flavor.  It’s that tasty there are now variations of it all over the world from big-name chefs and, it has its own holiday declared in its honor. It’s really that good.

Peru is home to thousands of different kinds of potatoes so it's unsurprising that potatoes are a staple ingredient in most of their dishes. This dish is a kind of Peruvian comfort food, it consists of boiled potatoes in a spicy, rich creamy sauce. It’s one of the most common dishes all over the country and often served as street food.

Lomo Saltado is a Peruvian dish, that brings together Chinese and Peruvian cooking styles and taste. It’s a popular traditional dish, a stir fry that typically combines marinated strips of sirloin with onions, tomatoes, french fries and is typically served with rice. Simple but delicious! 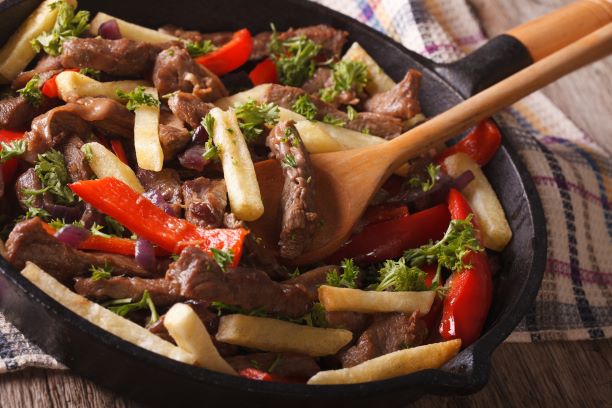 This is one for the adventurous. It’s basically deep fried guinea pig stuffed with herbs. Although it seems strange to us Westerners, It’s been eaten in the Andes for thousands of years. Guinea pig originated in the Andean region and were originally raised specifically for eating. You’ll find this on most menus in Cusco, however the locals only eat it on special occasions such as birthdays and fiestas.

This is Peruvian street food at its best. It’s just pieces of meat marinated in vinegar and spices barbecued on a skewer – just like a kebab.  The locals tend to use beef heart so if you want the real experience go for it, otherwise, there are other meats available. Anticuchos often come with a boiled potato or bread on the end of the skewer. 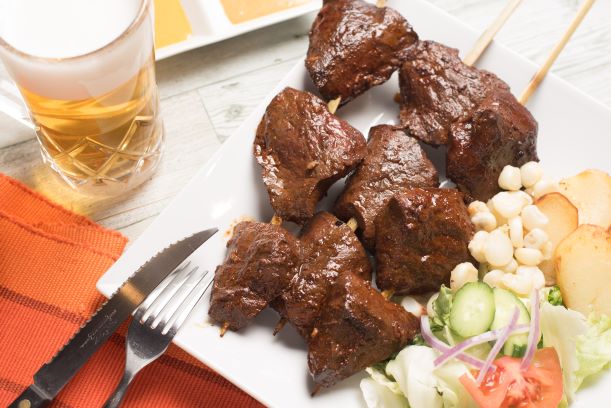 So its not a "dish" but you cannot go to Peru without trying a Pisco sour. A frothy cocktail based on the Pisco (kind of brandy) lime juice and sugar syrup. The first creation dates back to the early 1920s - its a must-try! 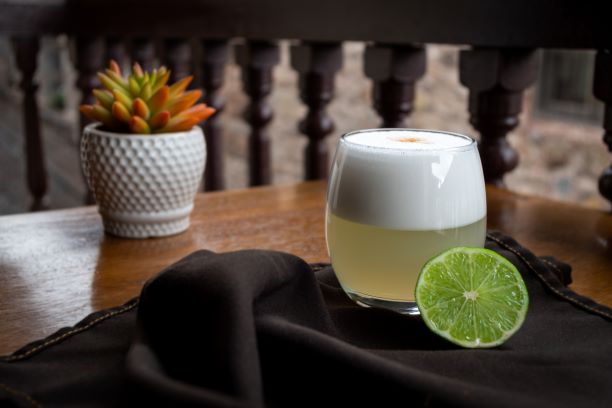 It could be translated to Fire in your mouth. It’s the Peruvian variety of stuffed peppers. Their said to be ten times as hot as a jalapeno. The pepper is stuffed with spiced, sautéed ground beef and hard-boiled egg and topped with melted cheese.  Its often associated with Arequipa a city in the Andes mountains, influenced by Spain but nowadays you can try them pretty much anywhere in Peru.

Peruvian cuisine might be known for savory dishes, but we all need a sweet fix too. Lucuma is a tree fruit that looks like a mango but has a custard-like taste. If you are travelling to Peru during the summer months (January to April) you can find it in most markets. Specialty ice cream shops usually make their own using fresh Lucuma - yum!

Lucuma is an ultra-nutritious fruit packed with vitamins and minerals

You’ll find quinoa on the menu at most Peruvian restaurants especially around Cusco. It’s a wonderful tummy warmer and will go down a treat after a long day of travelling. It’s also a popular dish in the high Andean mountains since its easy to make but delicious in flavor!

You can find these sweet and savory corn cakes in bakeries and food markets throughout Peru. Team it with a coffee - and it might become your favorite go to snack while your there!

The eclectic foodie experience is just one of many reasons to visit Peru, combine it with a walking adventure and you have the trip of a lifetime.