Peace of Mind Booking Guarantee
67
How to get rid of midges in Scotland: Best midge repellent and protection
Do you have any questions?
Call us on +44 141 530 5452
Contact a specialistLive Chat
Written by

How to get rid of midges in Scotland: Best midge repellent and protection

It’s summer in Scotland and as well as the beautiful weather, incredible scenery and welcoming people, there is a fair chance of seeing a midge or two, particularly on the West Highland Way. If we’re honest, there will be more than just a few midges around in some west coast places, and especially in the early morning and as the sun sets in the evening. Scotland is not unique with its biting beasties population but, certainly, many people will have heard of the fierce Scottish midge. Midges are not dangerous, although they can cause itchy bites. Some people appear to be more tasty to the flying insect and can end up being irritated by them more than another person, even one standing by their side. Also, some people are more affected by bites. While one walker or cyclist will suffer only tiny red dots where the midges have bitten, someone else could come up in larger, itchier bits. It seems to be bad luck, rather than there being anything you can do to change this outcome. Top-tip: The itch can be helped by taking anti-histamines.

The best way to avoid being bitten by midges is to cover up your bare skin at times when they are most likely to be around. If it’s a still, humid morning or evening, wear long-sleeved tops and trousers. A midge net made for your head can be a useful addition to your outdoors kit list. As soon as the wind picks up or there is bright sunshine, most midges will disappear. 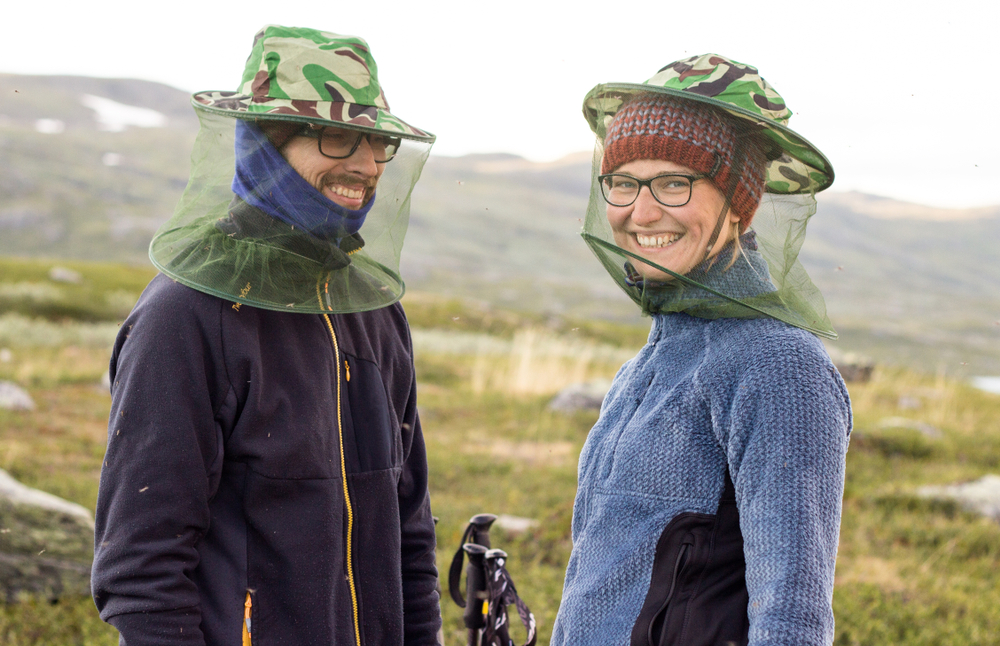 How to beat the midges

There are many midge repellents and a few midge traps on the market. Here are some of the best.