Peace of Mind Booking Guarantee
67
Simon Reeve's Pilgrimage - Episode 2
Do you have any questions?
Call us on +44 141 530 5452
Contact a specialistLive Chat
Written by 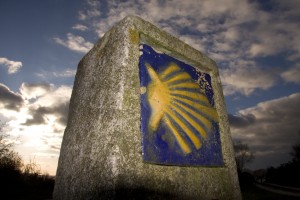 The simple act of walking, stated Simon, is much underrated, now that we all rely on our cars. Too true, and I'm probably guilty of that over-reliance myself. Simon Reeve's absorbing Pilgrimage series continued on BBC2 last night, and once again I was hooked.

The first pilgrim Simon introduced was Ian Broderick. This was, I thought, a key part of the series so far, which took place right at the start of the episode. Ian has walked from England to Jerusalem (now that's what I call a journey!). Defining a pilgrim today is a complicated process, Ian claimed. It is no longer true to say that pilgrims are strictly doing what they are doing for religious reasons. "Pilgrimage mimics life", Ian claimed, "it is difficult, it is tiring, and there are events that surprise us". Meeting Ian indicated a shift in the series.

Whilst episode 1 focused more on pilgrims of days gone by, episode 2 addressed modern pilgrimage in more depth. There's no-where to hide from your thoughts on a pilgrimage, claimed Ian, and you really discover things about yourself. Moving into France, the episode began to explore how pilgrimage shaped Europe, with the infrastructure around pilgrimages shaping towns, communities and churches, and major ancient pilgrimage routes across Europe forming the basis of our major motorways and road networks today. On to northern Spain, and the Camino Frances.

Over 200,000 hikers completed the Camino in 2012, but up to half a million pilgrims made the journey each year back in the 13th Century, and as Simon pointed out, with western Europe at that point having a population of only approximately 70 million, that is a significant percentage! The Camino still draws people from all over the world, and Simon introduced a diverse group, from Lorna, injured in a house fire as a child and all the more determined to live life to the full, to an Australian couple walking for the challenge. Walking to walk. Learning about each other, and themselves.

At the end of the Journey to Santiago, the atmosphere seeped from the television! Song, exhilaration, exhaustion, enlightenment....all were palpable. On to the Via Francigena, or the route from England, via the Alps, to Rome. This is a route which is becoming increasingly popular, although it has not yet seen the same revival in popularity of the Camino. St Bernard's pass in the Alps, and to the refuge founded by St Bernard to protect, feed, and shelter pilgrims on their route to Rome. The atmosphere of camaraderie in the refuge was evidently shaped by the spirit of pilgrimage, and the diversity of the group staying there. 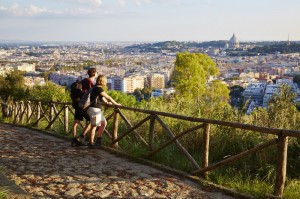 Moving towards Rome, and we were treated to a spectacular scene of Simon enjoying a view which Macs Adventure's Via Francigena pilgrims have testified really takes the breath away. I can't imagine the overwhelming sense of achievement the first glimpse of Rome must have given to the ancient pilgrim, having made their way from England.

All in all, this episode served to explore what pilgrimage means to us today, and what place it has in the modern world. Pilgrimage is about memories, experience and self-discovery, and whilst the modern pilgrimage is not always religious, it is undoubtedly always spiritual.