Peace of Mind Booking Guarantee
67
The E-Bike Revoliton! But what actually is an E-Bike?
Do you have any questions?
Call us on +44 141 530 5452
Contact a specialistLive Chat
Written by

The E-Bike Revoliton! But what actually is an E-Bike?

E-bikes, or electric bikes ("electrically assisted pedal cycles" to be formal), are big news at the moment, with sales increasing fast across the world. However, considering myself fit, choosing an e-bike on a cycling trip did pose a dilemma! Naturally competitive (with myself), did I really need it? But, on the other hand, should I not be putting in the maximum effort? But, after all, this was a break and an escape, and why not have a different way to take it easy?

It was a great decision! My regular cycling routes generally dodge the hills where possible, and in Greece, I faced HILLS. Having the option for extra help from the e-bike truly added to the enjoyment of the trip. So as a convert to the electric bike, I've summarised some information and advice explaining what they are, and how they could help you on your next cycling holiday. 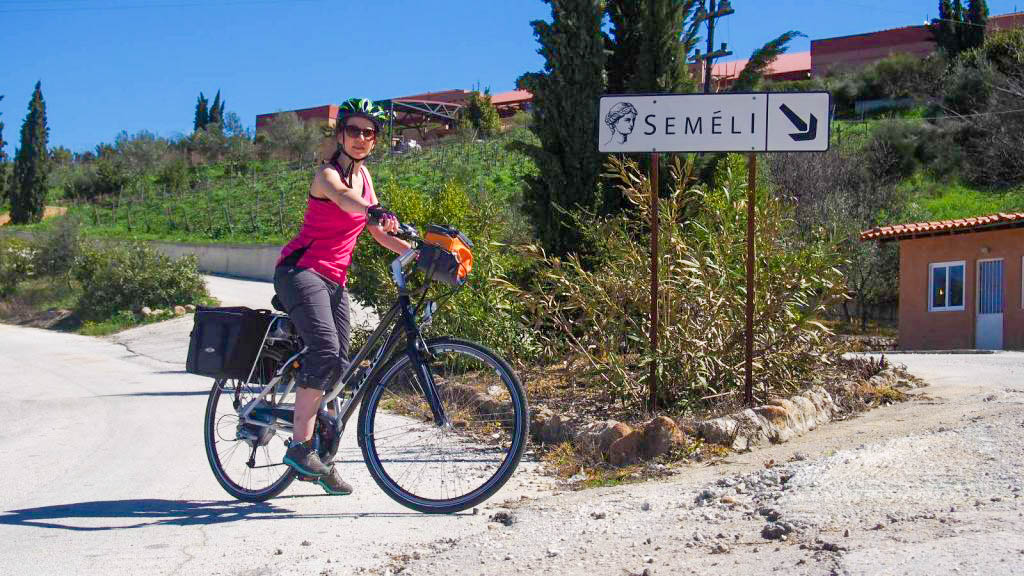 What is an E-Bike?

You can use an electric bike or "e-bike" just like a standard bike. Although it has a battery-powered motor, it is not a motorbike, and it won't move unless you're pedalling. An e-bike has a battery pack (usually on the back or attached to the lower bar of the frame), which, when switched on, will give the pedals a boost, making light work for your legs as you push up a hill.

How does an E-Bike work?

Switch it on via the digital display on the handlebars, and you'll get a display that usually gives you distance, battery charge indicator, and power level indicator. 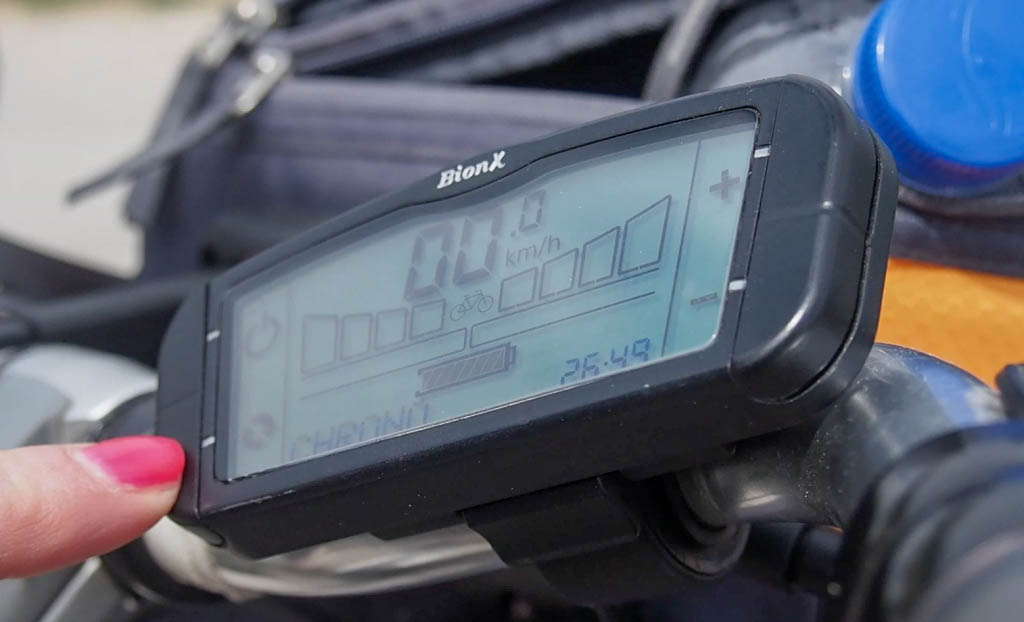 Each model is different, but simply switching the display or power on will not mean you automatically have power to the pedals. In the case of my bike, I had to use a throttle in the form of "up" and "down" buttons on the display to offer a choice of power level, from a gentle push to a full-on "oomph"! However, many models sense you pushing on the pedals to assist with the appropriate power seamlessly. The boost we got from full power was quite surprising (and it's fun to feel like you are super-charged for a couple of minutes). That's it. Other than that, you just need to pedal. And steer, of course!

Each bike is different, but in general, you can get as much (or as little) help as you want, and you very quickly get used to the controls.

The battery charges from the mains power, and you should make sure it is charged daily if you are on a multi-day trip. The bike I used had to be plugged in directly (the battery was not removable due to the pannier rack); however, in Greece, where the weather means most accommodation establishments have outdoor power sockets. 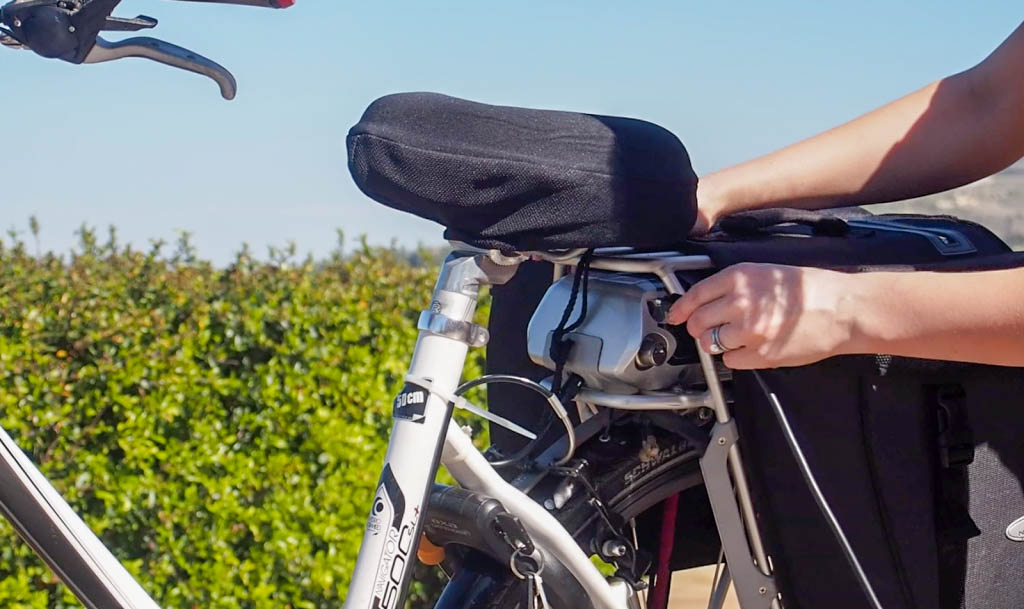 Many bikes have removable battery packs, so you simply take the pack into your room to charge at night. A full charge takes on average 3 - 5 hours. However, because you don't need to use the power much on flatter sections of your rides (or at all when going downhill), I found that there was always leftover charge at the end of the day, even despite asking my bike for a lot of help on some big hills!

What else do I need to know about E-Bikes?

E-bikes are a little heavier than standard bikes, so you have to remember that gentle hills you might typically manage OK on a standard bike may need a bit of power on the e-bike due to the extra battery and motor weight. This means it is a good idea to give it a full charge when you can.

They are, however, exceptionally efficient to run. Of course, it would help if you were over 14 to ride one on a public road in the UK. Suppose you're renting an e-bike on holiday. In that case, you probably won't have much choice between e-bikes bikes, but rest assured rental agents offer similar products to the one I highlighted here, which are easy to use, easy to charge in your destination, and will make your cycling trip the most relaxing ever (or even help you keep up with a keen-cyclist travel partner).

Expect to pay around £50/€60 up to £120/€135 on top of the standard hire price for a classic hybrid/touring bike. As we book your bike hire with locally sourced bike suppliers, it is completely dependent on their yearly rates.

Upgrading to an e-bike is possible on nearly all our self-guided cycling holidays for the perfect mix of adventure on two wheels and minimal effort!