Peace of Mind Booking Guarantee
67
The Tuscany Section of Via Francigena: A pilgrimage through God's own country
Do you have any questions?
Call us on +44 141 530 5452
Contact a specialistLive Chat
Written by

The Tuscany Section of Via Francigena: A pilgrimage through God's own country

by: Paul and Geraldine Godin 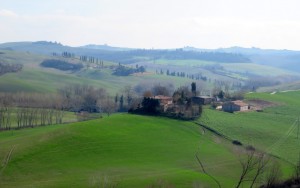 Though in Italy and the rest of Western Europe Christianity may well be in decline, a walk along the Via Francigena through Tuscany allowed us to experience the firm place Christ  has in Italian history/culture and in the lives of many people.  En route from Aulla, in the north west of Tuscany, to San Quirico d'Orcia, in the south east, we past countless shrines adorned with fresh flowers, rosary beads and other tributes of people's love for God. 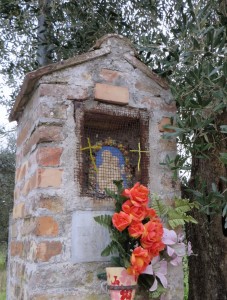 It is true that many of churches and abbeys along the way have fallen into disrepair or been turned over to other uses. The Duomo di Siena, (Siena's main cathedral) feels less of a place of worship and more of a museum for tourists to glance at and take a few pictures of the remains of an institution of a bygone age. However, we  also found many actively functioning churches offering daily Mass, and a monastery near San Gimignano that ran courses in bible studies and produced and sold its own jams, bread and tapestries. 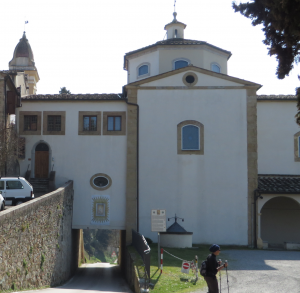 The nearby 'Santuario di Pancole' offers a great example of Christian faith in practice over the last five centuries. On this site, in the late 15th century, a priest established a shrine, with a painting of Mary nursing the child Jesus. Over time, the shrine became overgrown and eventually disappeared from view. Some two hundred years later, in 1668, when the area was experiencing famine, a 'beautiful lady' appeared to a deaf mute shepherdess, who was weeping over her family's plight. The lady asked the girl why she was crying. After she explained that the family had no food, the lady told the girl to go home where she would find plenty of bread, olive oil and wine. This she did, shouting the good news to her parents, who happily saw that she had been miraculously cured of her affliction. Furthermore, they found that the house was indeed stocked with provisions as the lady had promised.

Local people went back to the place where the girl had seen the lady and cut back brambles to rediscover the shrine, which then attracted pilgrims who came to venerate the Madonna, 'Mother of Divine Providence'. By 1670 a church had been erected and consecrated. This place of worship and pilgrimage was largely destroyed by the retreating German Army in 1944 but rebuilt within a few years. On visiting the church we found a display chronicling the full story, with pictures of the 1944 destruction of the church.   In the crypt of the church there were life size models depicting the nativity story. 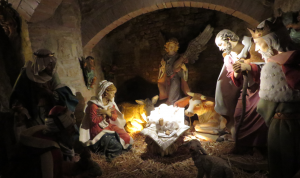 After buying a couple of crosses from the church shop, we found a priest sitting outside in the sunshine who obligingly blessed them for us. We were rather lightweight pilgrims compared to others we met along the way. Domar, an American who we met on the road from Altopascio to San Miniato, had already walked the full length of the French Way Camino, and written a book about it. Carla, a South Africa retired pharmacist, who we met in a cafe in Pont A Cappiano, was heading in the opposite direction from us. Having started in Rome she was on her way to Santiago de Compostela. An Australian man, who was also heading in the opposite direction, had previously done three long Camino walks to Santiago de Compostela; one from Valencia, another along the French Way and yet another along the Camino del Norte. We had only done a couple of hundred miles through Tuscany. There could be no doubt, we thought, that these heavyweights were following a spiritual path. If believe in God is most evident in what we actually do (rather than what we merely say), then perhaps the revision of pilgrimage walking is evidence that the Christian faith is not altogether in decline. 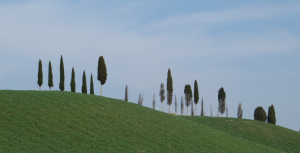 Plan a walk of the Italian sections of the Via Francigena to Rome, visit macsadventure.com for more information.