Peace of Mind Booking Guarantee
67
Walk of the Week: Madeira - The Flower Island
Do you have any questions?
Call us on +44 141 530 5452
Contact a specialistLive Chat
Written by

Walk of the Week: Madeira - The Flower Island

Year-round sunshine warms the lush green island of Madeira which is much closer to Africa than it is to Europe - even though it is a part of Portugal. The island is brimming with tropical plants and beautiful flowers which bloom around the network of waterways known as 'levadas' that traverse the island. The rugged coastline with its black sand beaches and cliffs complements the foliage-filled interior, full of wildlife and beautiful scenery. All in all, Madeira makes for an ideal walking getaway, and it is perfect for winter walking! 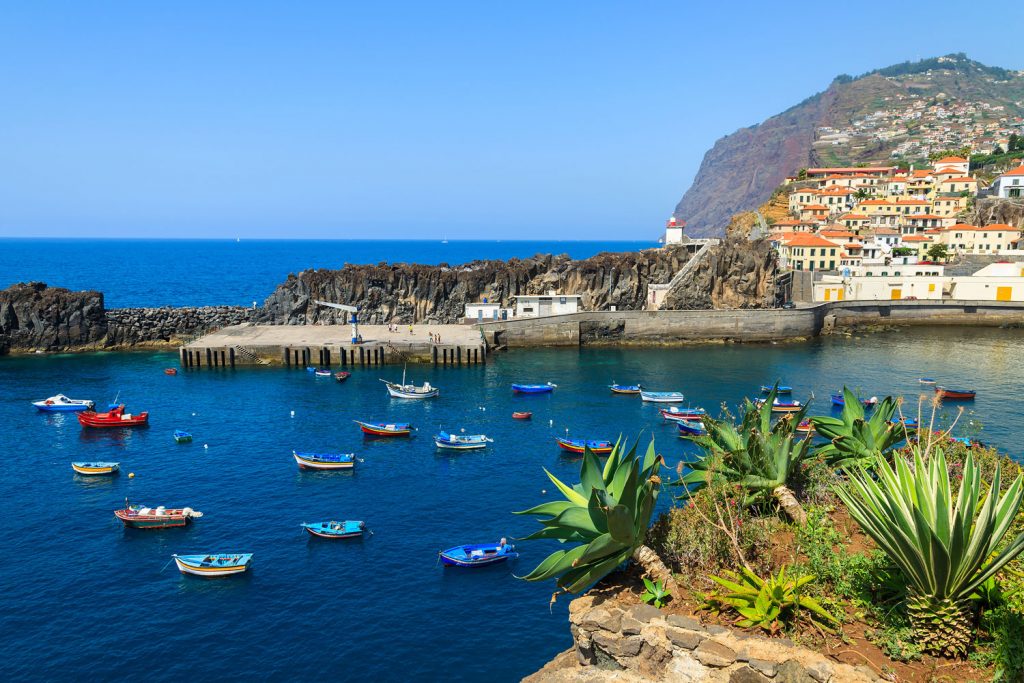 The port at Camara de Lobos

Where? Madeira sits in the North Atlantic Ocean, quite far to the southwest of Portugal. It is around 1000 km from the European continent and 520 km from the African coast. The criss-crossing network of waterways or levadas cover a good proportion of the island as they carry water from the more humid northern half of the island to the drier south. They also make for lovely walking paths. The tour of Madeira begins in the capital Funchal from where you travel to Caniçal in start the walk along the San Lourenco Peninsula on the south east coast of the island. Following Levada Caniçal gives you the option to climb the Pico Grande (1654m) which grants stunning views over Machico and the Island at large. The levadas take you further into the emerald paradise that is Madeira's interior passing through small Madeiran villages before finishing back in Funchal. 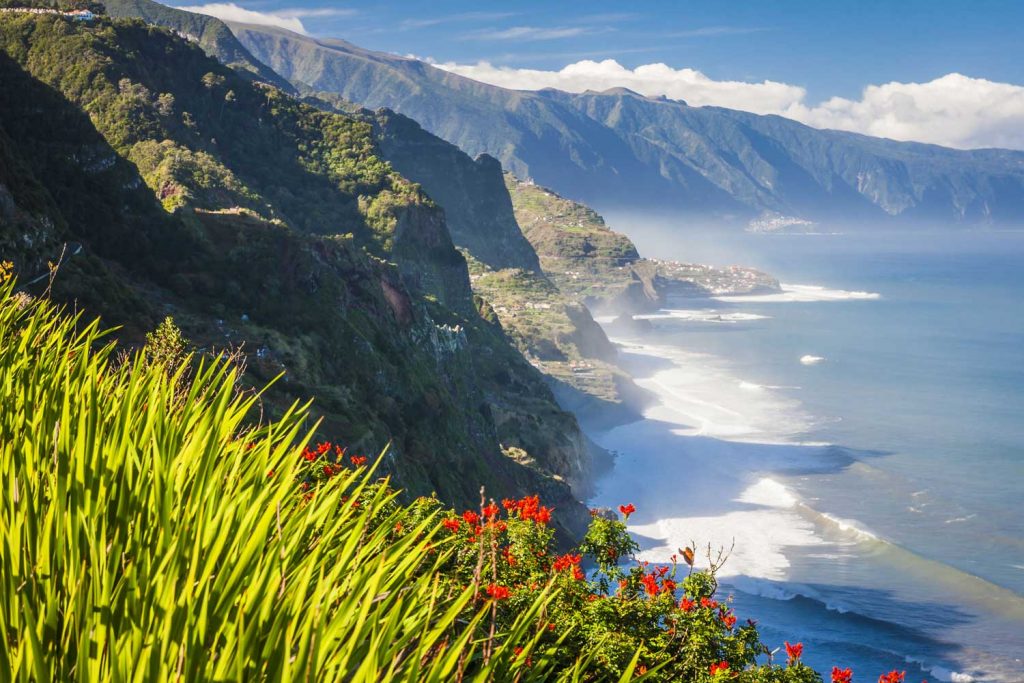 Madeira's rugged coastline is battered by the Atlantic

Distance? 81 km over 6 days of walking. You'll spend 7 nights on Madeira, and there are options to extend your stay.

Grade? Graded moderate, the route predominantly follows levadas however there are also stony paths through forests and along cliff tops. The daily distances are not lengthy, averaging just 11 km. The difficulty is in the elevation gains and losses which can be substantial on certain days, however there are alternate walking choices on most days. 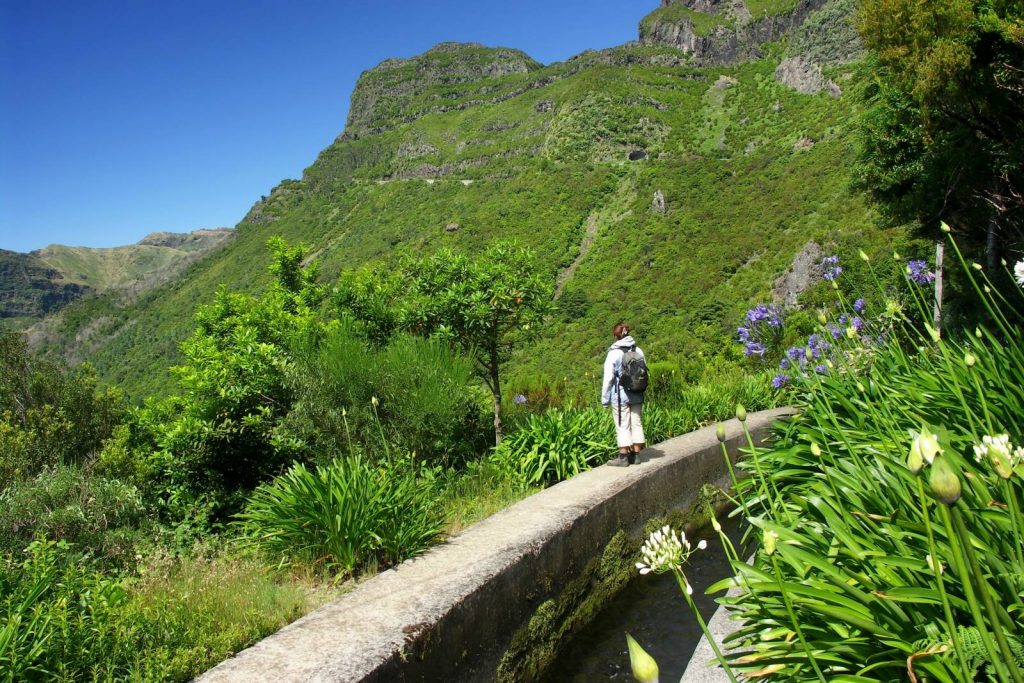 The climate: Whilst the weather is cooler through the winter months with a higher chance of rain, it is still a pleasant time for walking with average temperatures through December sticking around 20°C / 68°F.

Scenery & wildlife: Madeira is known as a botanical paradise and there are over 1163 plant species on the island including azaleas, orchids and magnolias. The lush vegetation and colourful plants and flowers is a sight to see. The colourful landscapes are complemented by stunning views of the volcanic peaks that protrude from the greenery as well as a plethora of wildlife. Whales and dolphin can be seen off the coast and the island is home to a huge range of birdlife.

Challenging walking: The levada paths that we have selected for the route are safe but not dull! There are a few sections where concentration is required due to the paths becoming narrow or along cliff tops however this adds some excitement to what is already an exhilarating location. 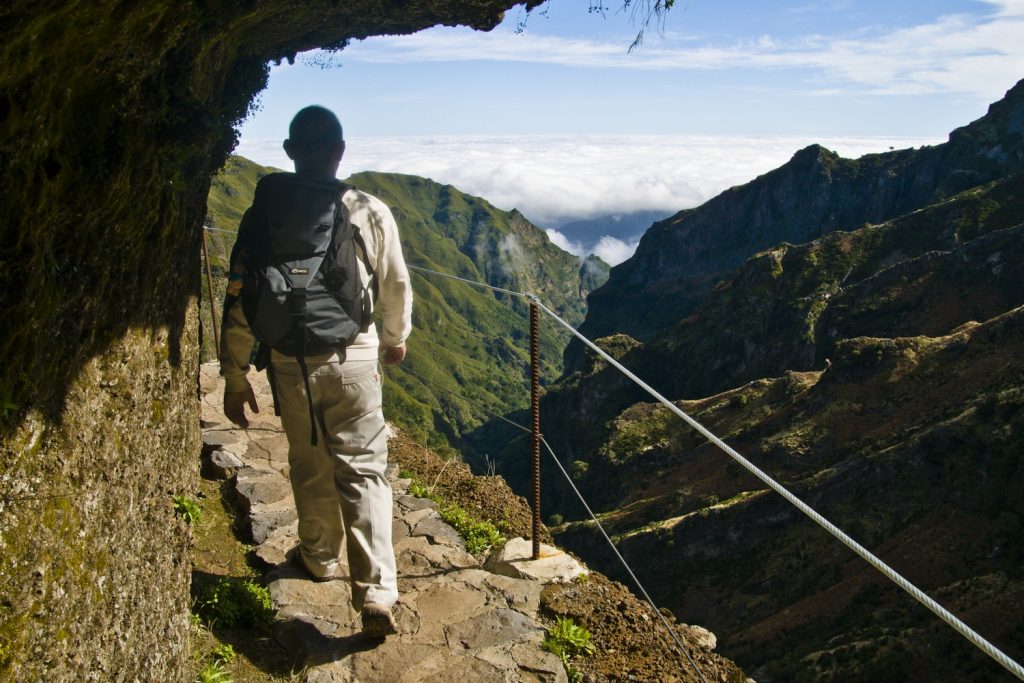 By Air: Funchal Airport is the only international airport on the island. It can be reached directly from most UK cities. The flight time from London is approximately 3 hours and 45 minutes. You will be transferred from Funchal Airport to your hotel. Other international flights connect to Madeira (Funchal) via Portugal’s capital, Lisbon. If you would like to add additional nights to the tour in either Lisbon or Funchal our team will happily help arrange this.

To start planning your winter walking tour of Madeira, read about specific details on the Madeira walking tour page or get in contact with a member of our team on info@macsadventure.com. If you would like to receive regular content from Macs Adventure sign up for our adventure news & inspiration email newsletter.