Peace of Mind Booking Guarantee
67
Walk of the Week: The King Ludwig Way
Do you have any questions?
Call us on +44 141 530 5452
Contact a specialistLive Chat
Written by

Walk of the Week: The King Ludwig Way

Ludwig II was 18 when he became king of the independent kingdom of Bavaria. The eccentric king, who became known as the 'Mad King', was never interested in the affairs of state, and instead preferred to focus on music, medieval legends, and architecture. During his 20 year reign he commissioned the building of a number of lavish palaces and castles, including the famous and spectacular Neuschwanstein. This fairy-tale castle was borne out of King Ludwig's fascination with the work of Wagner and the German mythology that the composer's work was based upon. Today it is one of the highlights of the region, and our popular tour to The King Ludwig Way pays the castle a visit. The picture postcard tour also takes in fantastic views from the highest point north of the Alps, Hoher Peissenberg. 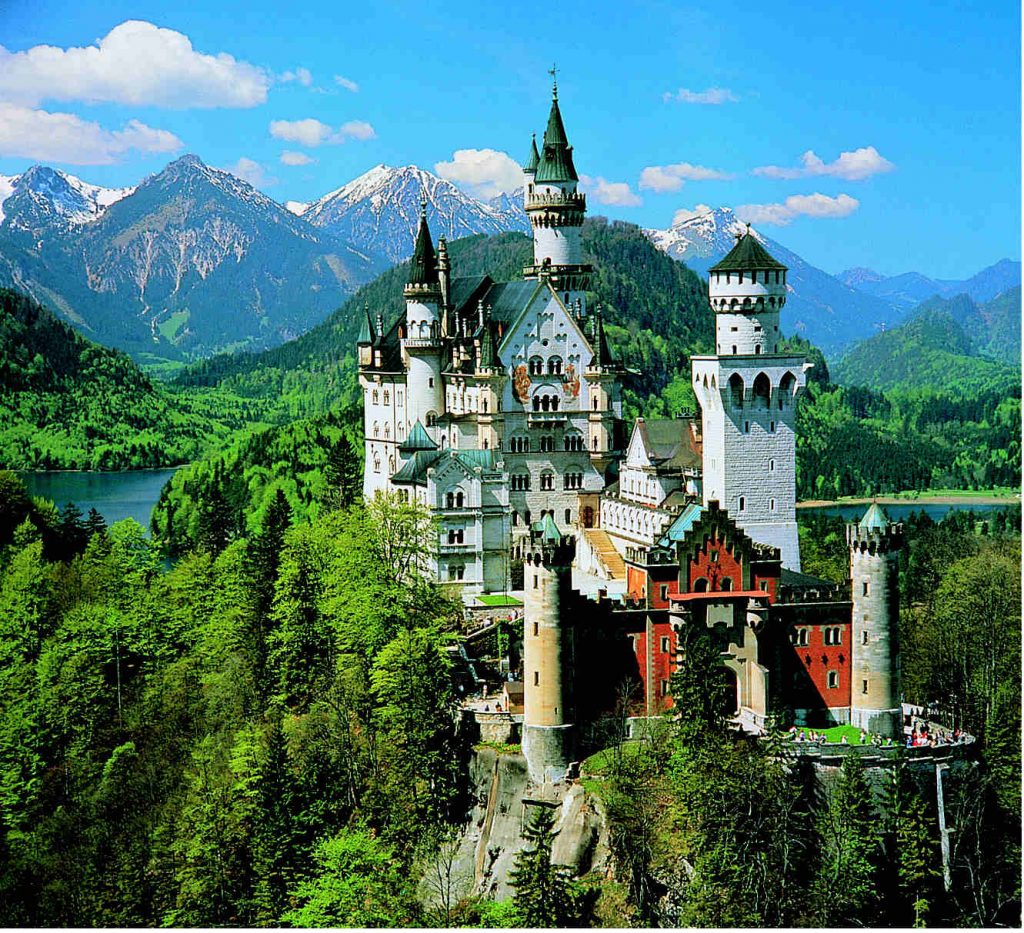 Neuschwanstein and the foothills of the Alps

Where? The start point for your journey on the King Ludwig tour is the lakeside town of Starnberg. Located 30 km from Munich, lake Starnberg was however the end point for King Ludwig himself, who was found drowned in the lake in 1886. The King Ludwig Way winds through the heart of Bavaria passing through fairytale-like settings that the mad king was fond of. Areas such as Pfaffenwinkel with its gentle meadows and mountain peaks or the thick forests and gorges around Ammerschlucht, sometimes referred to as Bavaria's 'Grand Canyon', where the network of steps and bridges gives a real sense of adventure. The final stages of the trail on the approach to Füssen are considered to be some of the finest hiking in Germany passing by the impressive Pöllatschlucht gorge as well as the castles of Neuschwanstein and Hohenshwangau. 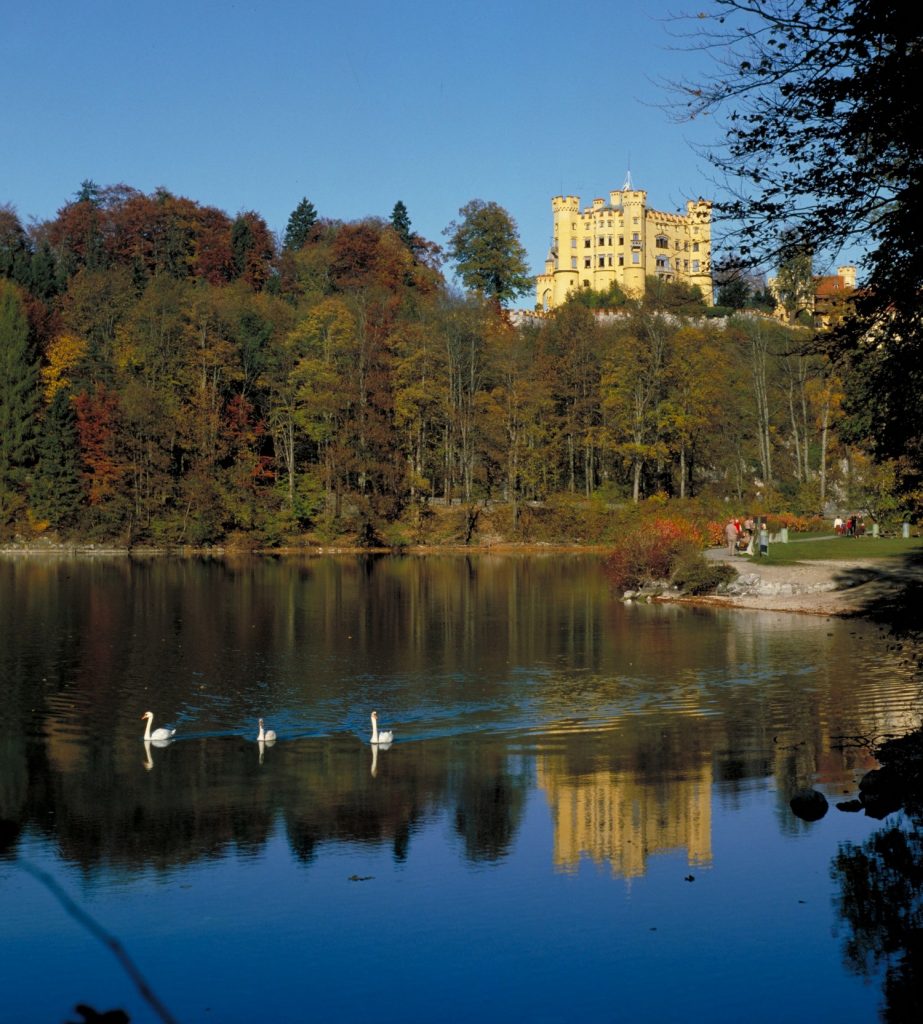 Distance? This 7 night tour covers a distance between 122 - 132 km depending on the walking options chosen on days 4 and 6. 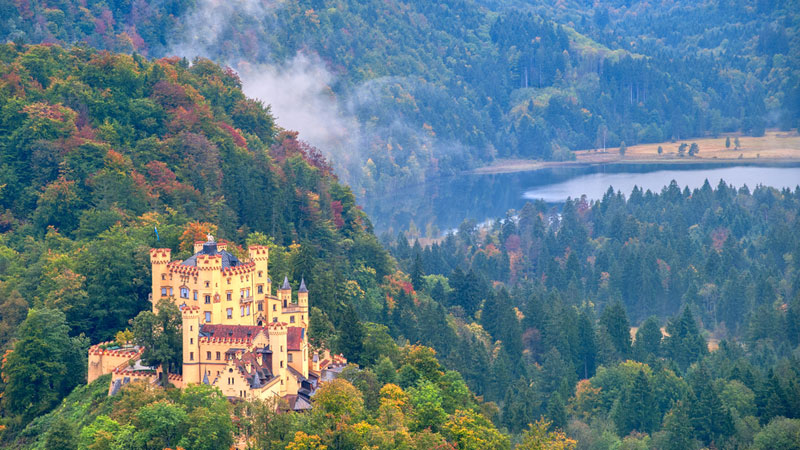 Grade? With daily distances ranging from a minimum of 16 km to a maximum of 30 km over varied terrain including some ascents and descents, the King Ludwig Way tour is graded as moderate. You should have a good level of fitness to get the most from this trip. 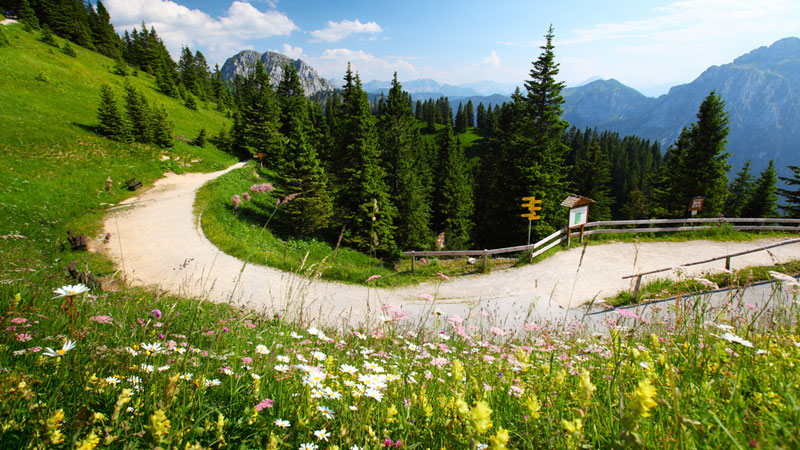 The finest walk in Germany takes you through the heart of Bavaria in the foothills of the alps and features stunning lakeside and gorge walking.

Visit the UNESCO World Heritage Site of Wieskirche, a late baroque era church that is a masterpiece of space and light featuring gilded stucco garlands and detailed frescoes on the dome shaped ceiling.

King Ludwig II's most extravagant creations, the fairytale castles of Neuschwanstein and Hohenschwangau as well as other examples of Gothic Revival style architecture. 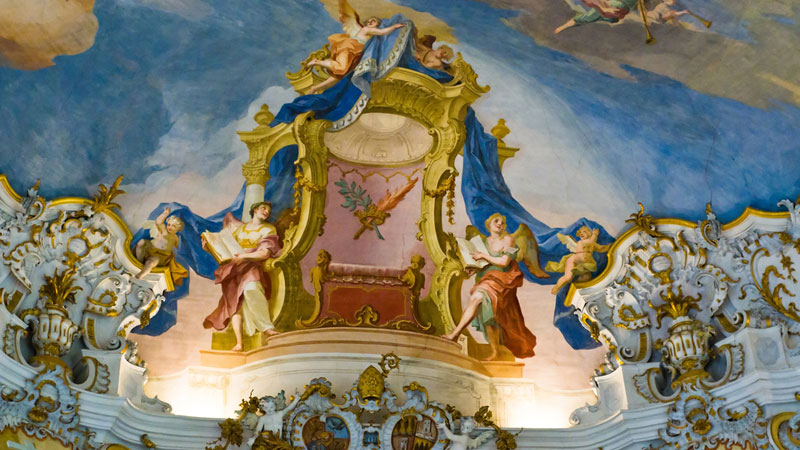 One of Wieskirche's Elaborate Frescoes

By Air: Munich is the most convenient airport. From Munich there are regular train connections, for further information and timetables and tickets visit the website of Deutsche Bahn. By Rail: Munich Hauptbahnhof has excellent connections for trains throughout Europe, see www.bahn.co.uk for information. By Road: Please note that there can be a charge for parking your car at the first hotel for the duration of your walk. It is essential to let us know in advance so we can secure parking and confirm charges.

Füssen train station connects with most of the major population centres in southern Germany, such as Munich (2 hrs) or Augsburg (1 hr 40) where you can continue your journey throughout Europe or to Munich Airport.

For information on the King Ludwig Way self guided walking tour or our range of walking and cycling tours, get in touch with a member of our friendly team on info@macsadventure.com - or you can book your trip now on our website.