Peace of Mind Booking Guarantee
67
Walk the epic North Sea Trail
Do you have any questions?
Call us on +44 141 530 5452
Contact a specialistLive Chat
Written by

An ambitious project to create a 7,000-mile trail of a coastal walking (and cycling) along the shores of the North Sea has now reached the 3,000-mile mark. The vision is an epic long-distance walking trail, the North Sea Trail, from Scotland’s Shetland isles, along the eastern coast of Sutherland, south to East Lothian and onwards to the North York Moors, and then to the Netherlands, Germany, Denmark and Sweden, before reaching Norway. Various organisations and groups are supporting the North Sea Trail, such as Through Coast Alive, a project that encourages local people to discover the cultural roots and heritage that they share with those across the sea, and a European funded project, NORTRAIL. The Nave Nortrail Project, part funded by the European Union Interrreg 3b North Sea Programme, has also played a part.

In time, and with further funding, it’s hoped that the gaps in the route will be filled. 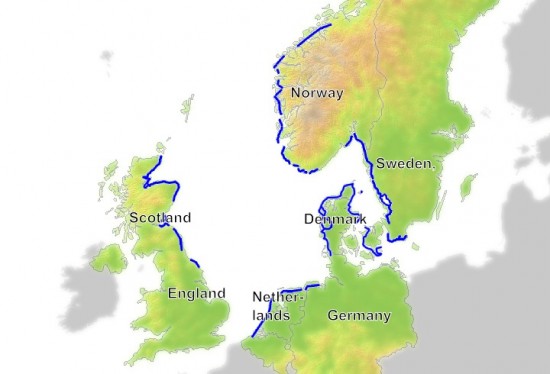 You can see on a map of the existing sections of The North Sea Trail.

6 places to walk the North Sea Trail in the UK

Although there is not yet an unbroken walk along the eastern coast of the UK, some existing paths already form sections of the North Sea Trail. Moray Firth Trail: From Forres east to Cullen, the 50-mile path offers fabulous walking along a beautiful coastline, including sandy beaches, dramatic cliffs and pretty villages. The walk could be done over two to four days. See details. Aberdeenshire Coastal Path: Next up is the Aberdeenshire Coastal Path from Portsoy to St Cyrus. Located on a north-east corner of Scotland, the path allows people to explore high cliffs, windswept beaches, sheltered coves and historic fishing villages. 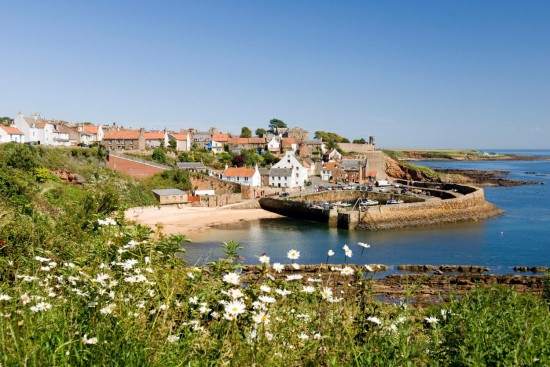 Fife Coastal Path: A wonderfully easy-going section of the North sea Trail follows the Fife coastline from the Tay Road Bridge south to the Forth Road bridge. There are 81 miles of fabulous walking to enjoy as the path passes through quaint fishing villages, along fine sandy beaches, between castles and caves, and always with the chance to spot wildlife or dine on fine local cuisine. Walk this path over five to eight days with Macs Adventure.

John Muir Way: Sections of this new coast-to-coast long-distance trail form part of the North Sea Trail. From Prestonpans to North Berwick and from North Berwick to Dunbar you can experience the amazing sensation of seemingly getting away form it all yet still being only a hop and a skip from Scotland’s capital city. Walks sections 9 and 10 of the John Muir Way. Or why not walk the entire John Muir Way on a 12-day Macs Adventure walking holiday?

Northumberland Coast Path: Another 64-mile section of the North Sea Trail, this coastal path in northern England starts in Berwick-upon-Tweed, on the Scottish border, and travel south to Cresswell at the southern end of Druridge Bay. Expect dramatic seascapes, wonderful beaches, sand dunes and cliffs. 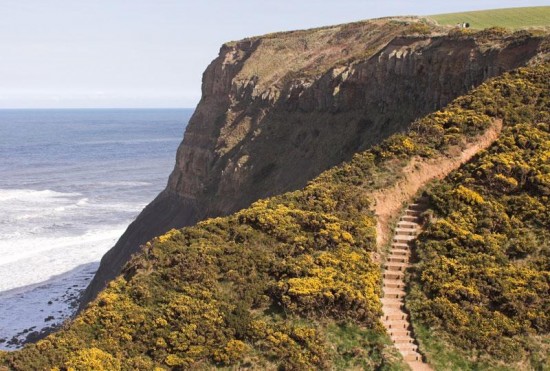