Why Walk in Japan?

This is a story about standing in the same place on two separate occasions.

If you have ever seen anything on the television about Tokyo, you will probably be aware of Shibuya Crossing.  This is iconic Tokyo and what everyone uses to underline the fact that this is the most populous city on Earth and/or, that it is madness.

As I stood there for the first time, the crowd building around me, waiting for the rhythmic digital chirping of the traffic lights to signal for us to go, I was caught up in it all.  This city was crazy, chaotic, full to the brim of people.  Everything was more 'out there' than I imagined. Giant screens beamed their messages down to us as we waited, while illuminated writing etched the skyscrapers in neon, advertising things that I could not discern.  The lights went green for go and I was drowned in the sea of people, feeling the urge to get across the road as quickly as possible to move fast, to see everything I could see.  I felt caught up in the incredible pace of Japan, that I had to keep moving to keep up.  That was the first time....

A couple of days later I stepped off the short bus from Nakatsugawa to Magome and I was rooted to the spot. I stood transfixed as my brain tried to process what I was experiencing, what was 'wrong' with this place. It was the peace. After a few days in Tokyo the fact that there is sound everywhere, from traffic to the chatter of 9 million people, to advertising boards, train announcements, traffic lights, it just all sinks in and becomes normal, you don't notice it much anymore. When the noise is ripped away like a plaster, it is a genuine shock to be immersed in such peace.

Magome is the first of the traditional Post Towns on the Nakasendo Trail, an ancient route between Kyoto and Tokyo from the Edo period. The route is linked by these Post Towns where the Shogun would rest while making the trip between these two great Japanese cities. Up amongst the intensely lush green mountains, peace reigns. While the first section from Magome to Tsumago is a popular day-route, it is still relatively quiet and the further along the path you go, the less people you see and nature begins to rule. 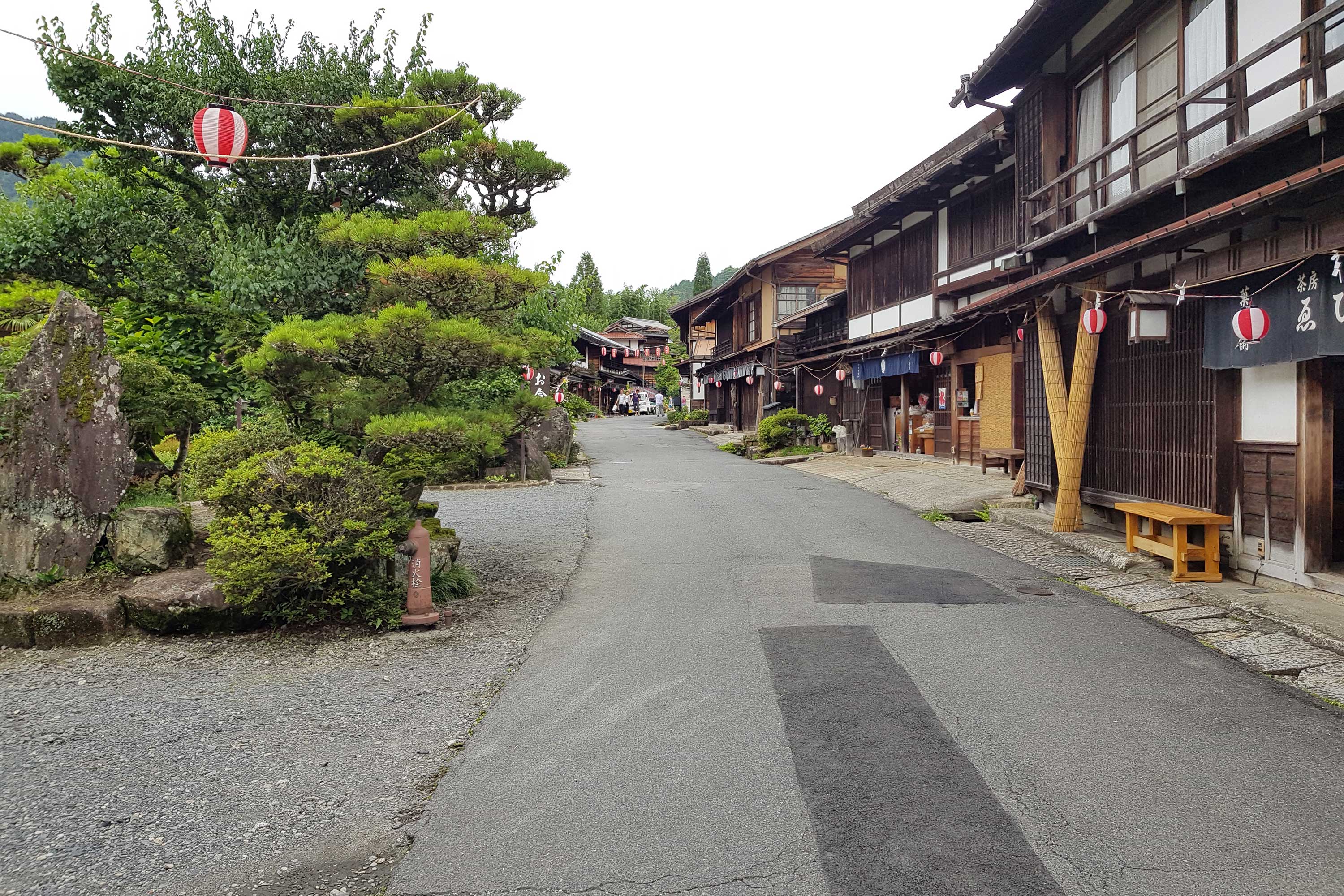 Walking holidays are a way for us all to slow down, I think we would all agree on this.  There is a certain meditative quality in just putting one foot in front of the other, knowing that getting to our destination is the only thing that needs to worry us all day. After Tokyo, after frantically trying to see everything, constantly looking around, worrying about where to go and not offending anyone by standing around and getting in their way while I tried to find where I was going, it was nice to be here. Nice to see a clear path leading into wild mountains and knowing all I had to do was follow it.

The path leads upward, ever upwards and as you climb through Magome, you are transported.  This is the Japan of old and almost instantly you start to understand that Japan has a deep love of Wood, Stone and Water.  The stone blocks, laid roughly, but with love lead you through the town past weathered, but neat and well looked after wooden houses and water runs on either side of the path, channelled into little wooden spouts and bamboo pipes. From the top of this hill, you dive into the iron rich red earth and thousand shades of green of the Kiso wilderness. 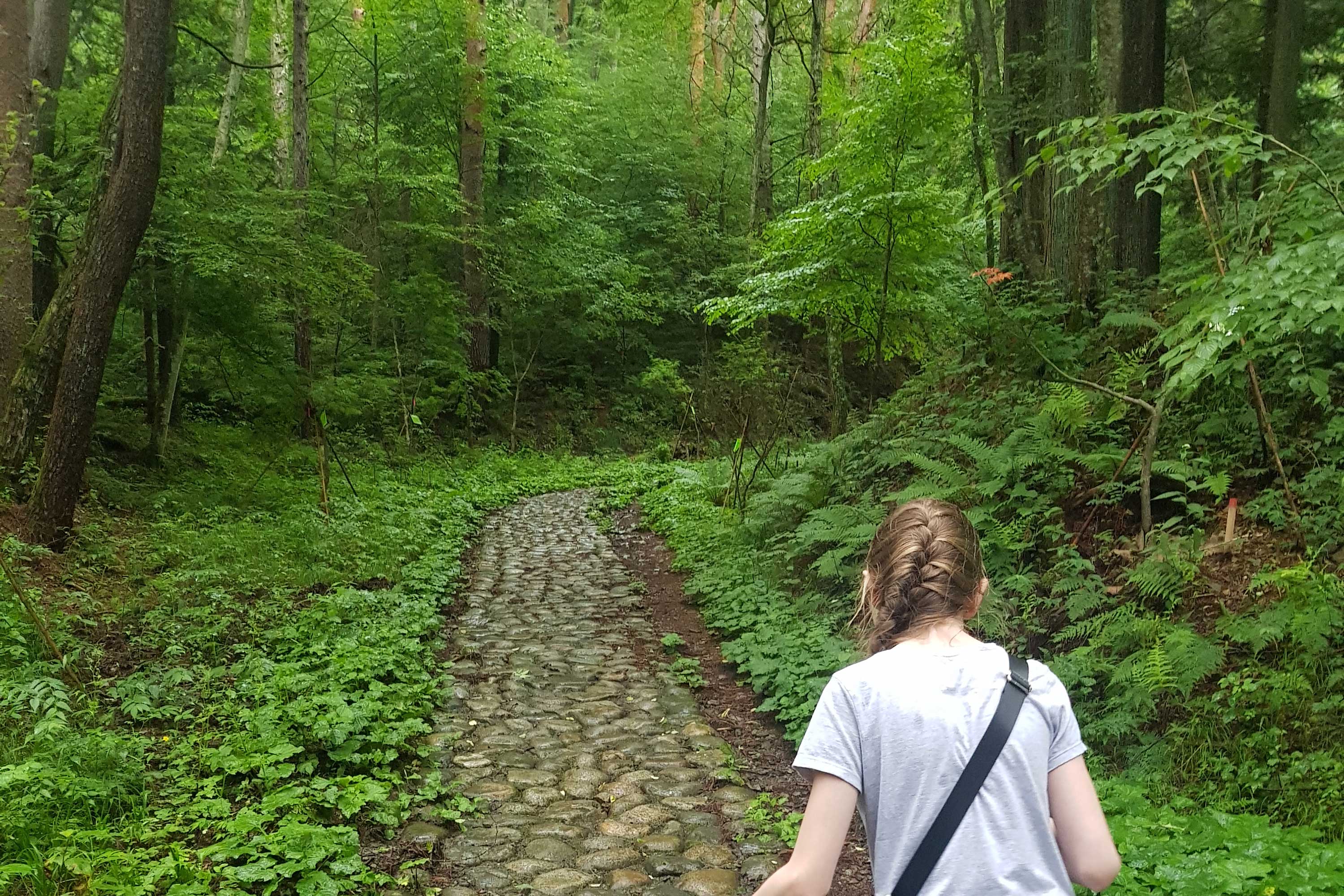 The walking is beautiful and while occasionally strenuous, it never tires you out.  Babbling streams accompany you the whole way as you wind through bamboo forests, past temples and offerings to keep travellers on the safe path.  This is also a great place to distribute some of the change you accumulated in Tokyo. There is not a great call for a 1 yen piece in the big city, but leaving them on statues and temples is a very lovely custom and if you have a five Yen, it gives you good luck in love.

Discovery of the 'real' Japan

As you walk, you enter this slow paced world of ancient Japan. Your accommodation sees you sleeping on futon in a minimalist (but yet extremely luxurious) tatami mat room.  Green tea will be provided at every turn.  When you arrive, before you eat, after you eat; and it becomes part of the ritual of life, and how well it fits.

You also become well versed in Onsen culture. Hot baths (43° seems to be the perfect temperature) are waiting for you at each accommodation, which after vigourous showering are used for pure relaxation, or at least until your body can't take the heat anymore.

People are eager to help, eager to talk to you and with no timescales, it is a pleasure to stop and chat, even if you both don't speak the same language. The food is an entirely different blog post. On this part of your journey, you will be overfed on a level that you simply would never imagine! 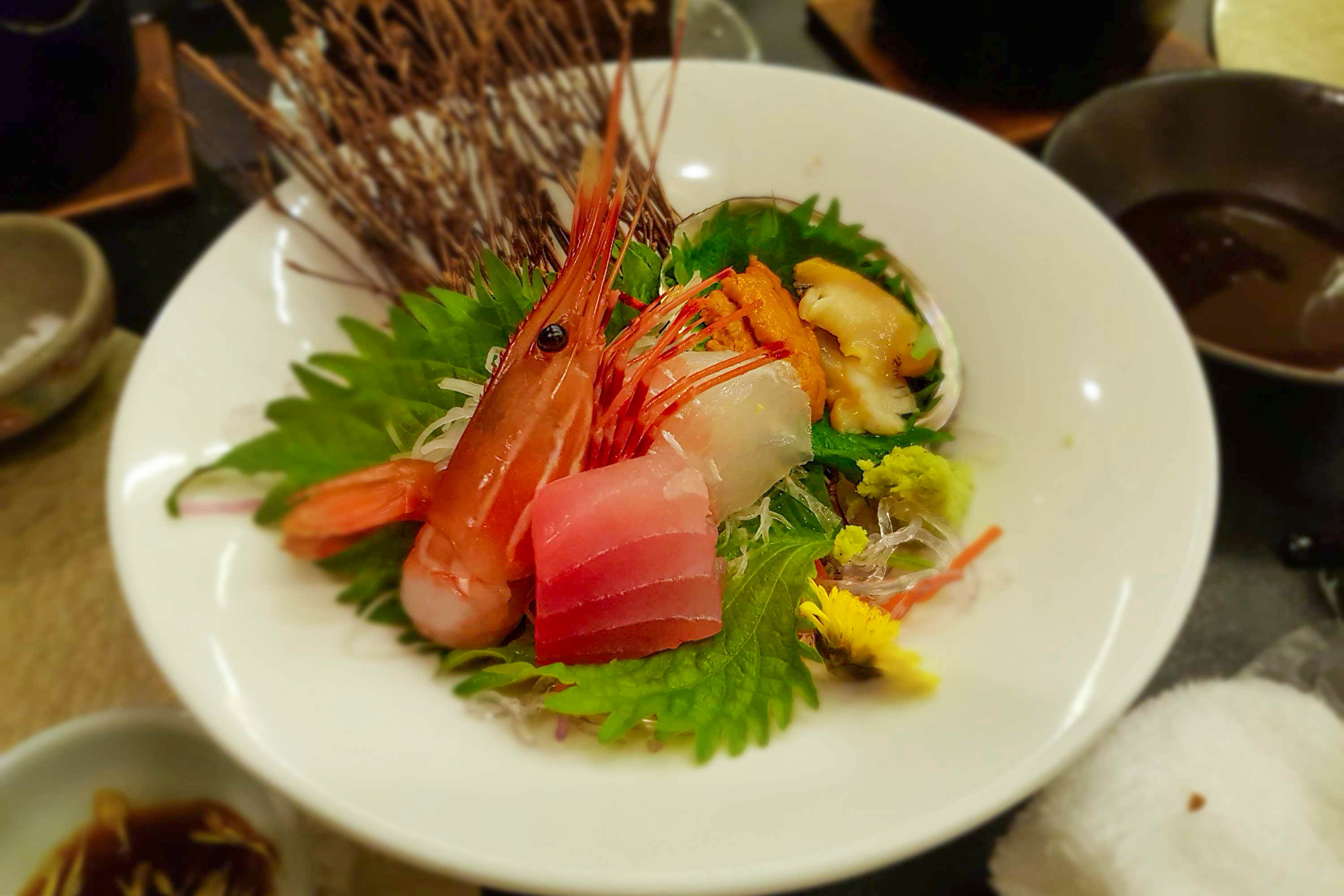 The main thing however while walking in all this beauty and tranquillity is how you come to understand the Japanese way of life a little more. Nobody is in a hurry. What we in the west consider mindfulness is so ingrained in the culture that it is part of the natural flow. Nobody does two things at once. You never eat and walk. You never eat and watch television, everything is done one thing at a time and there is always time for it. There is order and every movement, every thought seems intentional, planned and enjoyed. 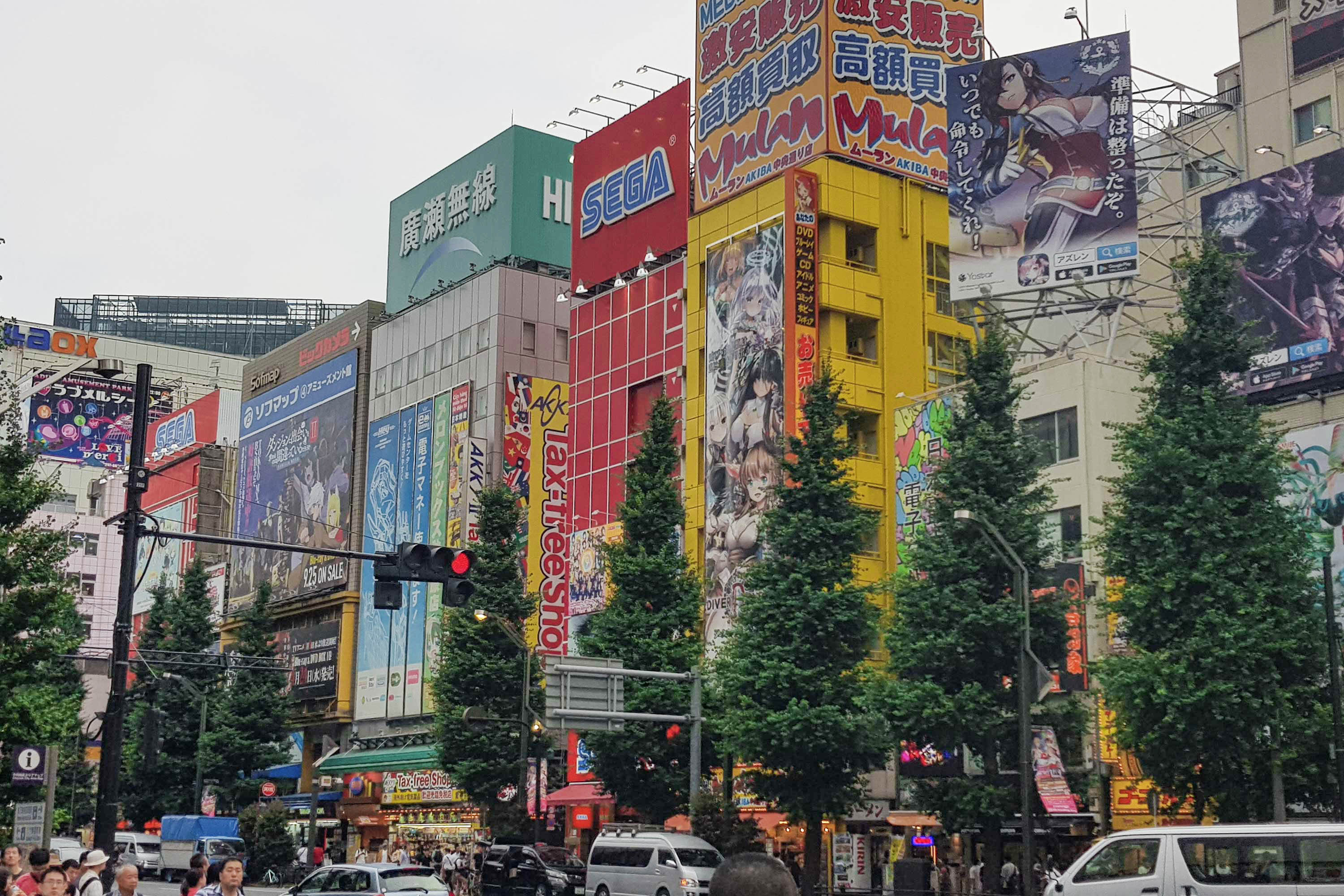 On my return to Tokyo I stood back in Shibuya, waiting to cross.  I realised that the lessons I had learned in the mountains permeated right through Japan, even in the apparent chaos. Everyone at the crossing was waiting patiently.  Nobody was on their phone, they were focused on doing one thing, walking, being naturally mindful.  The chaos of Tokyo is in our minds, in truth it is a wildly organised city, everything runs on time and there are so many trains that there is no running to squeeze onto one that you might miss, another will be along in minutes.

If you don't go walking in Japan, you might miss what it is really all about, you might rush in and go over the top like I did, you might not slow down and let yourself be continually impressed by every little thing Japan has to offer.