The Camino Lebaniego is a relatively undiscovered Camino, which links the beautiful Green Coast of Spain on the Camino del Norte route, with the mountains of the Picos de Europa. Different to the better-known Caminos, it finishes at the Santo Toribio monastery, which is home to the Lignum Crucis (an ancient relic said to be the cross on which Jesus Christ was crucified).

You may choose to walk just the Camino Lebaniego which is a short three day walk from San Vicente de la Barquera to Santo Toribio in the Picos. Or if you wish to combine it with a section of the Camino del Norte, we offer an extended version of the route from Santander all the way to the Picos Mountains.

Like all of our Camino tours, daily luggage transfers and hand-picked accommodations are all included, so you can be sure of a hassle-free experience leaving you to enjoy the delights of beautiful Cantabria. 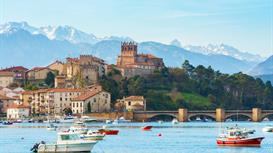 0 Reviews
Coast and Mountain Trails of Green Spain
Enjoy contrasting landscapes on a journey through Green Spain, from the coast to the mountains.
From £845.00
More Info 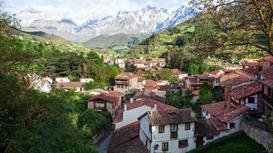