Peace of Mind Booking Guarantee
67
12 of the UK’s best coastal walking trails
Do you have any questions?
Call us on +44 141 530 5452
Contact a specialistLive Chat
Written by

From southern England’s fabulous coastal cliffs to the rocky outreaches of the shores of the north of Scotland, the UK boasts many fabulous walks along varied coasts. Hiking trails with the sea on one side and land on the other is an enduringly popular activity. And why not? With the fresh sea air, spectacular views, wonderful wildlife and dramatic weather systems, a walk along the coast is the stuff of high spirits and long-lasting memories. Here we bring you 12 of our favourite coastal walking trails

1) Arran Coastal Way This 65-mile trail follows a round-island route on the delightful Scottish west coast island of Arran. The isle is famed for its diverse landscape, from lowlands to highlands, and is a haven for wildlife. Walk the entire route over five to seven days or dip in and out for shorter half-day or full-day walks. See Arran Coastal Way or our self-guided Arran Coastal Way walking holiday. 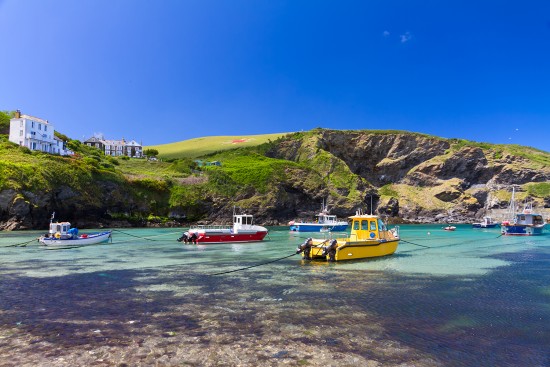 4) South West Coast Path The Dorset coast is a place of extremes with delightful sandy beaches and plunging cliff paths. The shoreline is also the home of England's first natural world heritage site – and it is claimed that over 95 miles of this coastal path you can walk through 185 million years of history, all in just one week. Enjoy a self-guided walking holiday on the South West Coast Path

5) Fife Coastal Path This waymarked trail is a true gem of a walk along the picturesque shores of eastern Scotland. The Fife Coastal Path stretches some 117 miles from the Forth Estuary, in the south, to the Tay Estuary in the north. From the home of golf, St. Andrews to the pretty fishing villages of the East Neuk there is a wealth of life and attractions to take in as you walk alongside award-winning beaches and rugged cliffs. You can choose to walk the entire path or head off for a short walking break.

6) Cape Wrath Trail Claimed to be Scotland’s wildest long-distance walking route, the Cape Wrath Trail starts in Fort William and finishes in the very north of Scotland at Cape Wrath. The entire trail is 249 miles long and offers a walk that is both epic and remote. This trail is not waymarked so good navigational skills are required and because the landscape is wild you will need to carry your kit and food with you. The Cape Wrath Trail does offer an extraordinary adventure through some of the UK’s wildest scenery. See Cape Wrath Trail

7) Anglesey Coastal Path Walk 125 miles through rolling green fields and past whitewashed buildings on the stunning north-west coastline of Wales. This is a trail for people who revel in beautiful landscapes as the route begins amid a low shoreline of dunes and fields in the south and heads to the undulating cliff terrain, pebble coves and sandy bays of the north and east coasts. Anglesey Coastal Path 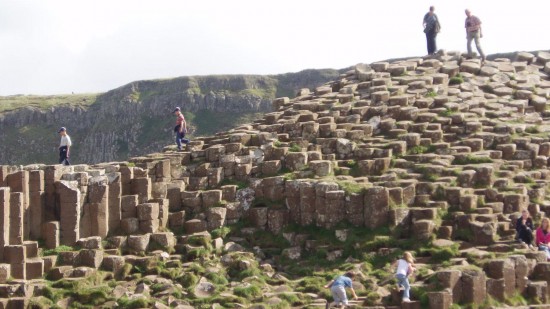 8) Antrim Glens and Causeway Coast Located in a beautiful corner of riches Northern Ireland this coastal walk combines two routes into one great outing. The walk starts in Cushendall and heads through atmospheric forests and along one of the UK’s dramatic to reach the golden sands of Portstewart. Along the way, walkers are also treated to the magnificent geological wonder, the Giant's Causeway. The Antrim Glens and Causeway Coast walk can be enjoyed as a self-guided holiday.

9) Cleveland Way This surprisingly varied route is on the east coast of England and skirts the edge of North Yorks Moor National Park. If you like the landscape to be dramatic coastline one minute and heather moorland the next, then the 110-mile long Cleveland Way is for you. As well as the gorgeous views there are also castles, ancient stone crosses and fishing villages to enjoy as you walk. See Cleveland Way and a self-guided walking holiday

10) Cowal Way The Cowal Way runs for almost 60 miles along the length of the Cowal peninsula in south-western Scotland. Starting at Portavadie, in the southwest, it takes in forests, waterfalls, the shore of sea-lochs and hill-passes to finish at Inveruglas on the shores of iconic Loch Lomond. See Cowal Way 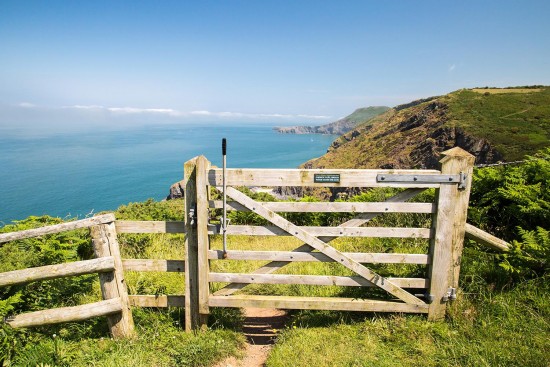 11) Ceredigion Coast Path There are 60 miles of dramatic coastline on the west coast of Wales to discover on this less visited walkway from Cardigan to Yns-las. Expect peaceful coves, wide sandy beaches, rugged clifftops and charming fishing villages as you follow a shoreline that has been designated Heritage Coast. Keep an eye out for bottlenose dolphins out at sea and listen for the calls of seabirds that thrive in the coastal habitat. The Ceredigion Coast Path can be enjoyed as a self-guided walking holiday.

12) Moray Coast Trail Another great Scottish walking route, the Moray Coast Trail offers a treasure trove of sandy beaches, dramatic cliffs, geological formations and attractive fishing villages. It starts inland at the town of Forres before reaching the coast at Findhorn, and then heads to Burghead, Lossiemouth and on to Cullen over some 45 miles. See Moray Coast Trail

Tell us about your top coastal walking trails.