Peace of Mind Booking Guarantee
67
Christian’s inspiring Around Britain walk
Do you have any questions?
Call us on +44 141 530 5452
Contact a specialistLive Chat
Written by 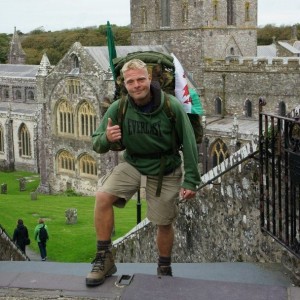 This week, Christian Nock will take a well-earned rest of five days from his 6,500 mile Around Britain walk. He will celebrate New Year in Tarbet, on the west coast of Scotland. So far, Christian, 39, has walked for 510 days. He started in Blackpool on August 8, 2012, and has walked in an anti-clockwise direction along the entire coast of the UK. Where there are islands that can be reached by a bridge, he also completes a circuit of these. Christian, a former serviceman, has taken only one ferry during the entire on-foot trip and every night he sleeps rough. The whole journey, which he hopes to finish in March, is to be non-stop and is the equivalent of walking from John O’ Groats to Lands end seven and a half times. Christian is raising funds for Help for Heroes. He is also raising awareness for the many people who are homeless in the UK. According to the intrepid walker, a third of the UK’s homeless people are ex members of the Forces. As Christian walked along Loch Fyne on Monday, on the arduous in-and-out-in-and-out Scottish coastline, we caught up with his mission so far. The energetic, but weary sounding, hiker, said: “There have been highs and lows and I have sometimes wondered if this walk would kill me but I am still walking. “I have loved many parts of the coastline and cursed some sections, too, because of awful weather or treacherous paths, but on the whole the walk is proving to be amazing. “It is the scenery and the people that make it so special. There are places I never knew existed and I have seen so many unexpected sights. I have met many, many people who have shown me nothing but kindness. This trip has rekindled my faith in human kindness.”

Why Christian set out to walk the UK’s coastline

Christian started his epic walk at a low point in his life. He said: “I’d lost my business and didn’t feel like I had anything. I felt depressed and suicidal at times. “Then I watched a TV programme of a Forces member who had lost both his legs in a parachute accident. There he was, getting on with his life again. He was being supported by the charity, Help for Heroes. “I also watched the programme Coast during the same period. It was all these things that came together in my mind and I knew what my next step would be: To walk Around Britain and raise money for Help for Heroes.” Christian reckons that the first day of the walk was the hardest but as the days and miles have gone by he has settled into a daily routine that he says is “on the whole extremely satisfying and uplifting”. During the walk he has gained many fans and has seen his Facebook page Christian Around Britain rise to more than 27,000 followers. He hoped to raise £10,000. Today his sponsorship page stands at £144,000.

Since the start, Christian has slept rough outdoors, or in strangers’ sheds and garages. He carries what food he can (“usually porridge and pasta”) in his 30kg rucksack as he walks. He has suffered seven colds, one bout of flu and now has a permanently sore ankle (an old injury”), right hip and lower back (“because of all the walking”). On average, Christian has walked around 12 to 13 miles each day. His longest day has been 31 miles. His shortest has been just a few miles (when hampered by weather or illness). He has worn out 13 pairs of boots. He tells me that when he reaches Greenock, in south-west Scotland, he will know that he’s on his way home. “I keep thinking it will be much easier from that point on,” he said. Christian’s plan is to be back in Blackpool before March 2014. He said: “I dream of sleeping in the comfort of a proper bed on my 40th birthday, which is this March coming. That would be very nice indeed.” 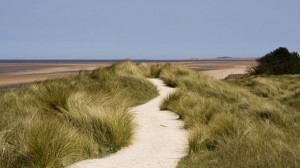 I’ll be keeping you posted about how Christian progresses in the coming months as he continues to walk down the west coast of Scotland and into the north of England.

Christian’s Around Britain walk will no doubt inspire many more people to go out in 214 and walk some of the UK’s fabulous coast. Here we suggest five great coastal walking trips. 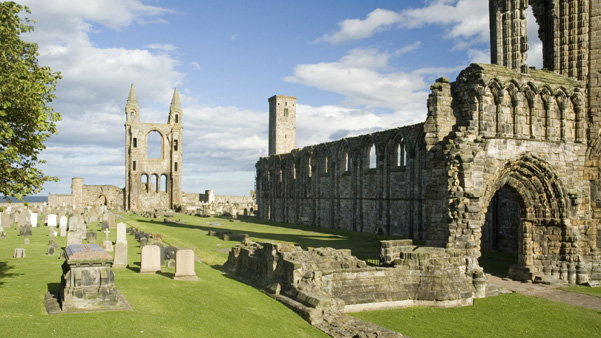 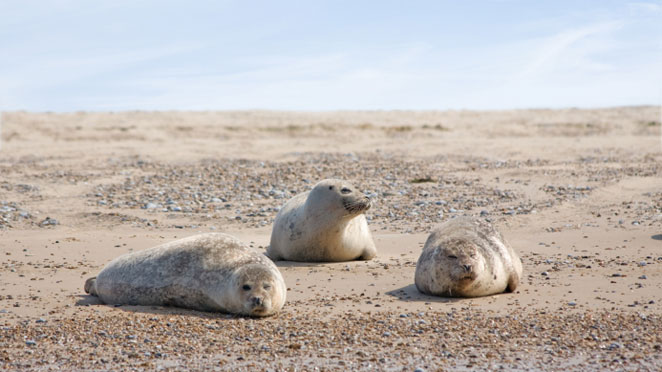