Ready to go now? See our trips with late availability.
67
Hidden Gems - The Town of Three Lies
Do you have any questions?
Call us on +44 141 530 5452
Contact a specialistLive Chat
Written by

The scene was beautiful and one I will never forget.  We sat at a tapas bar on a balcony that overlooked the town square.  The evening was embracingly warm, the square below and tables around us buzzed with the chatter of hundreds of happy people. Before me sat pork. If I close my eyes and drift back to this scene, I can see the plate of Iberico pork as clear as day, like a dilapidated game of Jenga, on a black plate, sea salt sprinkled liberally on the top. Definitely in my top ten of things I have ever eaten. Beside it sat a glass of locally grown tempranillo, not Rioja because we were reasonably far outside Rioja, but with all the depth and complexity of something double its price. Basically, for me, nothing could have been better, I was sat exactly where I wanted to be doing exactly what I love to do. 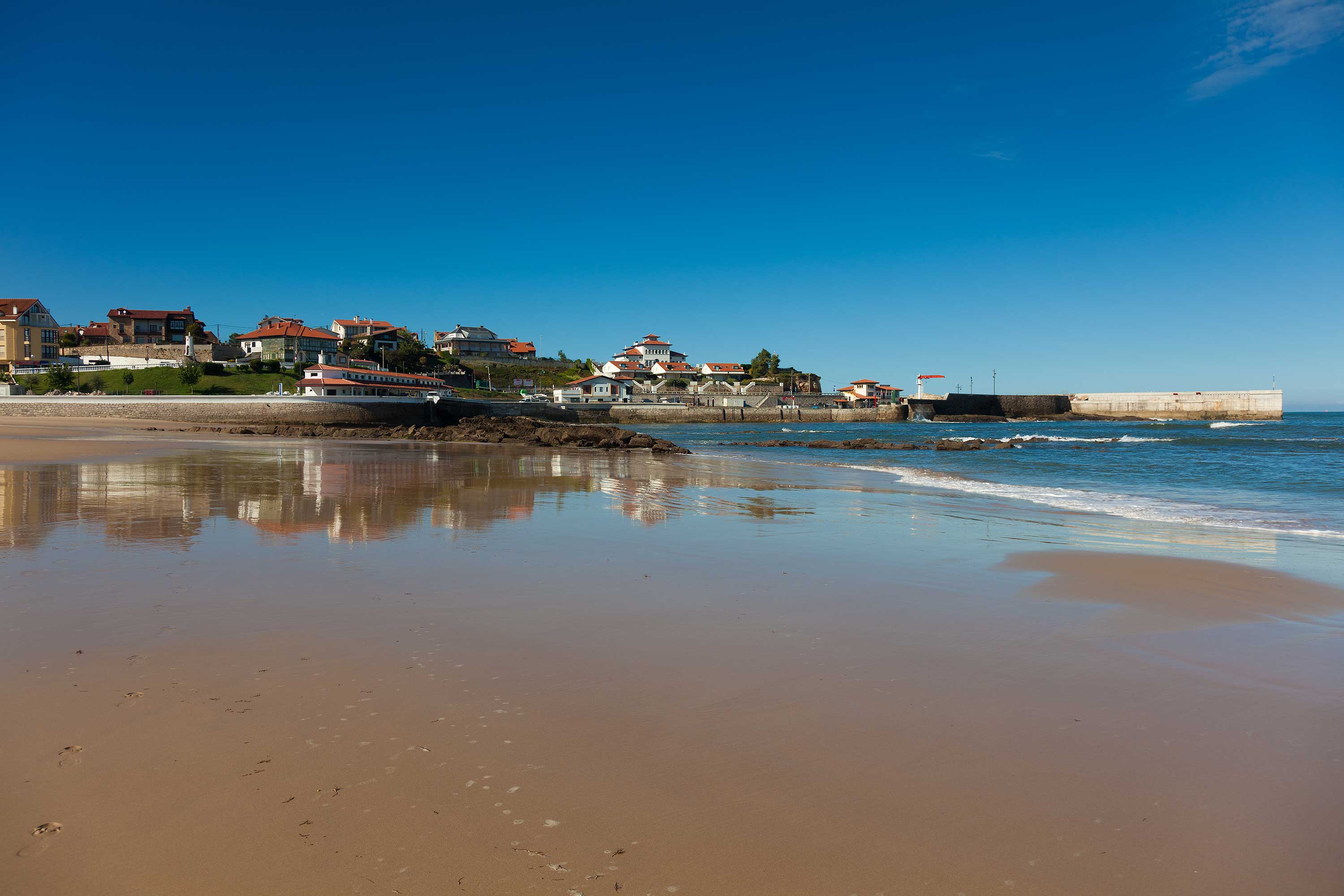 We had wandered into Comillas in northern Spain while doing section three of the Camino del Norte and instantly fallen in love.  Again. The town was full of life. A festival was happening that night and we had feasted on street food in the afternoon (more pork I am afraid, but other things too, I promise!) The town had a run down, but squeaky-clean look to it, filled with little alleys, interesting stores full of ingredients and wines and crafts. A beautiful golden-sand beach fringed it and the El Capricho de Gaudi, a summer house designed and lived in by Gaudi, sat just outside the centre of the town.

It was our discussion over our sea of Tapas that night that brought us to the conclusion that walking was the way to discover new things. The Camino del Norte had taken us to so many delightful little seaside towns, revealed a patchwork of charming countryside and we had eaten so unbelievably well.  So incredibly well. And as we ate incredibly well again, we discussed how we would never have come to this part of Spain were it not for the Camino del Norte, but how we would one day come back and explore more.  We discussed the best place we had seen so far and settled on the previous night, in the Village of Three Lies.

Santillana-del-Mar does have an intriguing name and it is one which needs to be explained,

Lie 1 - For anyone with a passing knowledge of Spanish, del Mar easily translates as ‘by the sea’ however the village is not on the coast.

Lie 2 – San. San translates as Saint i.e. San Francisco, San Diego, etc, and donates a holy place or one with a cathedral.  This village has no holy significance.

Lie 3 – Llana.  This translates as flat, but the village is by no means flat.

The Village of Three Lies was once described by Jean-Paul Sartre as the most beautiful village in Spain and as soon as you walk into this fully pedestrianized village, you know why.

Santillana-del-Mar is like an open-air museum, but not one that is blocked off from the public, it is still a fully functioning town full of life and music, but everything about its rustic brick and timber buildings is fascinating.  You can take two steps without spotting some other glorious relief carved into the wall, or a statue with faded charm. Little wooden balconies jut out above your head and you genuinely feel that you have stepped back in time.  Nothing has changed here for centuries, no fires have plagued it, no earthquakes or war, things in Santillana are the same as ever, except you can now get an amazing coffee.

There is something so perfectly unreal about the village that we were convinced it was not real, it was a film set or some kind of disneyfied recreation of what an old Cantabrian village should be. The atmosphere, the bland setting, it all seemed somewhat dreamlike, but it drew us in and we were smitten. After arriving, we wandered down the ‘main street’ found somewhere for amazing coffee and sat outside watching Santillana life.  Despite never having heard of it myself, it is a tourist trap, but only to a very small degree.  People wandered the streets dazed, looking up, pointing, smiling. A man played the harp on a balcony and it drifted through the cobbled streets, compounding the air of unreality. 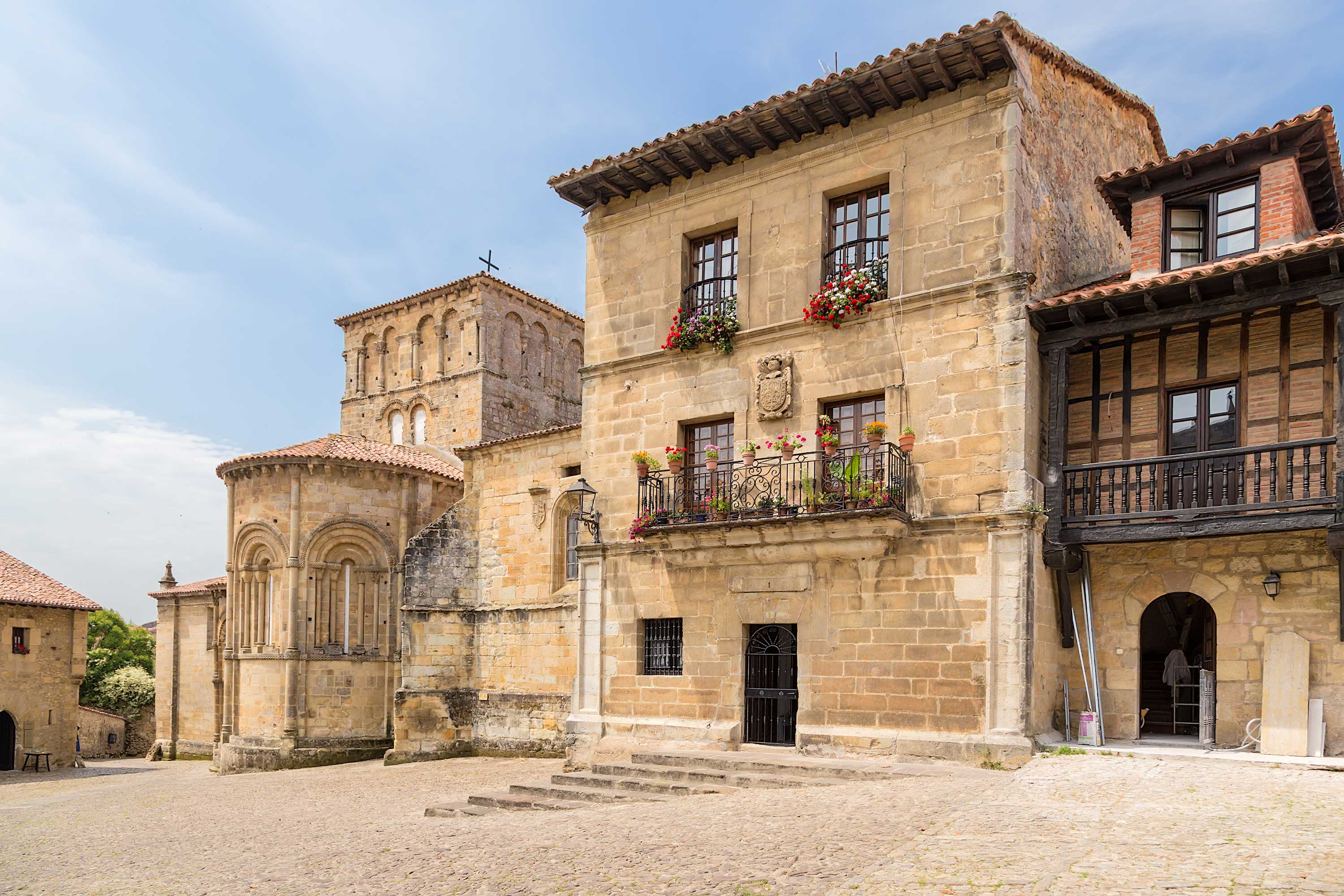 After coffee, we visited a couple of the museums (everyone goes to the museum of torture, it is like you are drawn by mysterious forces) then up the hill to the architectural highlight of the village, the Collegiate de Santa Juliana.  This collegiate church seems to almost burst out of its surroundings like there is too much of it to fit into its space. Its ancient look and feel are rounded out by the incredible sense of peace it bestows upon you as you walk through its cool cloisters. Light flickers between the intricately worn stone pillars, hypnotising you further.

There is no doubt that Comillas and Santillana-del-Mar were places we would never have just gone to and to be honest, it felt so much nicer to just ‘discover’ them. To walk into a place with no prior knowledge and discover what it has to offer can be a mixed bag.  Many places are just places, but on the Camino del Norte alone we could think of ten places easily that we were blown away by and we were not even halfway through yet.

Walk to discover, you will never be disappointed.

Share this:
Tags
Camino del Norte Spain Walking
Call us on +44 141 530 5452
Get in touch by Email
Contact a specialist Live Chat