Burgundy is arguably the ultimate wine-growing region in France. Biking through these UNESCO World Heritage Designated landscapes is the best way to see them, especially on the "Chemin des Grand Crus, " a route through the famous wine country between Dijon and Beaune. The local's dedication to making the best single-varietal wines is second to none, and it is the range and complexity that they can get out of Chardonnay and Pinot Noir that makes it so exceptional. Exploring the wines is integral to visiting Burgundy, so our Burgundy by Bike tours include some time visiting vineyards and allowing your taste buds to do some of the adventuring also!

With mile upon mile of great biking trails winding through this glorious countryside, you will soak up every moment and be charmed by this region of France, which not only has vineyards but also rivers, forests, historic towns, and villages. The local markets are also a delight, and when you return home from your journey, you will remember the laughter and chatter of the locals as they engage in their selling and buying process. All very entertaining for the visitor!

Anywhere that wine grows, biking trips fit right in, and Burgundy is no exception. Macs Adventure has been operating tours in Burgundy since 2018, and we can assist you in choosing your perfect tour your way. For example, if you would like a tour that has more comfortable accommodation, you should select one of our in-style trips, such as the Burgundy Vineyards in Style. Why not make it even easier also with an e-bike upgrade? 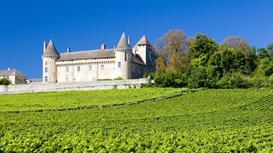 0 Reviews
Burgundy By Bike: Short Break
Two days of cycling from the medieval city of Dijon to the renowned vineyards of Burgundy.
From $845.00
More Info 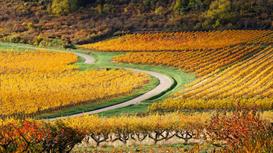 0 Reviews
Cycle Burgundy In Style
Discover the illustrious wine region of Burgundy and overnight in stylish hotels and chateaux.
From $2,405.00
More Info