Walking Tours in the Channel Islands

The Channel Islands lie in the English Channel, yet are actually closer to France than they are to England, and therein lie their charm! An intoxicating blend of English and French influences where miles of coastal paths are combined with fascinating history and a laid-back island atmosphere. Although the Isle of Wight is not technically one of the Channel Islands, it does lie in the English Channel. With its close proximity to the South Coast of England, this walker’s paradise is only a short ferry journey away from the UK!

Choose from an island-hopping itinerary taking in the best of the three islands of Guernsey, Jersey and Sark, or concentrate on the beautiful coastlines of either Isle of Wight, Guernsey, Jersey on our stand-alone coastal path tours. If you're looking for something really special, you may also like to consider doing the Channel Islands in Style, with overnight stays in some of the island's finest hotels. Whatever option you choose, our dedicated team of specialists will make sure your Channel Islands experience is a memorable one! 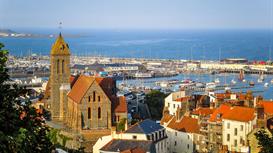 8 Reviews
Jersey Coastal Path
Walk around the 48 mile coastline of the island of Jersey, on rugged cliffs and sandy beaches
From $1,440.00
More Info 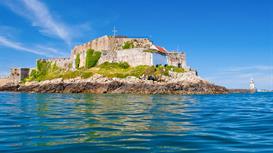 17 Reviews
Guernsey Coastal Path
Enjoy a walk of contrasts and ever-changing scenery as you follow the coastal path around Guernsey
From $1,260.00
More Info 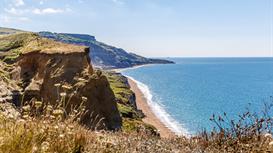