Gentle riverside biking paths, fairy-tale castles, iconic landscaped gardens, crisp white wines, and cordon bleu cuisine beckon on an independent Loire Valley biking vacation with Macs Adventure. The "Garden of France" and the "Land of Castles," the Loire Valley boasts many historical buildings and extravagant gardens. So it won't surprise you to discover that the Loire has long been a sought-after escape for artists and writers alike, including such famous names as Leonardo da Vinci!

We offer a varied selection of biking holidays that let you see the Loire Valley your way! Firstly, the classic Loire River Cycle Path promises easy-going pedaling on dedicated country lanes parallel to the peaceful Loire River. Next, our Cycle the Chateaux of the Loire tour is perfect for those seeking to visit the grandest castles and most majestic gardens. Finally, for those looking to live it up a little - think poolside relaxation after a day's biking or a fine dining gourmet experience in the evening? Then, treat yourself to our Cycle the Loire In Style tour and experience actually staying in a decadent chateau.

No matter what tour you choose to do, take things slow and embrace Loire's laid-back culture. Enjoy riverside picnics with a glass of sauvignon blanc in the afternoon. Then, relax at a family-run restaurant and try some local Loire staples such as rillettes or fish with butter sauce in the evening. Oh, and don't forget to save enough room for dessert and indulge in a (large) slice of authentic tarte tatin!

Macs have been helping cyclists connect to Loire's calm and gentle way of life since 2012. So, book now in confidence with our knowledgeable team and see the magical Loire Valley on two wheels. 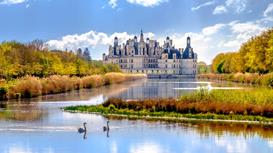 5 Reviews
Cycle the Châteaux of the Loire
Discover the châteaux and palaces of the Loire Valley on this easy going cycling trip.
From $1,195.00
More Info 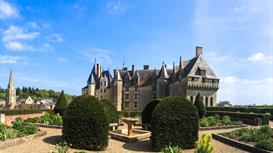 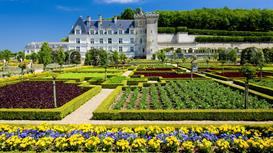 3 Reviews
Cycle the Loire In Style
Relaxing cycling in the Loire Valley by day then dine and stay in upscale châteaux hotels by night.
From $2,695.00
More Info