20 Things to Know about Corsica

If you are thinking about Corsica for your next walking holiday, you might like to find out more about this beautiful and fascinating island.

1. Corsica is the fourth largest island in the Mediterranean Sea, after Cyprus, Sardinia and Sicily islands.

2. The island is located between the west coast of Italy and the north coast of Sardinia (an Italian island) yet it is French.

4. In 1769, a year later, Napoleon Bonaparte was born in Ajaccio (Ajax), one of Corsica’s main towns. He was born into a wealthy family and at the age of nine he was packed off to military school near Troyes in northern France.

5. The other three main settlements on the island are Corte, Bastia and Sartene.

6. Corsica is generally referred to as one of 26 French regions but in law it is actually a territorial collectivity, which means it has slightly more far-reaching powers than other French regions.

7. The island is divided into two departments: Corse-du-Sud and Haute-Corse.

8. The main towns in Corsica are Ajaccio, which is also known by its Latin name of Ajax.

9. French is the first language on Corsica, however Corsican (Corsu) also exists and is taught in schools.

11. The number of beaches is more than 200, of which one of the best is Calvi beach, to the north-west of the island.

12. The island is also very mountainous and has a tallest peak of Monte Cinto is 2,706m, around twice the height of the UK’s tallest mountain of Ben Nevis. There are 20 other summits of more than 2,000m.

14. Calanches de Piana is part of the regional park and designated a UNESCO World Heritage Site

15. A geological wonder of Corsica is the Gorges de Spelunca, which span 2kms between the villages of Ota and Évisa, a few kilometres inland from Porto. The orange granite walls are 1km deep in places. 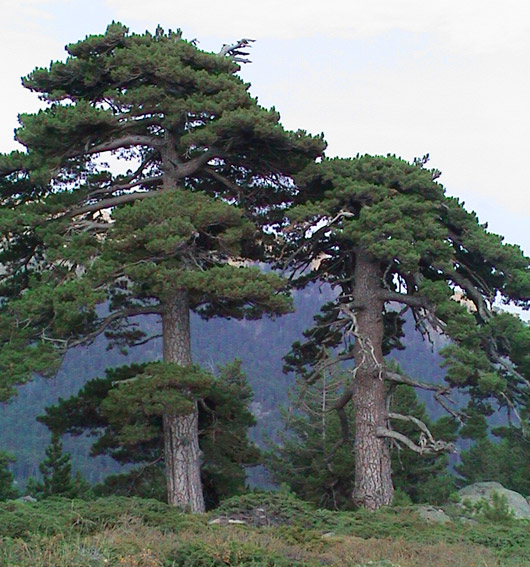 16. Lariccio pine trees, know as Corsican pines, are unique to the island. There is evidence of some trees being 500 years old.

17. The many Genoese bridges of Corsica are a popular visitor attraction. They are stone-built and characterised by a humped arc and a narrow roadway.

18. The climate is typically Mediterranean, with hot dry summers and mild yet rainy winters. However, there are areas of the island that have different “microclimates” according to the altitude that you are at. 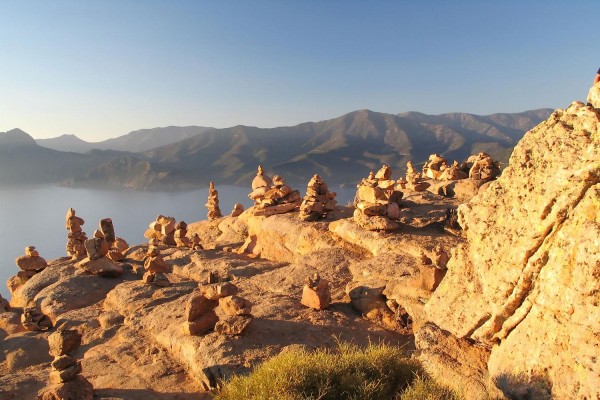 19. Corsica’s climate is perfect for making wine yet few people from outside the island will get their hands on a bottle. This is because most of the wine – usually red and made from the niellucciu and sciaccarellu grapes – remains on the island for the residents to drink.

You can explore Corsica on a walking or cycling holiday with Macs Adventure!