67
5 Scenic Natural Wonders of Scotland
Do you have any questions?
Call us on +1 720-487-9898
Contact a specialistLive Chat
Written by

Scotland has a huge variety of magnificent natural attractions, and the Rough Guides' readers even officially named Scotland the most beautiful country in the world.

With hundreds of awe-inspiring natural landmarks, you won't have to travel far to find scenic places in Scotland. To help you on your way, we've put together a list of Scotland's top natural wonders based on their uniqueness and world-class natural beauty. 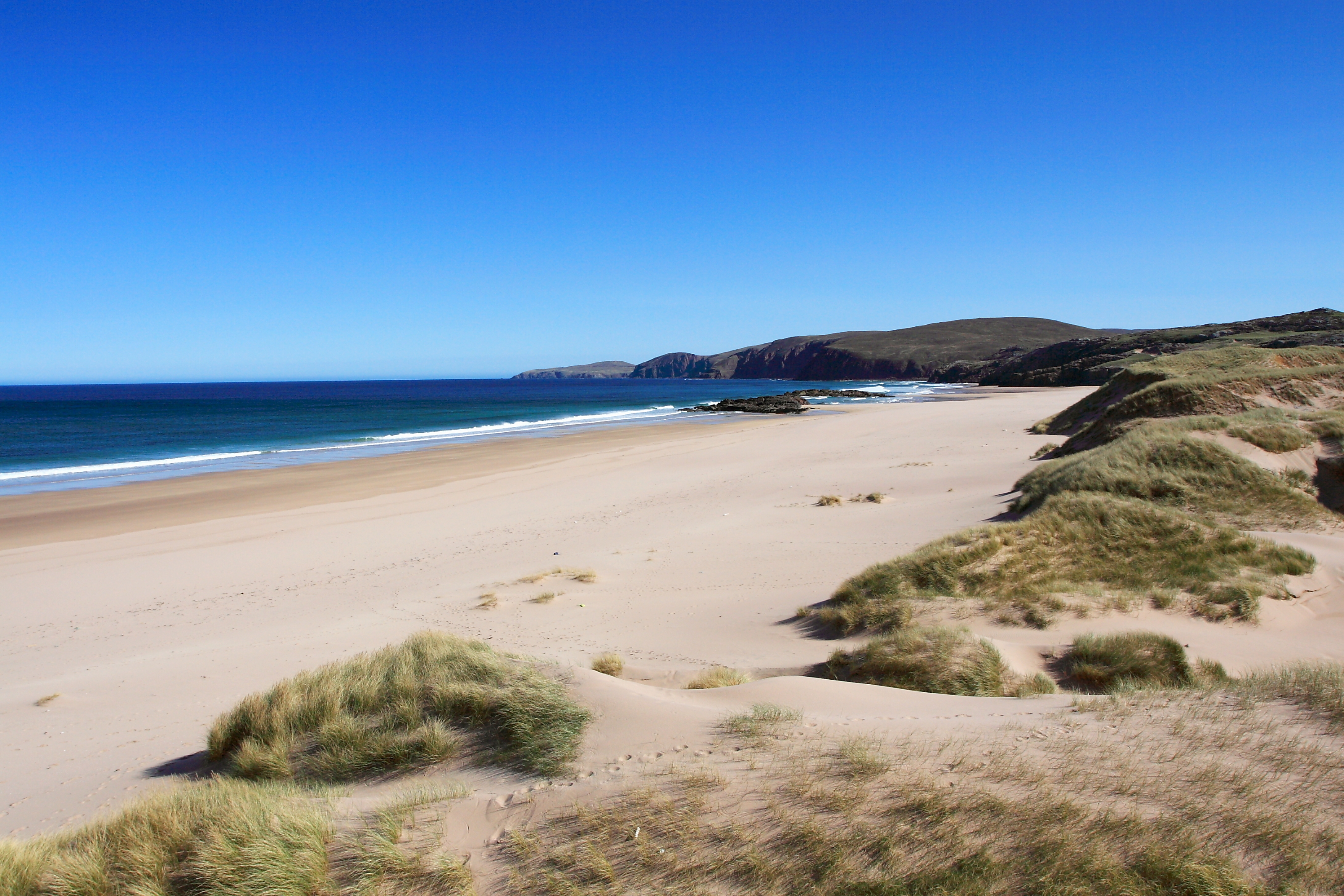 The beach is considered to be one of the most unspoilt beaches in the whole of mainland Britain. Huge dunes and a loch back the wild and spectacular Sandwood Bay in Kinlochbervie.

Flanked by cliffs and facing straight into the North Atlantic, the beach has nearly 1.5 miles. To the south stands the impressive sea stack of Am Buachaille, while behind the bay’s large dunes stretches Sandwood Loch - a freshwater loch full of brown trout.

This remote bay has no road access but can be reached by a 4 mile, well-trodden and fairly flat path leading from the gravel car park at the hamlet of Blairmore.

2. The Three Sisters of Glencoe 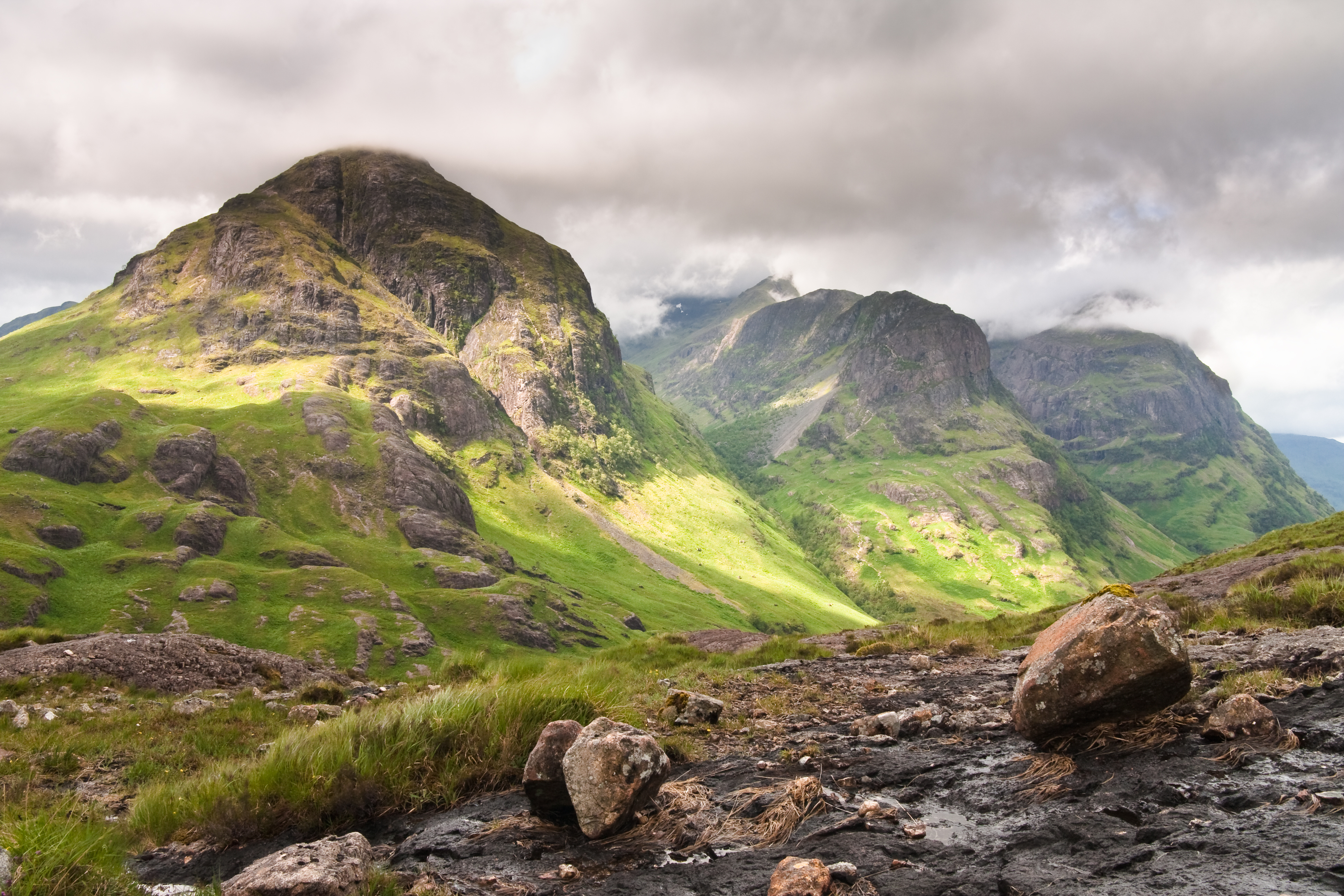 The Three Sisters mountains, also known as Bidean Nam Bian in Gaelic, reside in Scotland’s most famous and scenic glen, Glen Coe, in the Highlands dominating the valley’s skyline. The Sisters (Beinn Fhada, Gearr Aonach, Aonach Dubh) were shaped millions of years ago from some of the world's oldest sedimentary and volcanic strata.

To this day, they attract and stun visitors from all over the world. Visit for yourself to see the sheer scale and grandeur of the surrounding landscapes and learn about the area’s turbulent past.

3.An Lochan Uaine (The Green Loch) 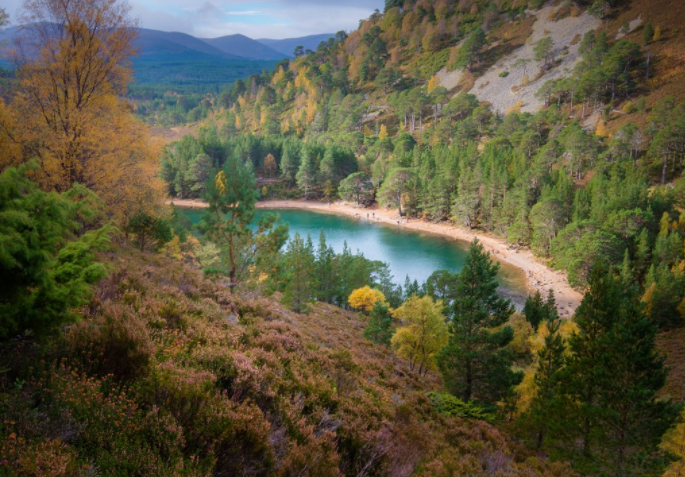 Discover a green-tinted loch surrounded by lush forest and a steep scree slope. Legend has it; the enchanting An Lochan Uaine (The Green Lochan) in Glenmore Forest Park got its unique emerald hue when Dòmhnall Mòr, the king of the pixies, washed his clothes in its waters, staining them green. Science, however, says that the green tint is due to algae generated by decomposing wood lying along the loch floor. Either way, the water's colour is uncanny and makes this a mystery, magical spot, and it is up to you which you would rather believe.

Situated by the Ryvoan Pass near Aviemore, the loch is an accessible and enjoyable walk from Glenmore, which has long been a popular stopping point for walkers in the Cairngorms National Park. 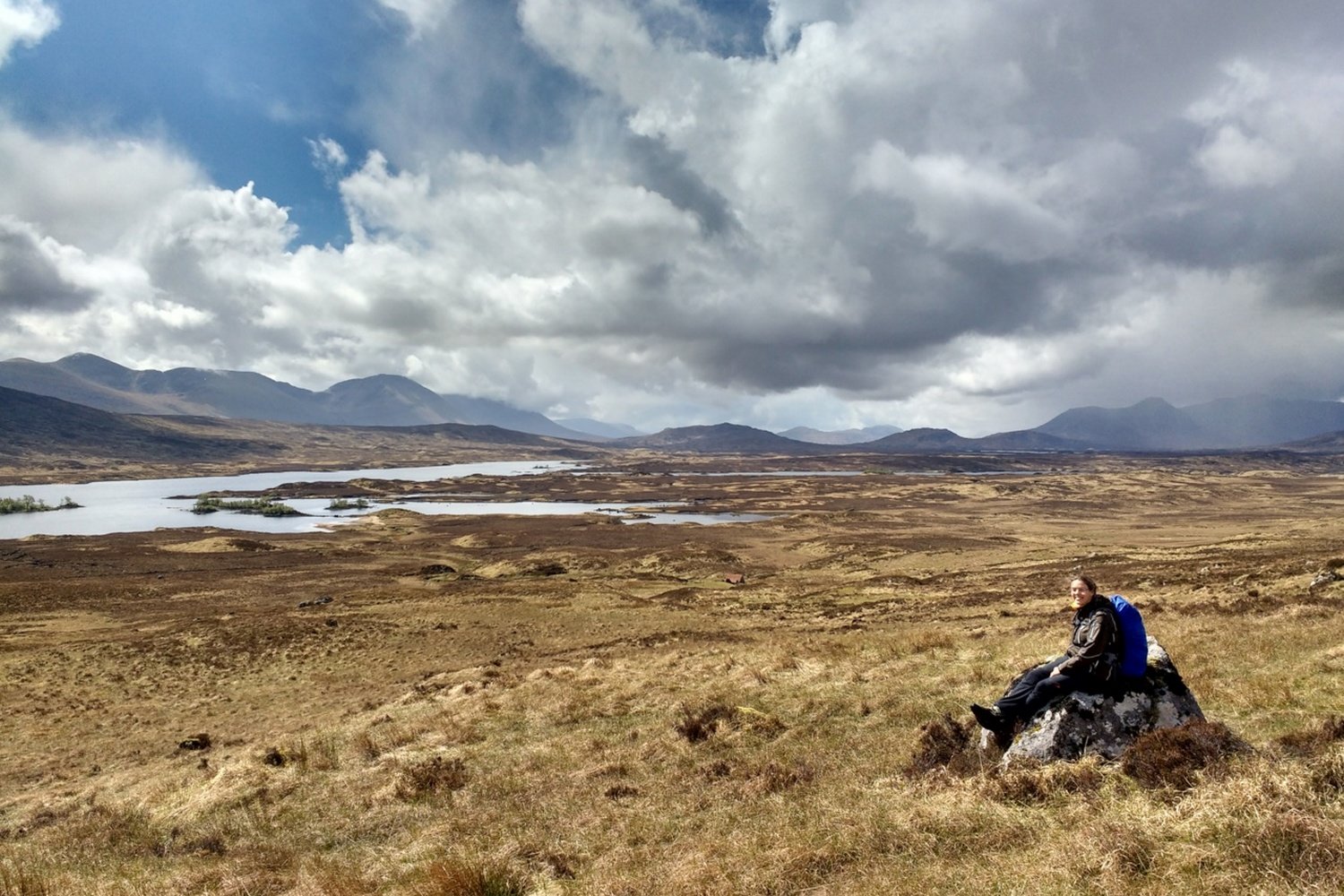 Rannoch Moor is often referred to as one of the last remaining wildernesses in Europe. It is a largely uninhabited and uninhabitable boggy moorland that contains the most extensive complex of soligenous mire in Britain.

Occupying roughly 150 square miles in Perthshire, this challenging land stretch is composed of blanket peat bog, lochans, rivers, heather hillocks and rocky outcrops. Despite its harsh conditions, the land still supports varieties of flora and fauna, with a wealth of plants, insect, bird and animal life thriving here, ranging from curlews and grouse to roe and red deer. 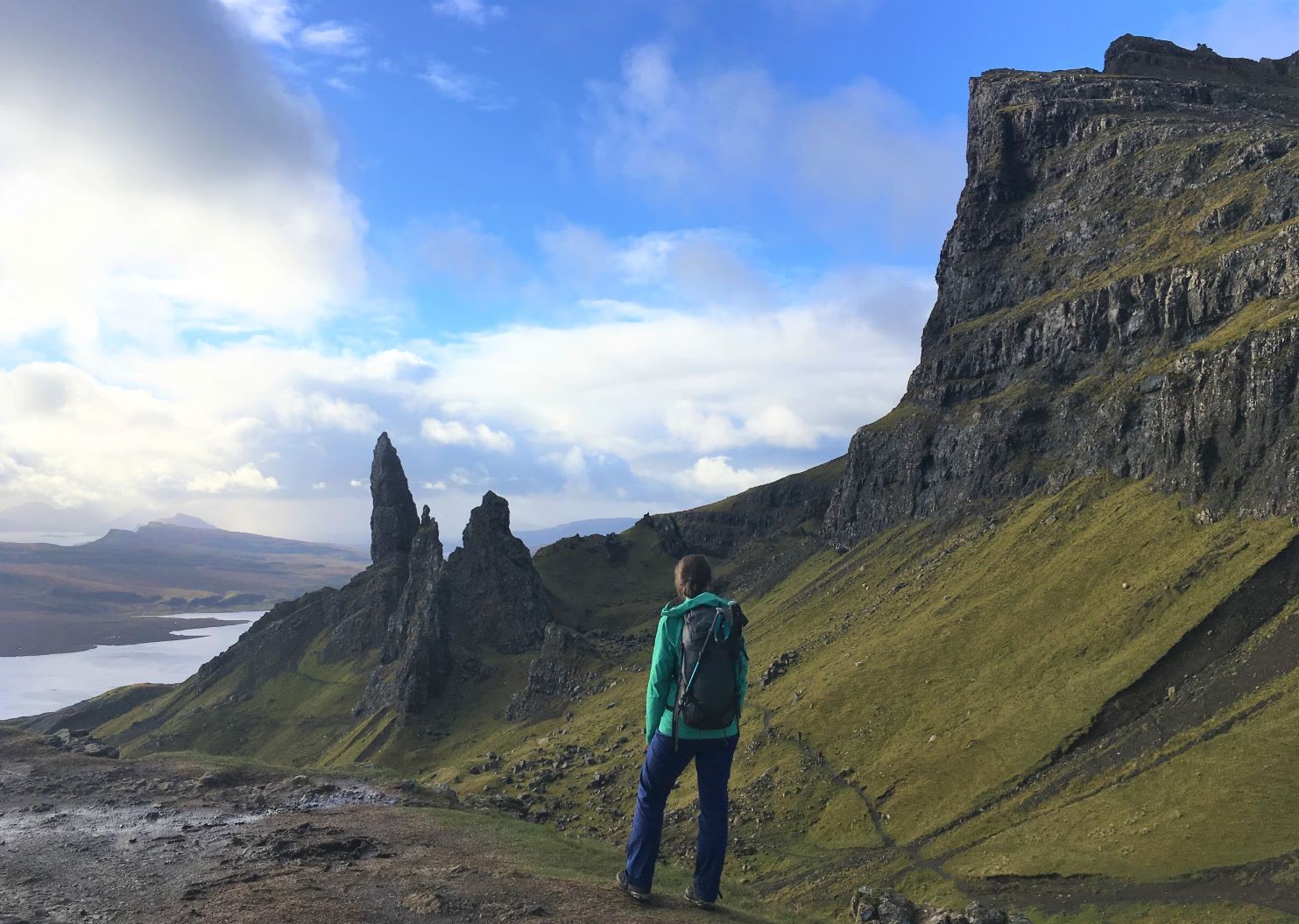 Situated in the north of the Isle of Skye in the Trotternish area. Famous for its magnificent scenery and views, the Old Man of Storr is a popular hot spot for hikers, hill walkers and photographers. You can take the opportunity to walk up and down the Storr on a 3.8km route.

Share this:
Tags
Discovery Tours Scotland Scottish Highlands North Coast 500
Call us on +44 141 530 5452
Get in touch by Email
Contact a specialist Live Chat