Balearic Islands 101: A Guide to Menorca

While Menorca is its own island, it can still boast that it is the first place to watch the sunrise in Spain due to its easternmost point. And there is no lack of picturesque spots to do so. So whether you witness this on one of the island's many spectacular beaches or simply from the comfort of your hotel room window, it is worth getting up early for. It will feel like a special first glimpse of the start of the new day just for you. 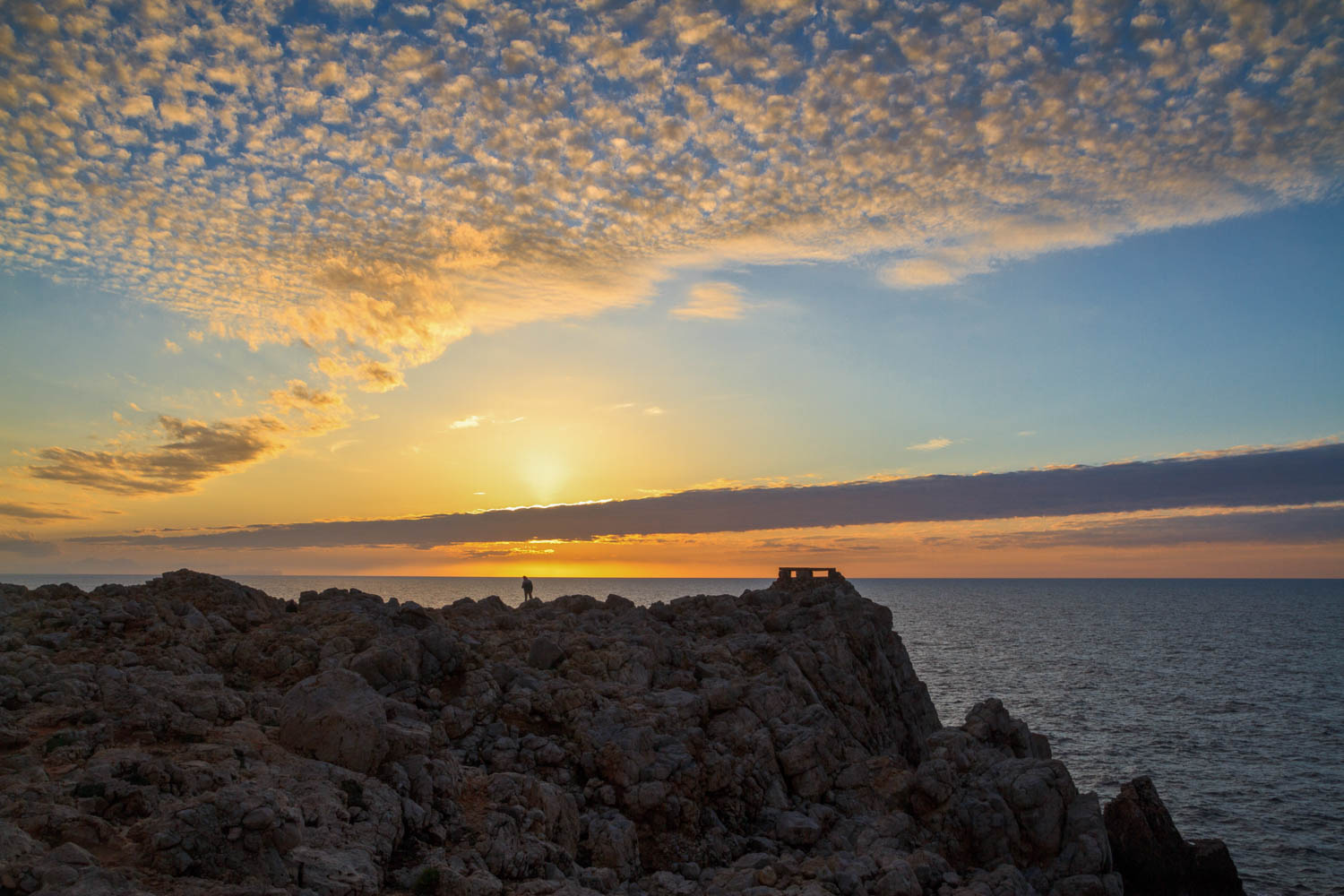 The island was named a UNESCO Biosphere Reserve in 1993 in recognition of the conservation of heritage and landscapes on the island, among other reasons, and still retains this status today. In addition, the diverse flora and fauna on the island make it an extraordinary place. Wildlife thrives on the island also, and the number of different bird species makes it a paradise for bird watchers. You might even be lucky enough to spot the Hoopoe. It is a peach-colored bird with black and white wings, most notable for its distinctive 'crown' of feathers, which can fan out on its head. Menorca is also well known for its Mediterranean tortoises and turtles. They get closely monitored due to the declining numbers, most likely due to human intervention and decreased fish availability. For many years thousands of tortoises were exported from Menorca and sold as pets. Still, the Mediterranean tortoise is now protected by law and can no longer be held in captivity. The island is doing all that it can to help these incredible creatures. Organizations such as Menorca Preservation raise funds to support projects to protect and preserve the island's environment. 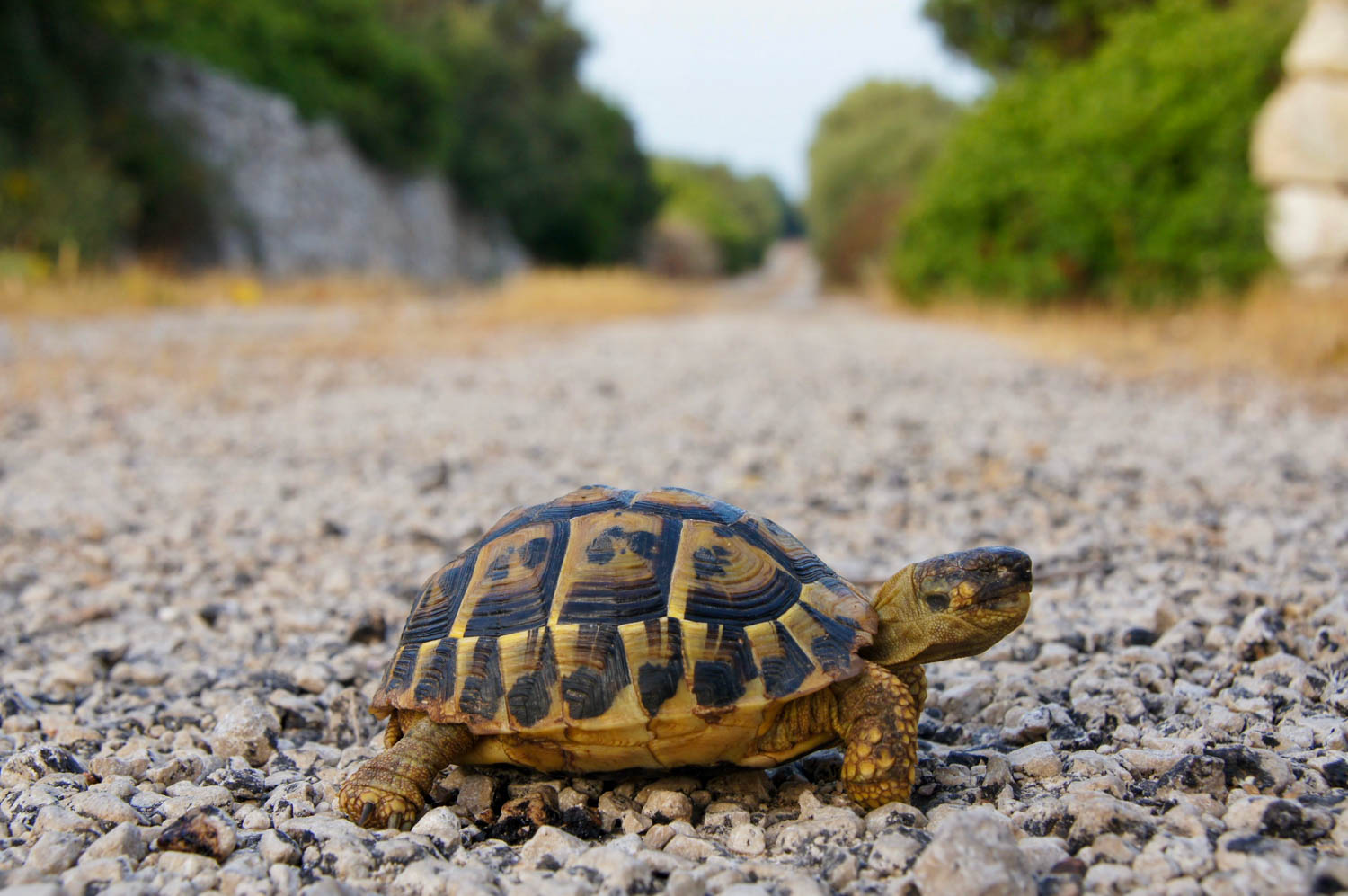 Menorca is famous for is its Taulas (Megalithic Stonehenge-like monuments.) These awe-inspiring monolith's origin and purpose are unknown; however, it is speculated that these could have been anything from a religious symbol, a temple for healing, or designed to be aligned with the moon's movements. Whatever the theory, let your imagination run wild and let yourself be transported back in time while submitting to the beauty of these otherworldly creations. 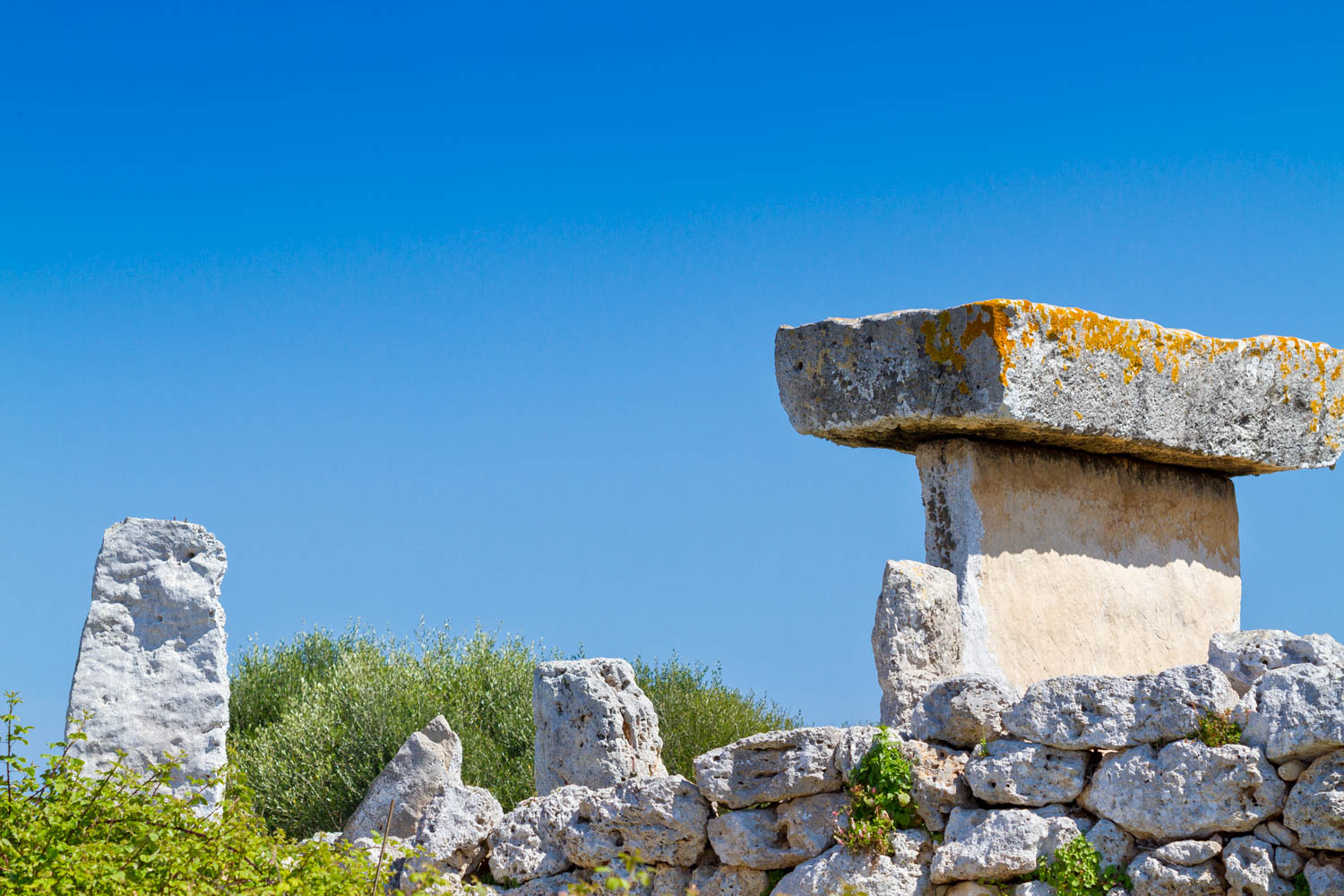 Being an island, Menorca is well known for its fresh seafood and vegetables, making up a Mediterranean diet. They are also known to be sweet-toothed and often have a variety of delicious sweet pastries for breakfast (and throughout the day!)  Below are a few of the island's specialties.

Menorcan Cheese (Queso de Mahon) is very popular here and is named after the port on this island. This cheese is made from cow's milk then rubbed with butter and paprika, giving it a distinctive orange rind. It is salty in flavor due to the sea salt on the grass the cows eat. It comes in various textures depending on age. This cheese is also eaten with many other dishes on the island, including frequently being grated over the famous fish meatballs. Yes, you read that right! Believe it or not, a lot of fish and other seafood here is often eaten in the form of meatballs. For example, bacalao ab burida are cod meatballs served in a garlicky white sauce, and Albondigas de cabracho (scorpion fish meatballs) are usually served with a rich tomato sauce. 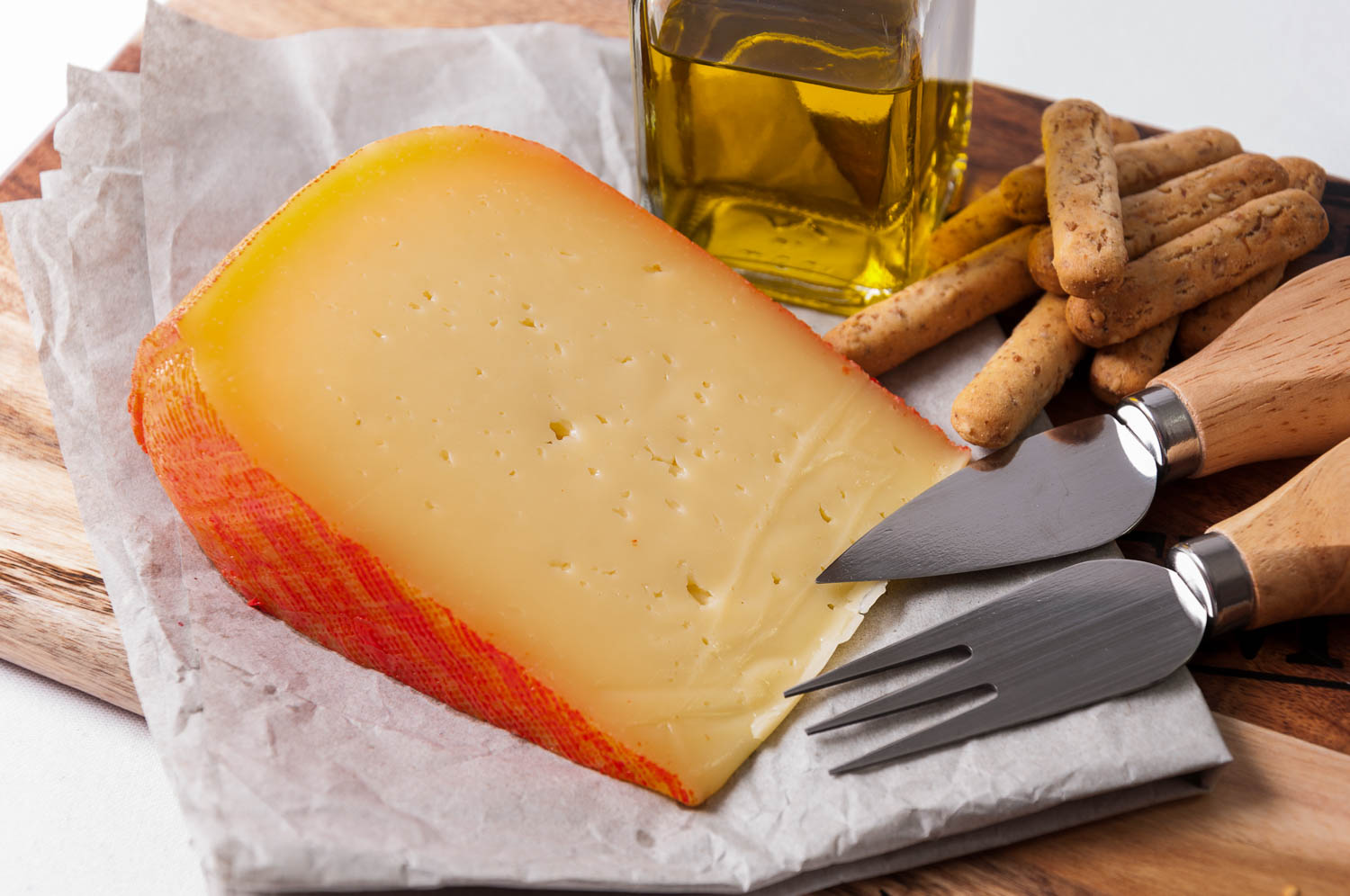 Oliaigua is a Menorcan tomato-based vegetable soup served either hot or cold, depending on the season. Traditionally a peasant food is eaten for breakfast to provide energy. It's now usually served at lunch. Made from water, oil, tomatoes, onions, garlic, green pepper, the soup is generally served with toasted bread. When cold, the soup is usually accompanied by fresh figs or melon. It can be eaten with many accompaniments in the winter, such as potatoes or pickles.

Carquinyols (Almond biscuits) - These sweet, crunchy pastries are often eaten with tea, coffee, or even sweet herbal liqueur. There are different flavors such as cinnamon, vanilla, orange, or chocolate. What makes these different from the other carquinyols made throughout Spain is that the Menorcan version is made with ground almonds giving them a delicious almond taste throughout. These were often given to girls as gifts during the celebrations in the 19th century by young Menorcan men. So if you wish to show your love for someone, why not take a pack of these home? (The true test of love is if they make it there without being eaten!)

Fun Fact: It is said that mayonnaise originates from Menorca. The story goes that following the French invasion in 1756, the Duke of Richelieu went into a Tavern one evening and asked for something to eat. As there was hardly any food, the owner served him what was there, which was some leftover meat with a sauce made from the two ingredients he had, egg and oil. The Duke thought it was so delicious he took the recipe to France, where he named it mahonnaise in honor of the town of Mahon. Over time it gradually changed to mayonnaise, leading to the confusion of possible French origin.

Looking for a refreshingly cool drink after cycling on the sun-kissed island of Menorca? Look no further than the most popular drink, the Pomada, which is simply gin mixed with cloudy lemonade served ice cold. Just reading about it makes your mouth water... 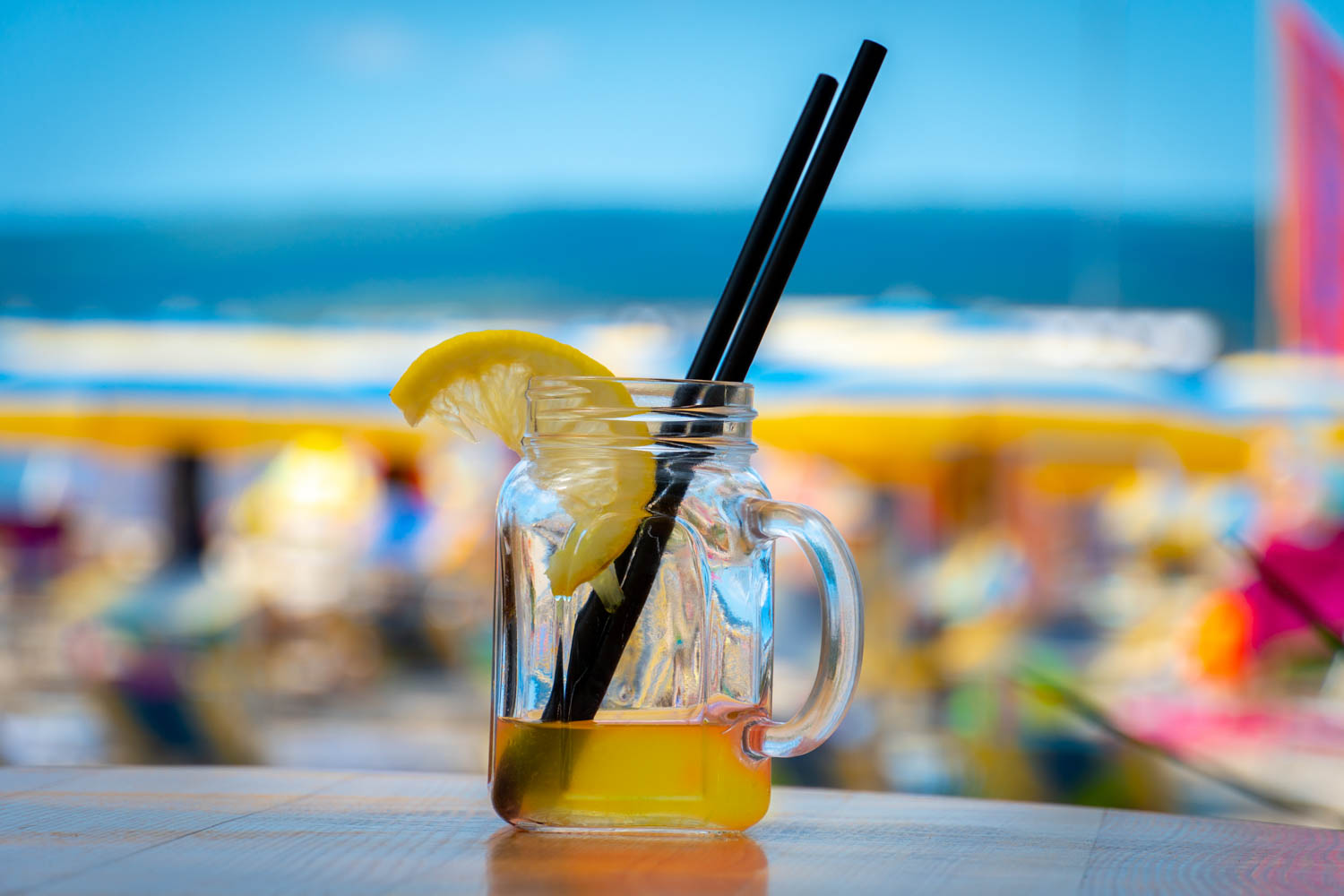 Check out our Menorca by Bike tour, or contact the Macs Adventure team at hello@macsadventure.com for more details!

Share this:
Tags
Balearics Cycling Spain Cycling Menorca Cycling
Call us on +44 141 530 5452
Get in touch by Email
Contact a specialist Live Chat