67
History of the Camino de Santiago
Do you have any questions?
Call us on +1 720-487-9898
Contact a specialistLive Chat
Written by

History of the Camino de Santiago

This is the first (serialised) part of our guide to the Camino de Santiago answers the key questions to acquaint you with the Camino: What is the Camino? And, should you walk the Camino?

The Camino de Santiago has existed for over 1000 years, and it dates back to the 9th Century (the time of King Alfonso II of Asturias) when the remains of St James the Apostle were first discovered in Northern Spain. It is believed that St James preached the Gospel in present day Galicia and on return to Jerusalem he was beheaded by King Herod Agrippa in 44AD. His followers are said to have transported his remains to Northern Galicia where they lay undiscovered until 813. The discovery of his remains in the 9th Century led to the creation of a religious shrine which marks the beginning of Santiago de Compostela and the Camino de Santiago. 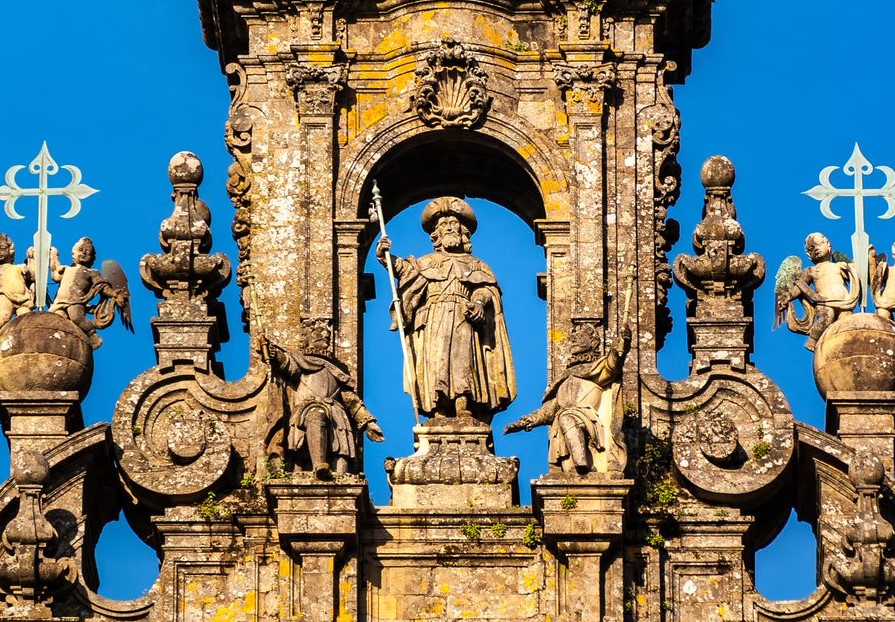 Sculpture of St James the Apostle, at the Cathedral of Santiago

In 997 the first shrine of St James was destroyed by the Moorish army of Al-Mansur but by the 12th century the Cathedral of Santiago had been rebuilt and was attracting pilgrims from all over Europe. In 1140 the Codex Calixtinus, the first guidebook of the Camino de Santiago, was published. This guidebook detailed the routes and infrastructure leading to the Santiago de Compostela and is widely interpreted as the first tourist guidebook. Throughout the Middle Ages the Camino de Santiago remained as popular as pilgrimages to Jerusalem or Rome. Its popularity only began to decrease during the 16th Century with the Protestant Reformation in Northern Europe. Its popularity decreased further with European wars and revolutions in the 17th, 18th and 19th centuries, which restricted travel and cross-cultural integration. For most of the 20th Century the Camino de Santiago remained restricted to the Iberian Peninsula due to the First and Second World Wars, as well as the Spanish Civil War (1936-39). It was only in the 1980s that the process to widespread rediscovery of the Camino de Santiago began thanks to the parish priest and academic Don Elías Valiña Sanpedro, who dedicated the last 10 years of his life to way marking the Camino Francés. 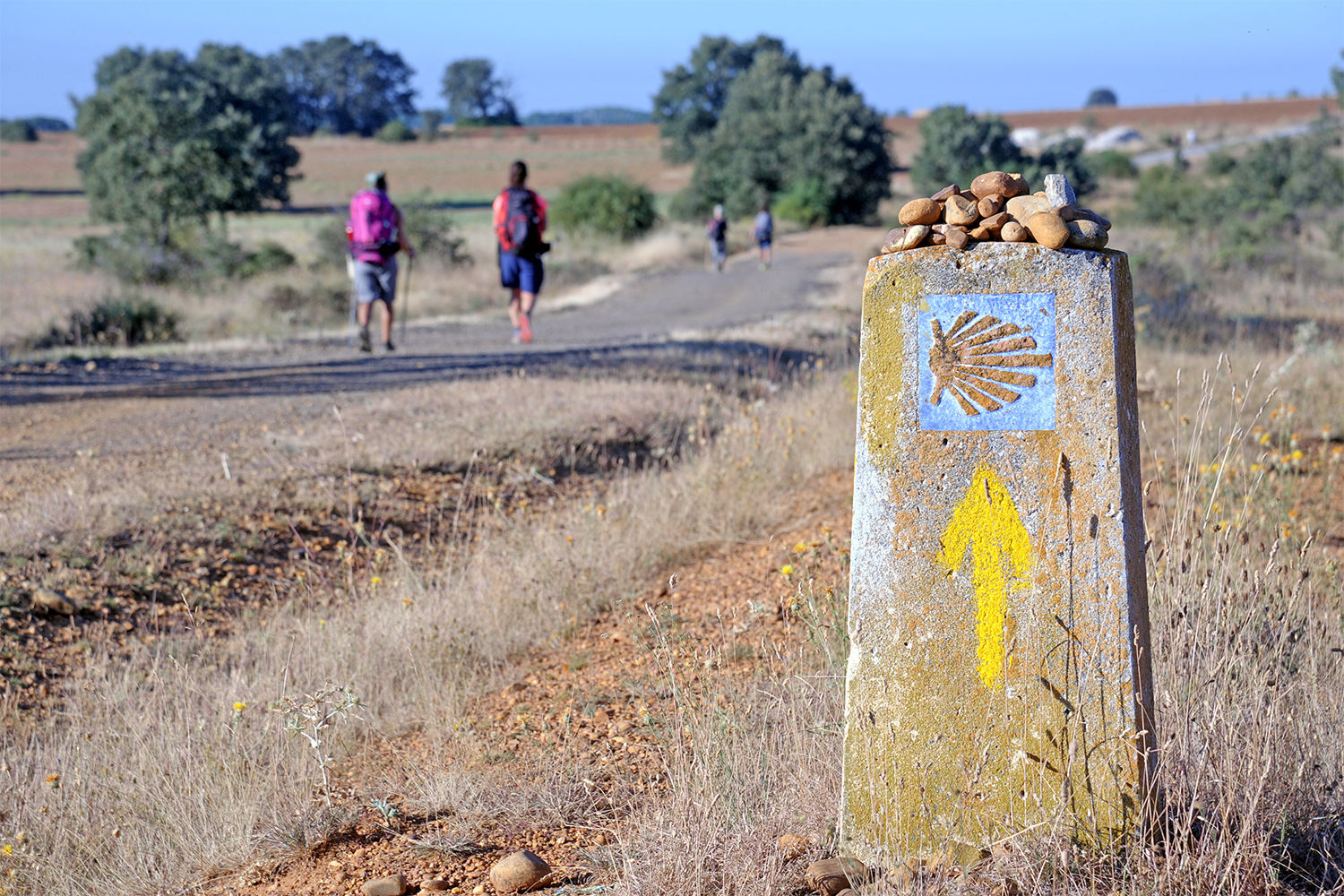 As well as Don Sanpedro, pilgrim associations and local governments have also contributed to the rebirth of the Camino Francés which has led to the rediscovery of various routes through France, Portugal and Spain. From the rebirth of the Camino in the late 1980s, there has been a year on year increase in the number of recorded pilgrims making the journey to Santiago de Compostela. This popularity has continued into the 21st Century with almost 350,000 pilgrims reaching the Cathedral of Santiago in 2019, and possibly more in 2022 as the holy year of 2021 is extended.

WHY SHOULD I DO THE CAMINO?

“I have worked for over 30 years in the corporate environment – fast paced, long hours, hard work. My decision to walk the Camino was to slow down and walk into a new pace of life, more aware of my surroundings and more in touch with the environment. And I love Spain!” - Margot Smith 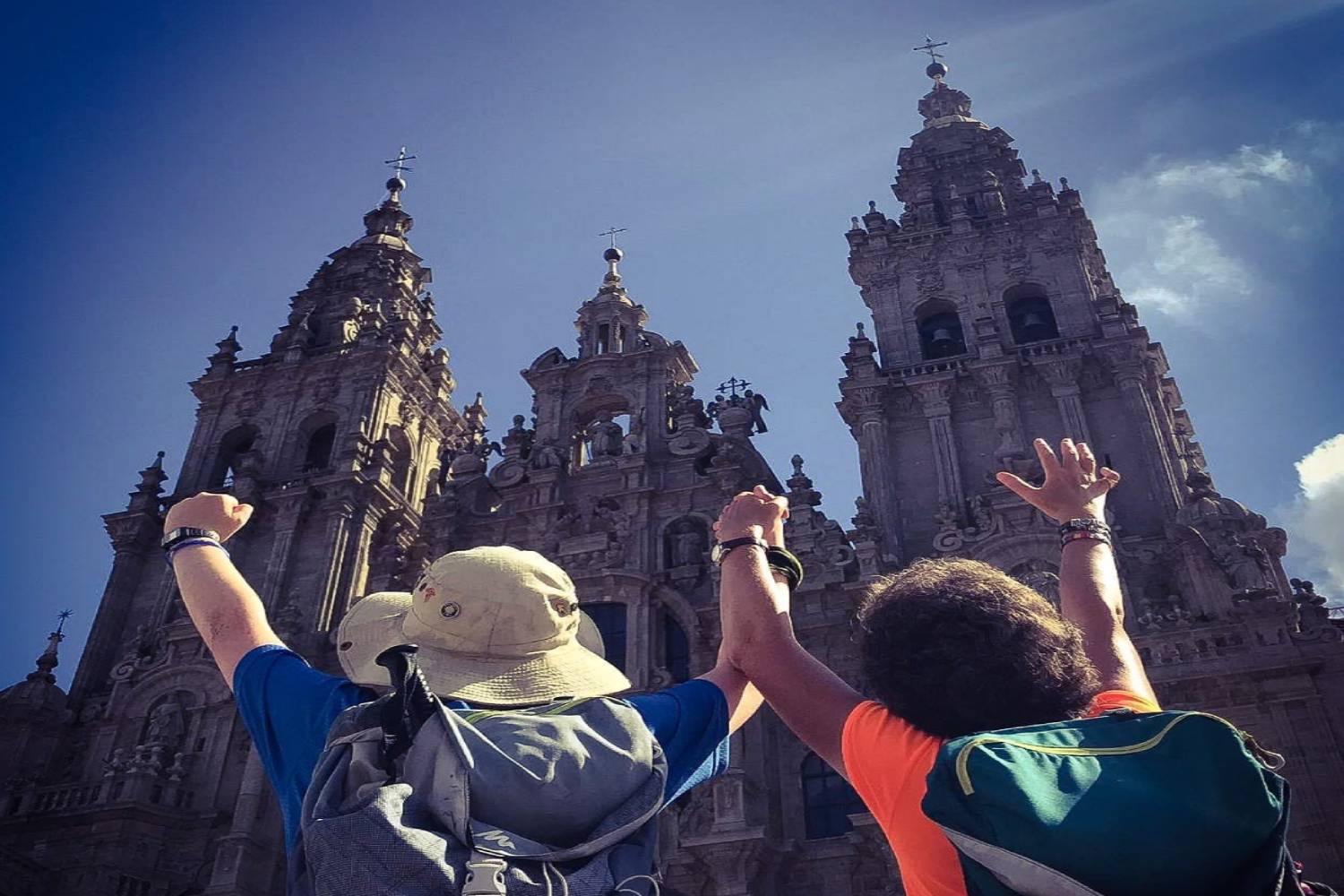 Penelope's #MacsMoment on the Camino

Today, the Camino is still very popular with traditional Roman Catholic pilgrims who travel to Santiago as a demonstration of their faith. All of the routes to Santiago pass by holy shrines, magnificent Cathedrals, historic monasteries and rural churches which give a real sense of the traditional reasons for travelling to Santiago. The Camino is not limited to exclusively religious with many people walking the Camino for spiritual reasons. Many others walk the Camino for an excellent break and holiday, and to achieve something special. With a variety of accommodation on offer, ranging from hostels to boutique hotels, a holiday on the Camino de Santiago can be tailor-made to personal preferences and budget.

The credential must be stamped daily to gain access to pilgrim hostels. Your passport can be obtained in bars, hotels, town halls, museums churches, police stations and all refugios along the way. On arrival at the Cathedral in Santiago, pilgrims take their credential to the nearby Pilgrim Office where a Compostela will be given, to certify the completion of your pilgrimage. You must have walked a minimum of 100 km (the last 100 km) or cycled at least the last 200km, and you must have undertaken the Pilgrimage for religious/spiritual reasons. If you have not made the pilgrimage for religious/spiritual reasons, you may ask for a ‘Certificate’ of Pilgrimage. You can download our full guide to the Camino, which offers advice on which route to Santiago you should take, how to prepare, what to pack and how to get there.

We hope you find this information useful and inspiring, and would like to take the opportunity to wish you a Buen Camino!

Macs Adventure have helped 1000s of people arrange their independent journeys on the Camino. With accommodation, baggage transfers, advice, and telephone support (should you need it) included, we make planning the experience easy, and allow you to focus on the journey. Please fee free to contact our expert team on hello@macsadventure.com, or browse our collection of Camino tours.

This post has been updated from an original article in 2014.

Read the next part of the Camino Guide