67
Iceland: Myths, magic and magnificence
Do you have any questions?
Call us on +1 720-487-9898
Contact a specialistLive Chat
Written by

Last week I was wowed, enchanted and thoroughly blown away by the country of Iceland. My partner and I enjoyed the seven-day Macs Adventure Scenic South Coast Drive and Hike trip to Iceland. While Iceland had long been on our bucket list of countries to visit and we were sure we would be enchanted by it, we had no idea just how stunning, fascinating and magical it would be.

In the first in a series of Iceland focused blogs, I reveal 21 reasons to visit this mythical, magical and magnificent country!

1) For real-life geography lessons: Iceland offers a geography lesson like no other. Glaciers, ice-bergs, dormant and active volcanoes, deep and rocky fissures, craters, basalt columns, waterfalls and plains of moss-covered lava fields reveal a raw, dramatic and often stunning up-close view and experience of the still forming landscape of this country.

2) For the glaciers: Coming across your first glacier is breath-taking. Seeing several glaciers one after the other as you drive the south coast of Iceland is truly mind-blowing. And walking on a glacier is something that feels so surreal that you really need to do it to understand it. Always hire a guide, such as Mountain Guides. 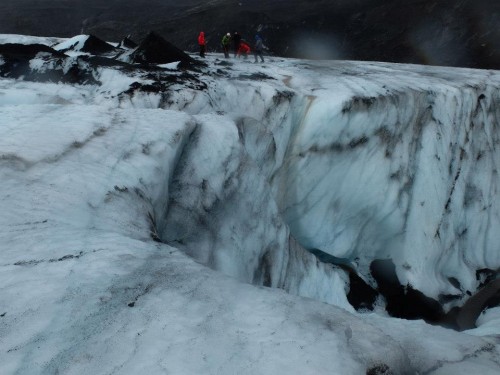 3) To be wowed by icebergs: Both bold and beautiful yet also alarming, the iceberg lagoon at Jokulsarlon is testament to the climate changes affecting Iceland. 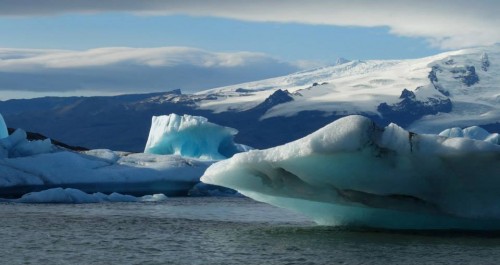 4) For fall after fall (or Foss after Foss): Each and every waterfall – and there are so, so many in Iceland – is more stunning, fabulous, high, fast-flowing and/or photogenic than the next. Visit them all and especially Gullfoss, Bruararfoss, Selfoss, Skogafoss and Seljalandfoss. 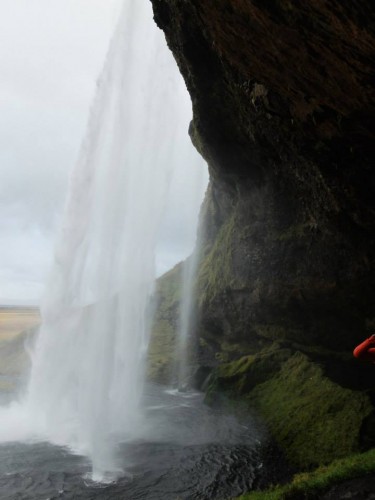 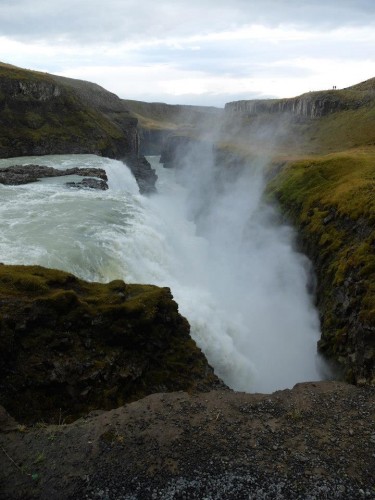 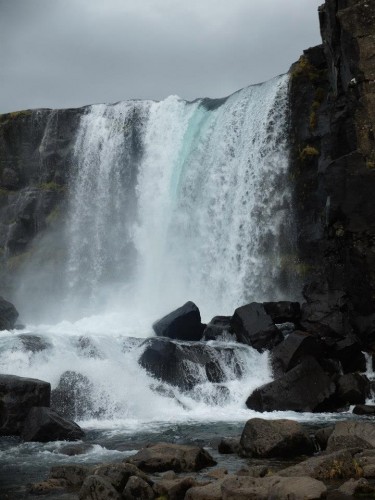 5) To learn a new language: No doubt you spotted a pattern above. Foss is the Icelandic word for waterfall. Almost every signpost features the word Foss. Another much seen place name is Vik, which is Icelandic word for bay. It's pronounced Veek. For example, the capital city of Reykjavik means "smoking bay".

7) To learn new words: Fumarole is a brand new word for me. It is Latin for "fumus, smoke" and refers to an opening in a planet's crust, often near volcanoes. So you can see why I came across this evocative new word in Iceland.

8) To hear the Icelandic's talk: The language sounds strong and bold and horribly complicated but I loved hearing it. Whenever I could I asked a local person how to pronounce new words and place names and listened with joy as they said seemingly unpronounceable words with ease.

9) For fairy tales: Many Icelandic people still, genuinely, believe in elves. It's not difficult to imagine these mystical creatures living in the magical looking countryside. In times gone by,  Icelanders also believed that trolls lived in the glaciers and lava fields. They are easy to spot after being struck by sunshine and turned into bizarre lava formations (so it's claimed!). And they might easily live amid the Woolly Fringe Moss that blankets so much of the landscape! 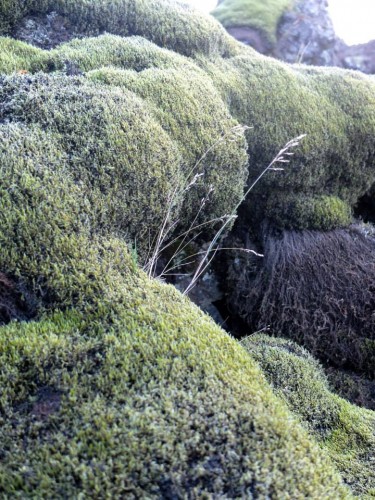 10) To see land ripping apart: This might sound brutal but Iceland is being pulled apart at an incredible rate of 2cm per year. The country sits over two major tectonic plates, the American and European plates, which are slowly pulling apart. You can see how this has created huge fissures in the land at Thingvellir National Park. 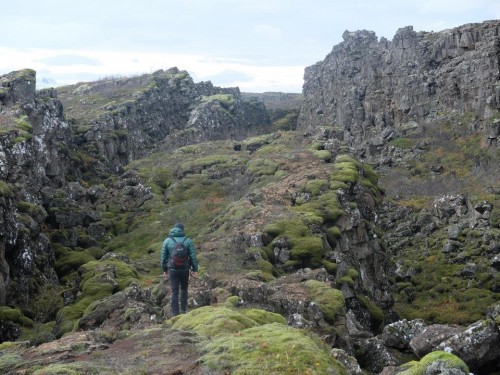 11) For big boiling explosions: Iceland is the home of numerous geysers and it's here that the English word geyser was coined. See several fabulous exploding hot water geysers at the Geysir Geothermal Field, Hverasandar. 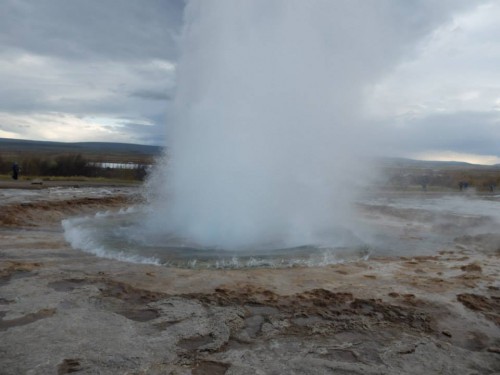 12) To visit a natural spa: While Blue lagoon might conjure up images of a naff waterpark in a holiday resort, in Iceland the Blue Lagoon Geothermal Spa is a very special place indeed. The hot spring pools are located close to Reykjavik and are a must-visit for a few hours of warm water bathing, mud packs, steam rooms and a cheeky beer or fizzy wine.

13) To bathe in a hot river: Another extraordinary hot spring destination is found high in high in the hills close to the settlement of Hveragerdi. Here, the natural hot water runs into a beautiful river. Even when the air temperature is chilly it's easily possible to strip down to your swimming costume to luxuriate in the warming waters of this natural river. 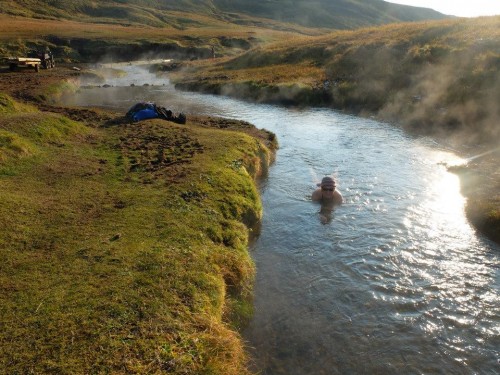 14) To walk - and walk: Iceland loves waymarked trails, short, long and longer and all over the countryside. This makes the country a navigational treat. A longer hike to recommend is Skaftafell National Park.

15) For strange sweets: Liquorice in all shapes and varieties, Lava Candy, Hraun, Conga, Florida bars, Tromp, Opal, Topas and even Lava Candy are just a few of the sweets that can be found in even the smallest of supermarkets. Iceland appears to love their confectionary and the more bizarre the better! Try a few for fun.

16) For odd delicacies: One Icelandic "delicacy' that I wouldn't recommend (although others rave about it) is the putrefied fish called Skata. It's said the smell is enough to make you run miles, so I hate to think what it tastes like. Try if you dare?! 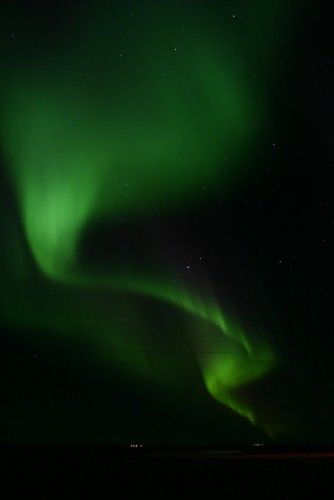 18) For a charming capital city: Spend at least a day or two in the wonderful small city of Reykjavik. Wander the colourful streets, window shop in delightful shops, visit museums, eat out, take a whale watching trip, visit the Volcano House and see the huge topographical 3D map of Iceland. 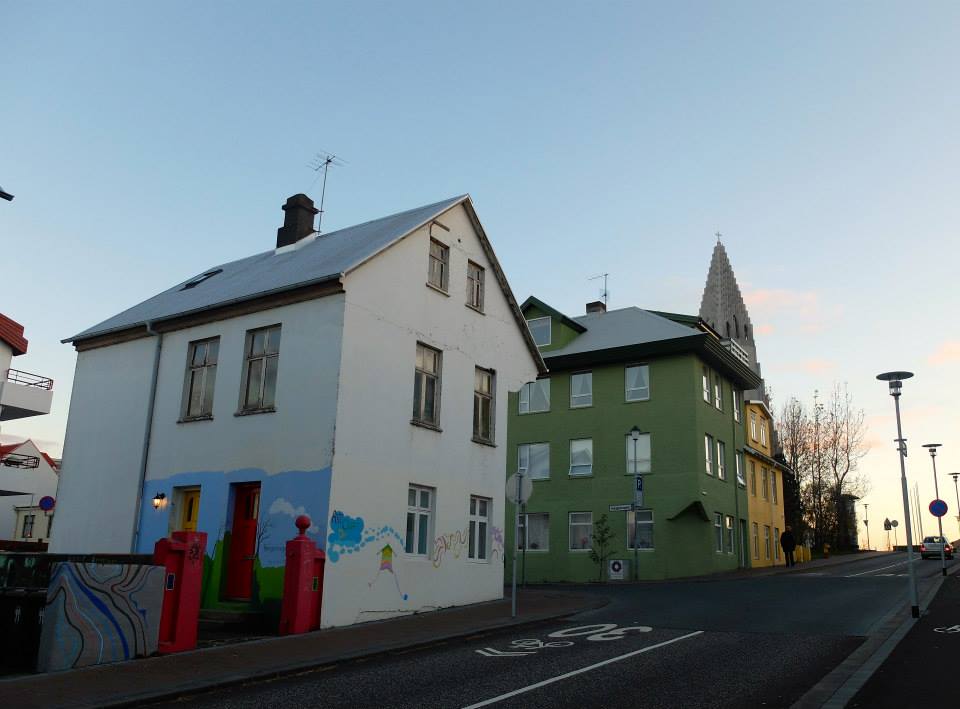 19) For wildlife watching: Puffins, whales and other sea mammals are Icelandic specialties.

20) To spend: There is no getting away from it, Iceland is pricey and especially for food and drink. But it's nowhere near as expensive as we had imagined. I advise that you seek out local cafes and restaurants (see TripAdvisor for recommendations), take advantage of duty free alcohol allowances and remember that you are on holiday. Food and drink might be akin to London prices – and more in some places – but this country more than makes up for a dent in your wallet by being so fabulously spectacular.

21) To want more: Once you have seen and experienced Iceland you will want to return. For sure.