67
Brittany's Quirky Myths and Legends!
Do you have any questions?
Call us on +1 720-487-9898
Contact a specialistLive Chat
Written by

Brittany is a playground for myths and legends. Not too far from where you'll be biking, many folklore tales are embedded in the culture! So let your imagination run wild as you learn some of the exciting stories of its enchanting forests. Or ponder the meaning behind the many Megaliths?

1. Nowhere else are these impressive prehistoric stone monuments found in such abundance, and many of the megaliths have local folklore ascribed to them. However, my favorite of them all has to be 'La Roche aux Fees' or Rock of the fairies' (pictured below). Legend has it that this impressive structure was built by fairies in just one night to prove their existence and help ensure the happiness of couples. The tale goes that it was once a local tradition for couples who wished to marry to go the rocks and check their compatibility by walking around counting the rocks in different directions (the women walking clockwise and the men walking anti-clockwise.) If, in the end, they both agreed on the total number of stones (which didn't have to be the correct number), then it was said they would go on to have a happy marriage. So if you wish to extend your trip and check your compatibility at this spot which is under an hour's drive from Rennes, I would recommend doing this at the end of your trip to avoid any awkwardness. After all, your partner might just be terrible at Maths! 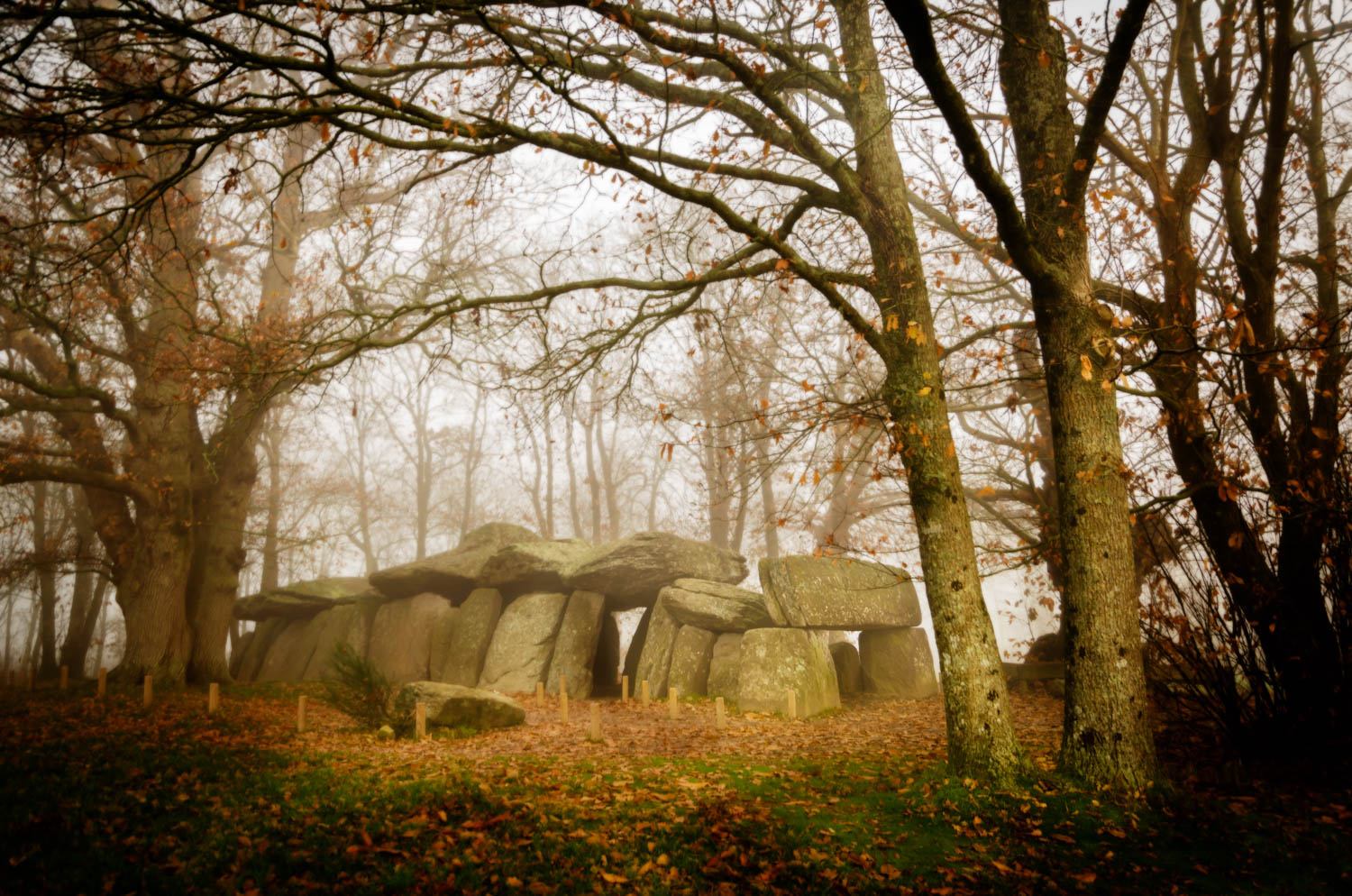 2. If the thought of eternal youth fills you with hope, then check out "The Fountain of Eternal Youth." Nestled within the forest of Broceliande (Also known as Paimpol forest.) Close to Merlin's Tomb, this fountain is thought to have been a place of Druid worship. It is said that each year during the summer solstice, newborns would have been brought here to be bathed and registered. However, parents unable to bring their child that year would bring them the following year. They would then become a year younger as they were registered as newborns! Therefore the legend has it that anyone who drinks water from the fountain will be granted eternal youth. It's easy, really; all you have to do is visit the fountain on the day of the summer solstice, drink from the fountain, and voila! Or you could trust the tried and tested way of staying young... the power of movement and relaxation. Luckily for you, you can find exactly that on one of our holidays!

Merlin was a mythical figure featured in the legend of King Arthur. Known as a wise man and healer, he fell in love with 'The Lady of the Lake' Fairy Vivien. Wanting to preserve his love forever, she trapped him in a prison made from the air, which you can sometimes see his silvery curls escape from. The site is known as 'Merlin's Tomb' (pictured below) used to be a megalithic burial site, and it was partially destroyed in the 19th century. Now only two stones remain, one leaning towards the other like lovers about to embrace. So is it Merlin and Vivien held spellbound together for all of eternity by the power of their love? Who can know for sure? 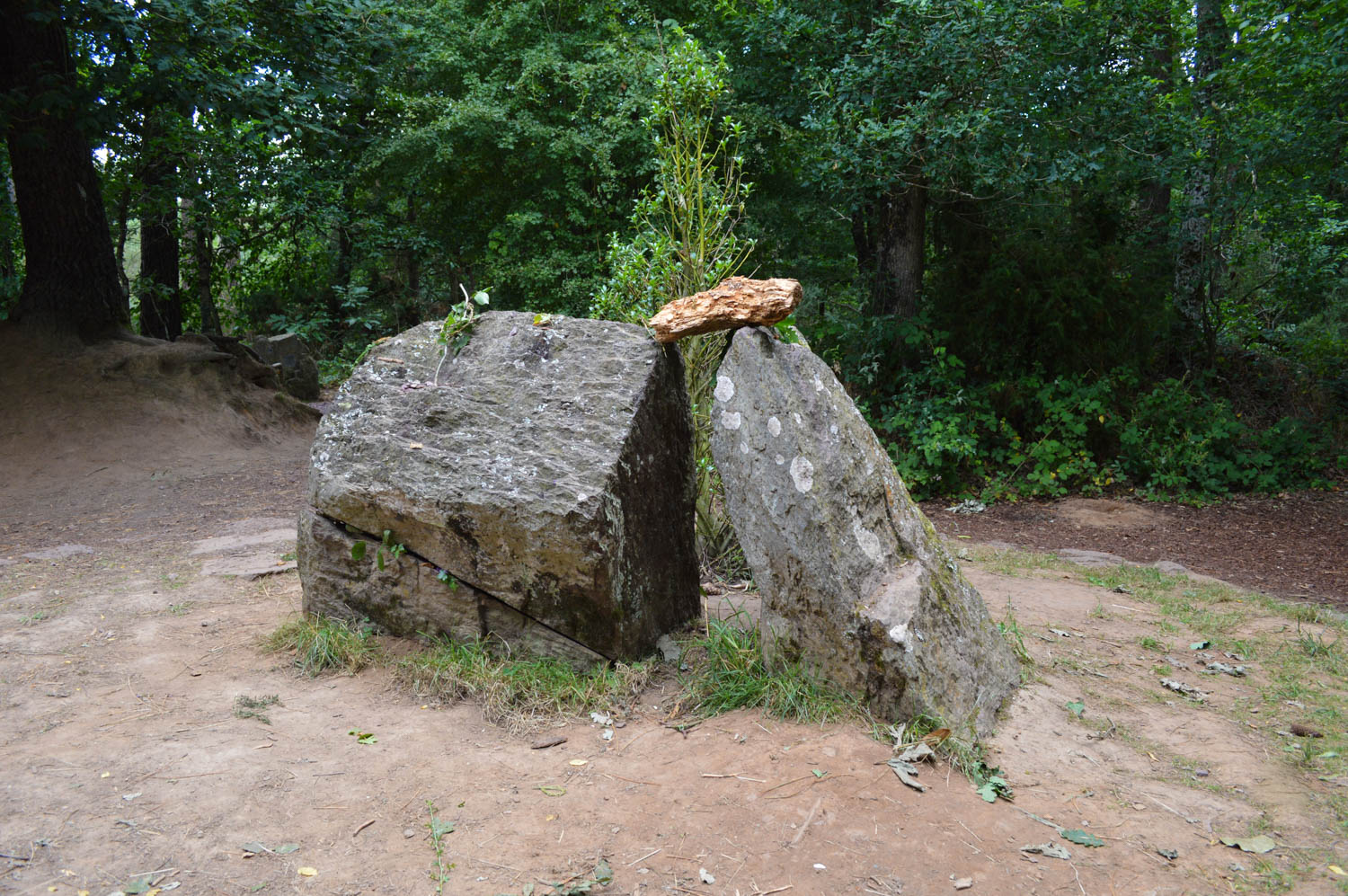 3. Celtic legend has it that the Giant Gargantua passed through Heulgoat Forest on his way to Leon and requested something to eat to ease his hunger. Enraged with the small portion of 'Buckwheat mush' he received, he got his revenge by throwing all the rocks he could find back to Heulgoat as he carried on towards Leon. As a result, huge boulders piled up along the river and across the forest where they remain to this day. Thankfully the Bretons have now created the delicious savory buckwheat crepe, the 'Galette,' so there shouldn't be a repeat of this pandemonium!

Whatever you believe, you are sure to have an enchanting time in Brittany!

Share this:
Tags
Brittany Cycling Brittany Walking
Call us on +44 141 530 5452
Get in touch by Email
Contact a specialist Live Chat