67
How to get rid of midges in Scotland: Best midge repellent and protection
Do you have any questions?
Call us on +1 720-487-9898
Contact a specialistLive Chat
Written by

How to get rid of midges in Scotland: Best midge repellent and protection

It’s summer in Scotland and as well as the beautiful weather, incredible scenery and welcoming people, there is a fair chance of seeing a midge or two, particularly on the West Highland Way. If we’re honest, there will be more than just a few midges around in some west coast places, and especially in the early morning and as the sun sets in the evening. Scotland is not unique with its biting beasties population but, certainly, many people will have heard of the fierce Scottish midge. Midges are not dangerous, although they can cause itchy bites. Some people appear to be more tasty to the flying insect and can end up being irritated by them more than another person, even one standing by their side. Also, some people are more affected by the bites. While one walker or cyclist will suffer only tiny red dots where the midges have bitten, someone else could come up in larger, itchier bits. It seems to be bad luck, rather than there being anything you can do to change this outcome. Top-tip: The itch can be helped by taking anti-histamines.

The best way to avoid being bitten by midges is to cover up your bare skin at times when they are most likely to be around. If it’s a still, humid morning or evening, wear long sleeved tops and trousers. A midge net made for your head can be a useful addition to your outdoors kit list. As soon as the wind picks up or there is bright sunshine, most midges will disappear.

How to beat the midge

There are many midge repellents and a few midge traps on the market. Here are some of the best. Smidge That Midge 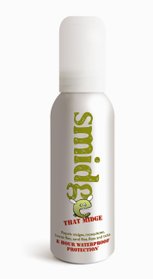 One of the most highly acclaimed midge repellents, it comes as a pump spray and claims to be water and sweat resisting formula with “immediate protection for up to eight hours without re-application”. Smidge can be purchased from the Smidge Store or most outdoors stores. Avon’s Skin So Soft 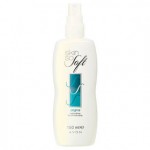 This moisturizer was not created as a midge fighter but for some reason, someone realized it works against the beasties. Many people swear by this pleasant smelling body cream as an anti-midge defender. You can buy it online from Avon and from many outdoor stores. Buzz Off Spray 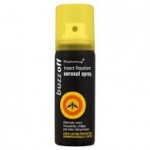 Although it says this repellent is for mosquitoes I have found it to be useful against Scottish midge. It has a very pungent repellent smell on your skin but it's good at midge protection.

This is DEET based and you should be aware it can ruin some plastics, such as watchstraps, but it does see off a wide range of insects including midges. It works by deterring insects from landing on the skin. Buy from outdoor stores including Tiso. Nature’s way There are said to be some natural midge such as essential oils like Eucalyptus, lavender and lemon. The results vary between people although these oils can make you smell rather nice! A brand called Incognito make hair and body wash infused with citronella and tee tree for "natural anti-insect camouflage". Eating Marmite before and during your time near midges is also meant to repel them. We’re not sure about this one. Make friends with bats! A single bat can eat 3,000 midges and other insects in one night. Midge trappers Midges No More sell midge-trapping machines that are said to be highly effective. The award-winning Barrfly™ midge and mosquito barrier is one to check out. See Midges No More Don't worry! Above all, don't worry too much, especially as a walker, as the movement itself means that you'll probably not even notice the little beasties. The precautions above should help you out when you're stopped for a rest. As they are so sensitive to weather conditions, you may not even see any at all (but you'll be ready if you do)!

Share this:
Tags
Scotland West Highland Way Walking Hiking Inn to Inn Biking
Call us on +44 141 530 5452
Get in touch by Email
Contact a specialist Live Chat