67
Top Ten Highlights of the Offa's Dyke Path
Do you have any questions?
Call us on +1 720-487-9898
Contact a specialistLive Chat
Written by

Criss-crossing across the Welsh-English border, the Offa's Dyke Path is a National Trail steeped in history and lots of fascinating sights. Here we describe what we think are some of the top 10 highlights to look out for along the way! There are many, many more but this should give you an idea of what you can look forward to on the way!

An impressive 13th century castle which King Edward I built by actually diverting the course of the Clwyd River! It features a diamond-shaped stronghold with twin-towered and sat inside a ring of lower turreted walls. 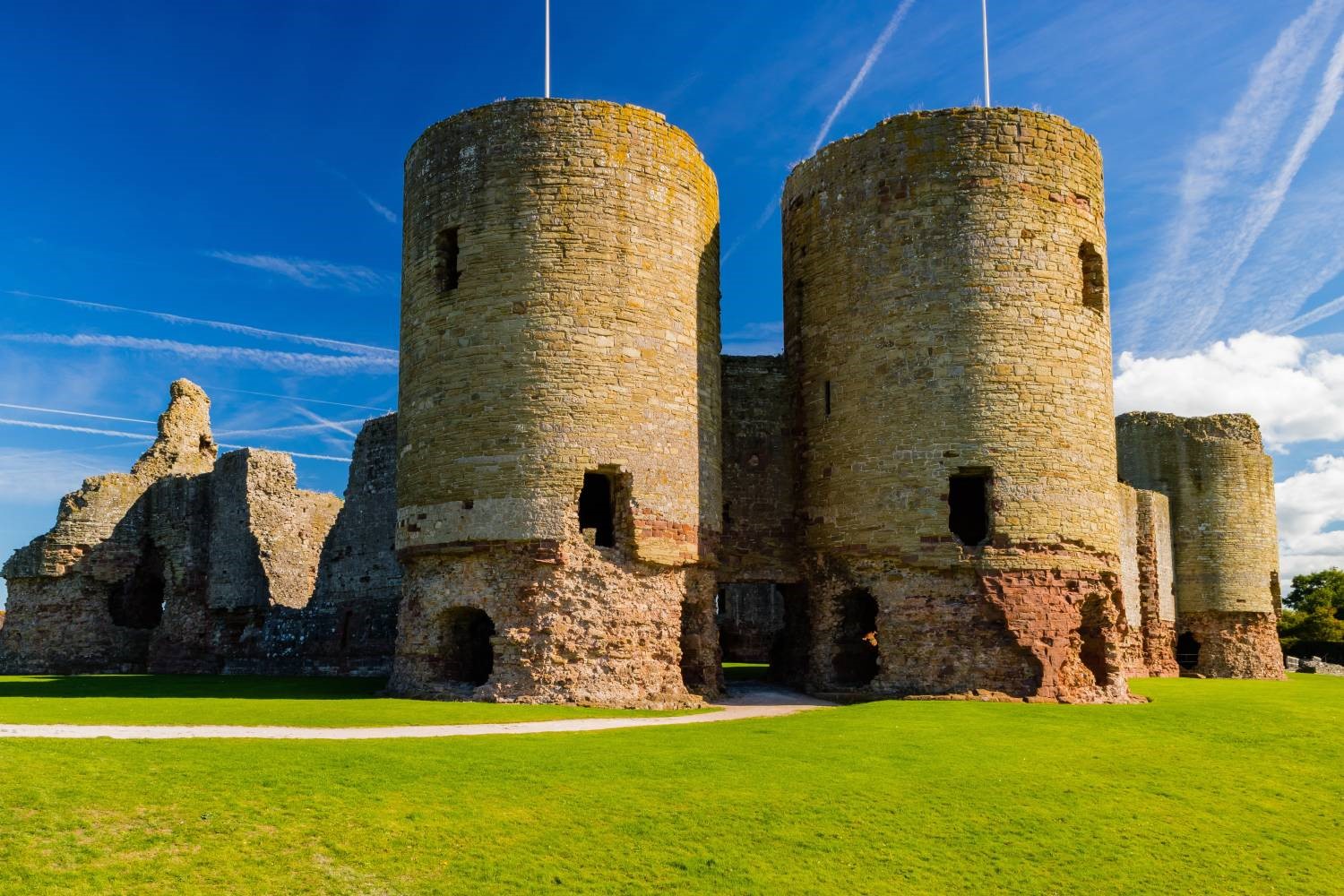 Said to be the smallest cathedral in Britain, beautiful St Asaph features impressive stained glass windows and it's choirs and organ music have often featured on television and radio shows.

Built in 1810 to commemorate the golden jubilee of George III, the ruins of this impressive tower can be found at the summit of Moel Famau. It is not so much the ruins themselves which are impressive here but the amazing panoramic views you will have of Liverpool, the Isle of Man and the Irish Sea windfarms. 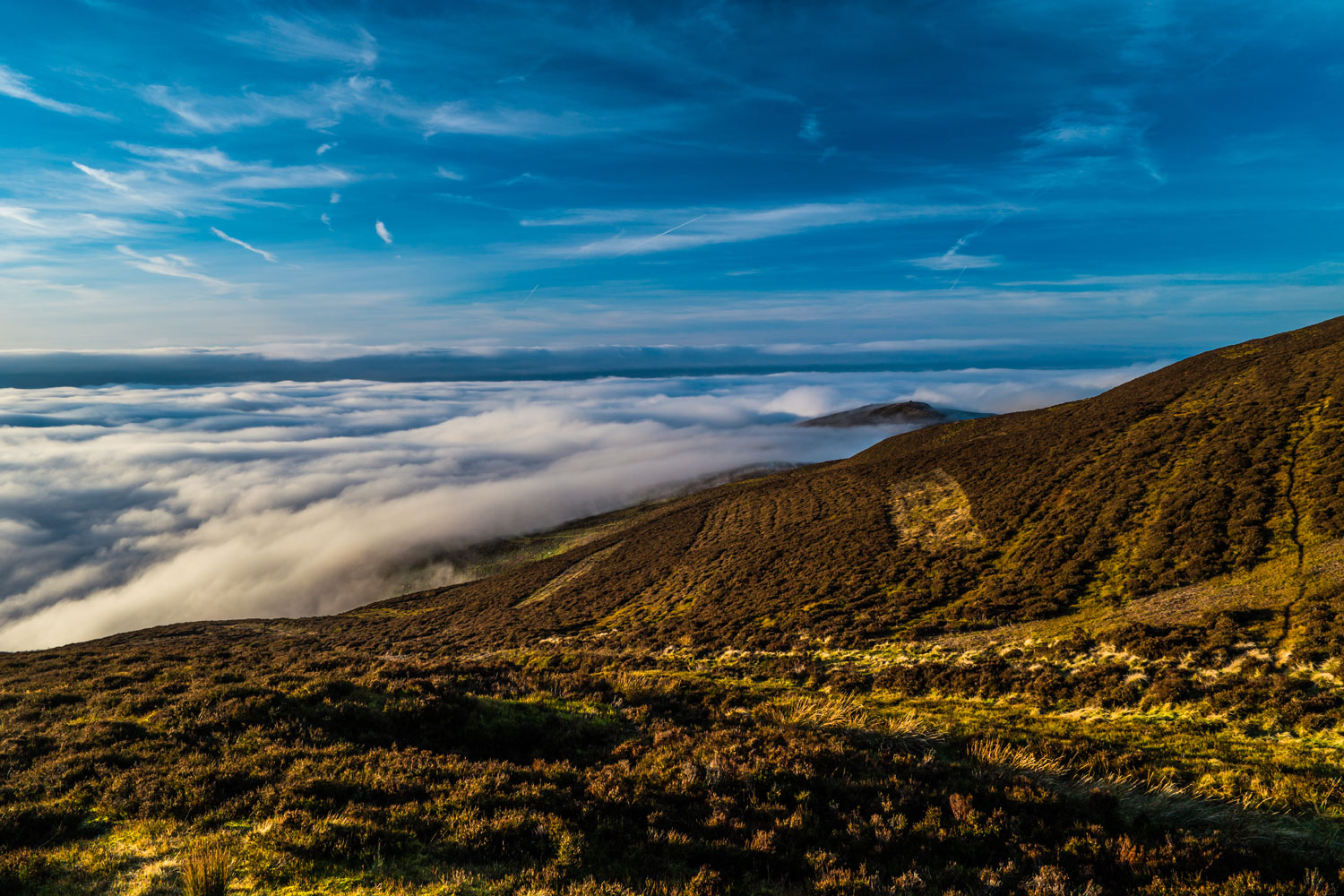 The Cistercian Abbey of Tintern is one of the great monastic ruins of Wales. It was the second Cistercian foundation in Britain, and the first in Wales, and was founded in 1131. You will enjoy amazing views over the Abbey as you walk towards Chepstow.

Castell Dinas Bran sits high above Llangollen on top of a foreboding pinnacle. With this position, it seemed completely impenetrable to any attackers, and you can enjoy views for miles from the top.  Painters, like Turner and Wilson, have captured Castell Dinas Bran on canvas and Wordsworth also visited. 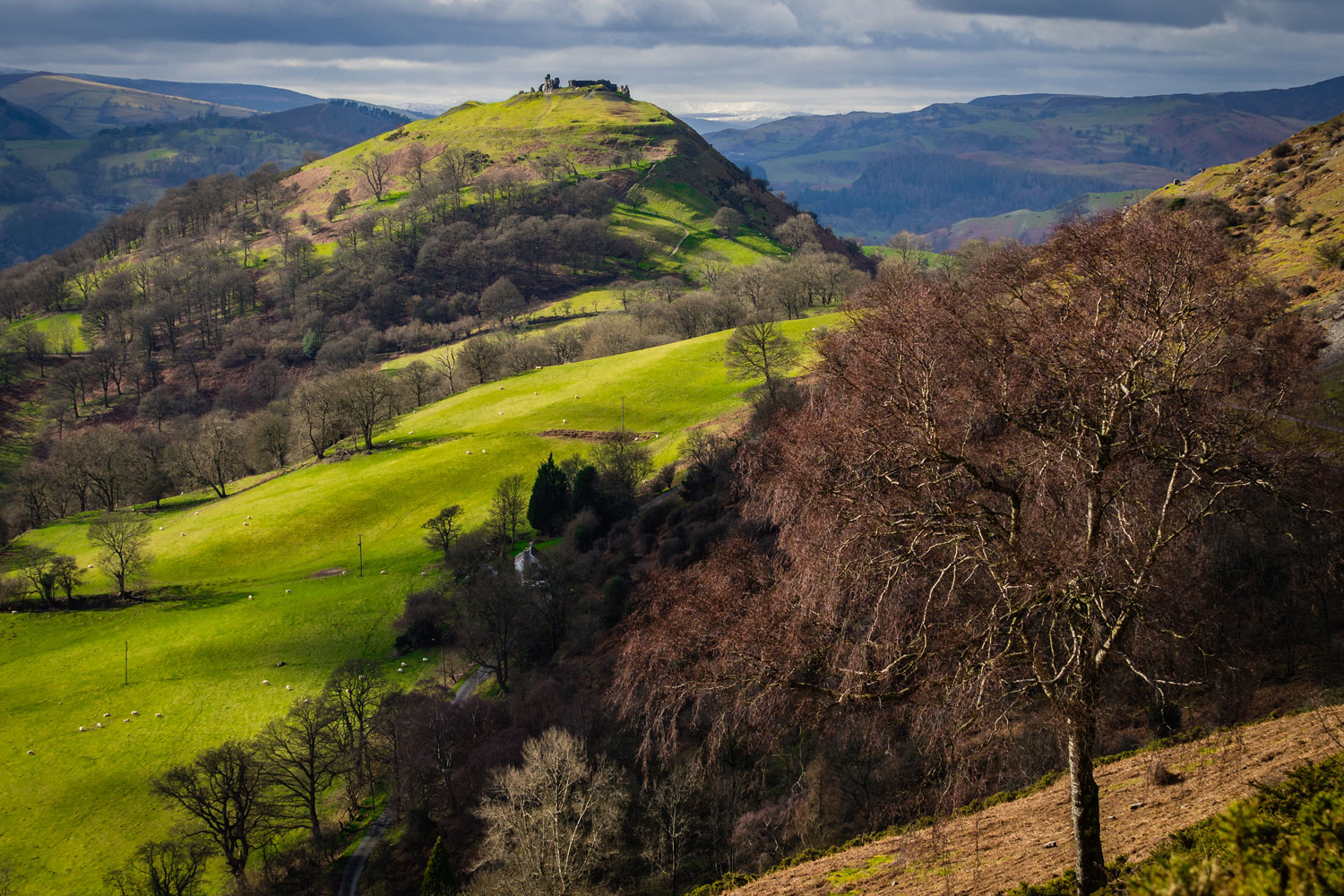 Set 40m above the River Dee, Pontycysyllte is Britain's highest navigable aquaduct and it is an optional route to take on the Offa's Dyke Path. Only take this route if you have a good head for heights as for those with vertigo, it may be slightly un-nerving! It is a World Heritage Site and serves to connect the Llangollen Canal, which is a dead end canal to the Shropshire Union Canal. 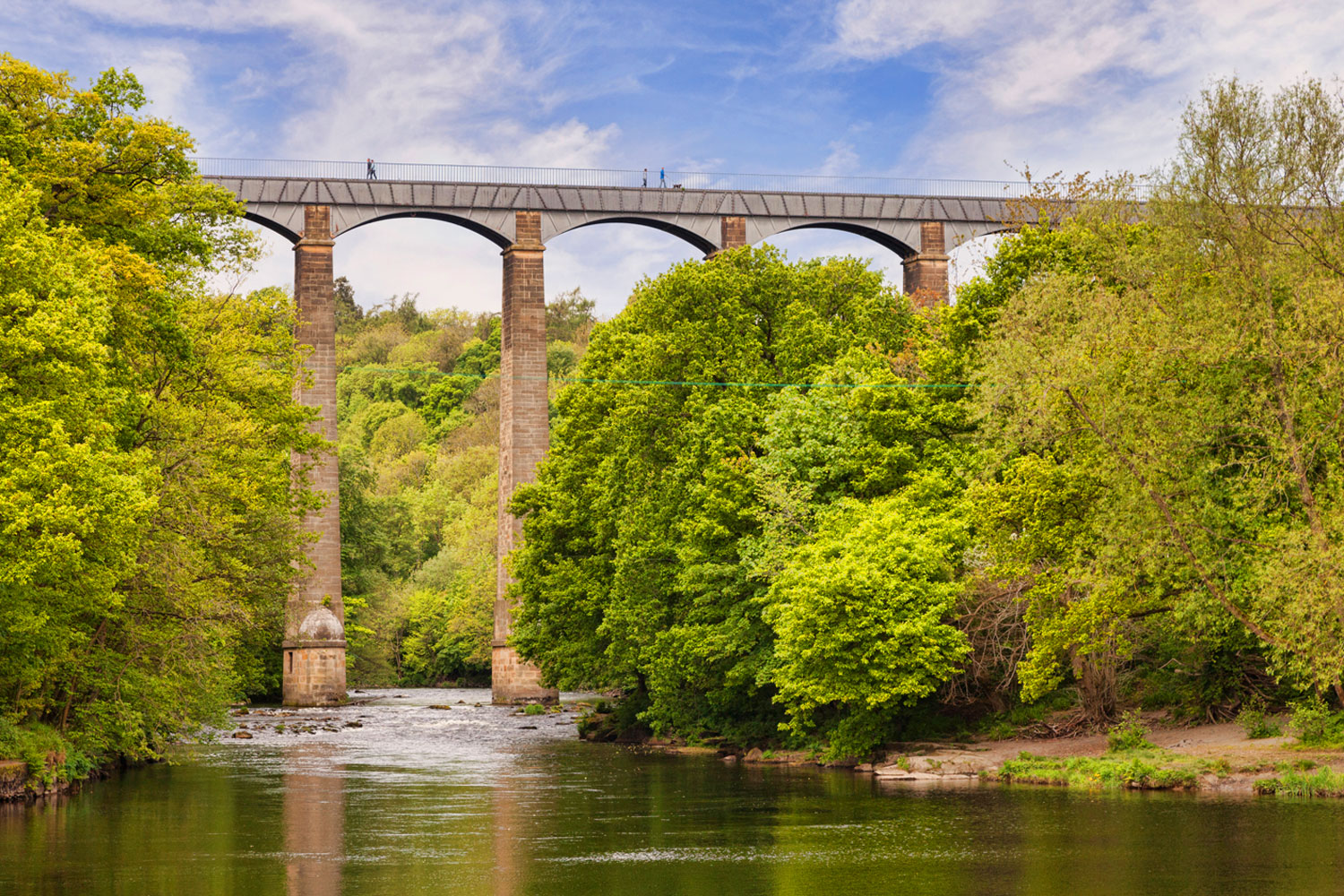 This section of the walk between Montgomery and Knighton is one of the most challenging with plenty of ups and downs but it is also a section where you will be walking on top of the original Dyke and it gives you a great experience of what it would have been like for the workers who built it.

This beautiful nature reserve which straddles the Welsh and English border is home to a profusion of wildflowers with varieties such as cowslips and orchids. Mining and quarrying on a small scale were carried out at the cliff-face here for more than 2000 years, right up until the First World War. The old quarries were designated a nature reserve in 1972 and much of it has regenerated as woodland. 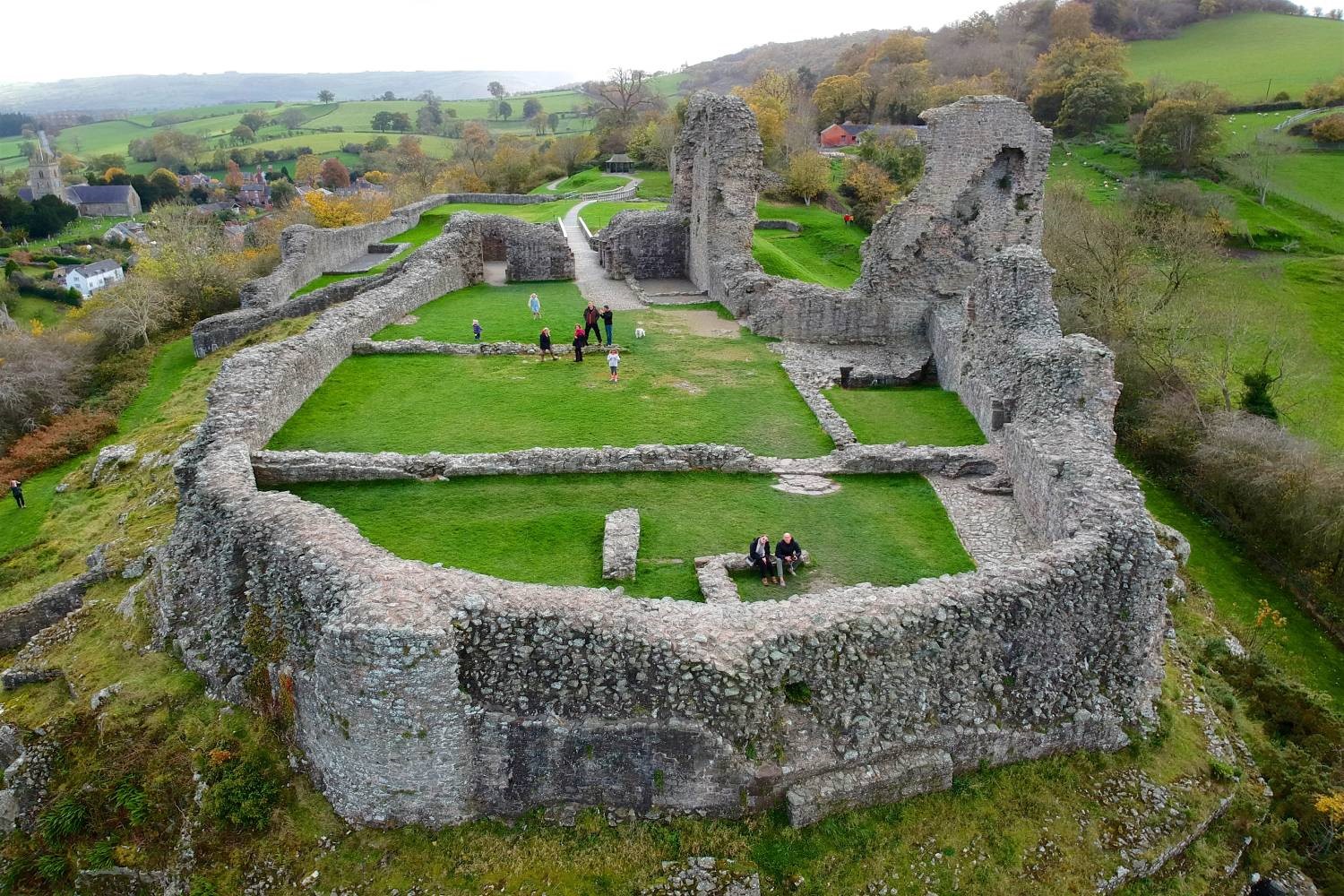 This lovely border town has a  real old fashioned feel and a mix of Georgian and Victorian architecture such as its Town Hall. It even has it's own town crier and an award-winning brewery!  It's 13th century castle towers over the town on a rocky spur.

Founded by the Normans after the Conquest, Hay-on-Wye is a delightful little town filled with quaint and charming streets. It is famous for its numerous book shops and the annual Hay Festival and there are plenty of pubs and restaurants in which to spend the evening. 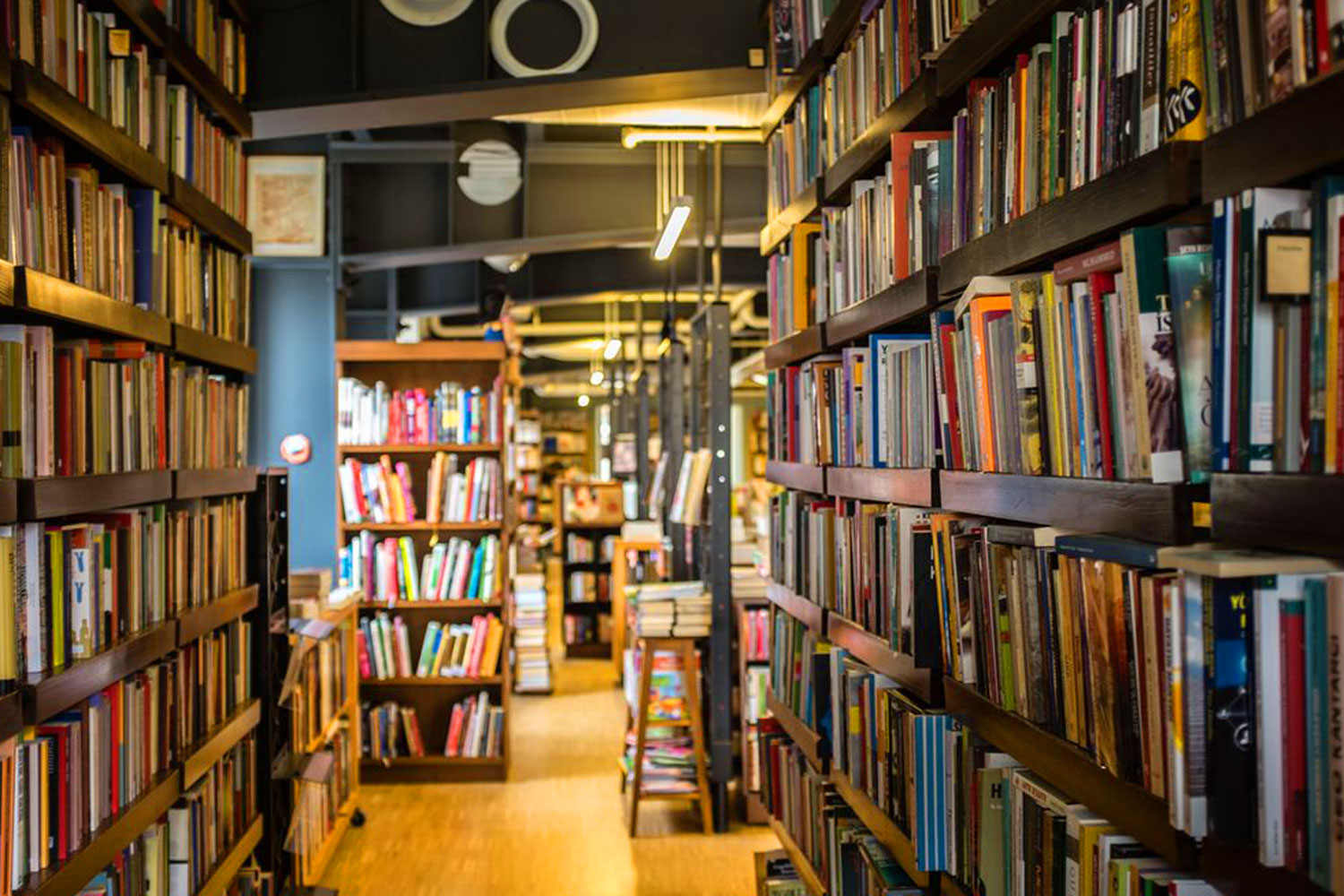 You will cross this spectacular range as you head through the Brecon Beacon National Park. You will ascend to Hatterall Ridge and then enjoy a spectacular ridge walk across the Black Mountains (think more hills, than actual mountains, but still offering amazing views!)

If you would like to find out more about our Offa's Dyke Path adventures, don't hesitate to contact one of our team today.