It is the wild nature of the environment that makes the region quite so remarkable. Historically, locals have survived by fishing from the sea, even though only one village has a natural harbour, and from the land even though the steep mountains which cascade to the Mediterranean Sea required intense labour to be tamed into stepped fields. 7,000 kilometres of dry-stone wall fortify these terraces – that’s equal to the length of the Great Wall of China! Additionally, this coastline was routinely plundered by pirate for centuries.

Despite these harsh conditions, locals still survive, thrive and live La Dolce Vita! Their seafood rivals that found anywhere in the world and fresh wine and olives pour and roll down from the mountains. The villages tucked into coastal clefts appear like an intricate Roman mosaic with each colourful house seemingly-random but complimenting all others. In fact, there is nothing random about it; locals require approval to change their house colour. 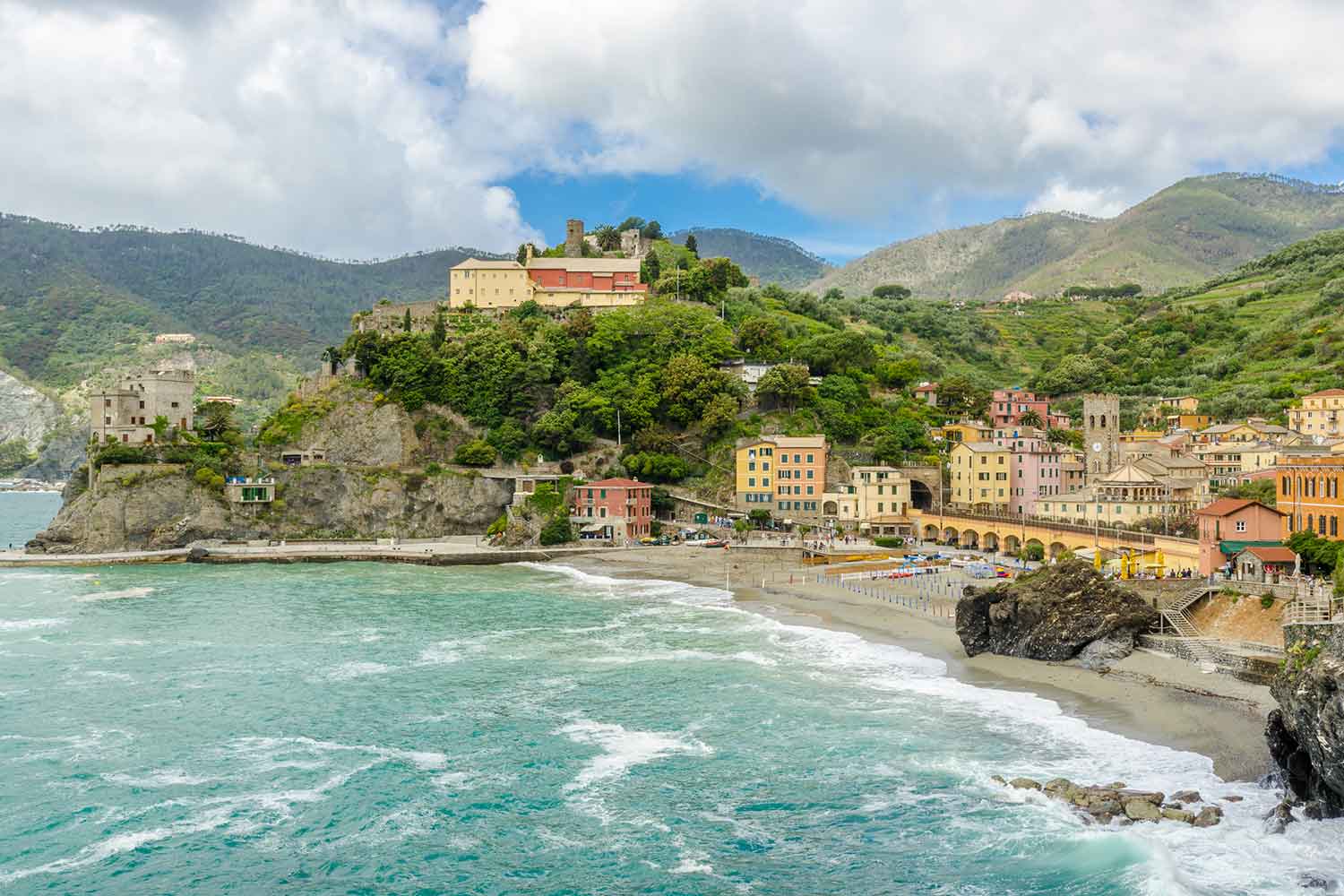 Vernazza, mentioned as early as 1080AD, is the quintessential Cinque Terre village; it is totally car-less and cradled by steep mountain slopes. It is the only village with a natural port; be sure to dodge the crashing waves to reach the end of the marina arm and earn a mesmerising viewpoint.

Manarola climbs up the steep mountain in the same style as the terraced fields. The harbour is so tiny that the fishing boats must be pulled onto land whenever rough sea threatens. It has been renowned for its wine for millennia; even Roman writings refer it!

Glamorous Portofino has attracted the rich and famous since the 1950’s. Even today, mingled amongst the quaint gelato shops and seafood restaurants you’ll also spot the eye-watering prices of Gucci and Louis Vuitton stores. As well as fishing boats gliding in and out of the harbour, you’ll also spot pristine yachts. 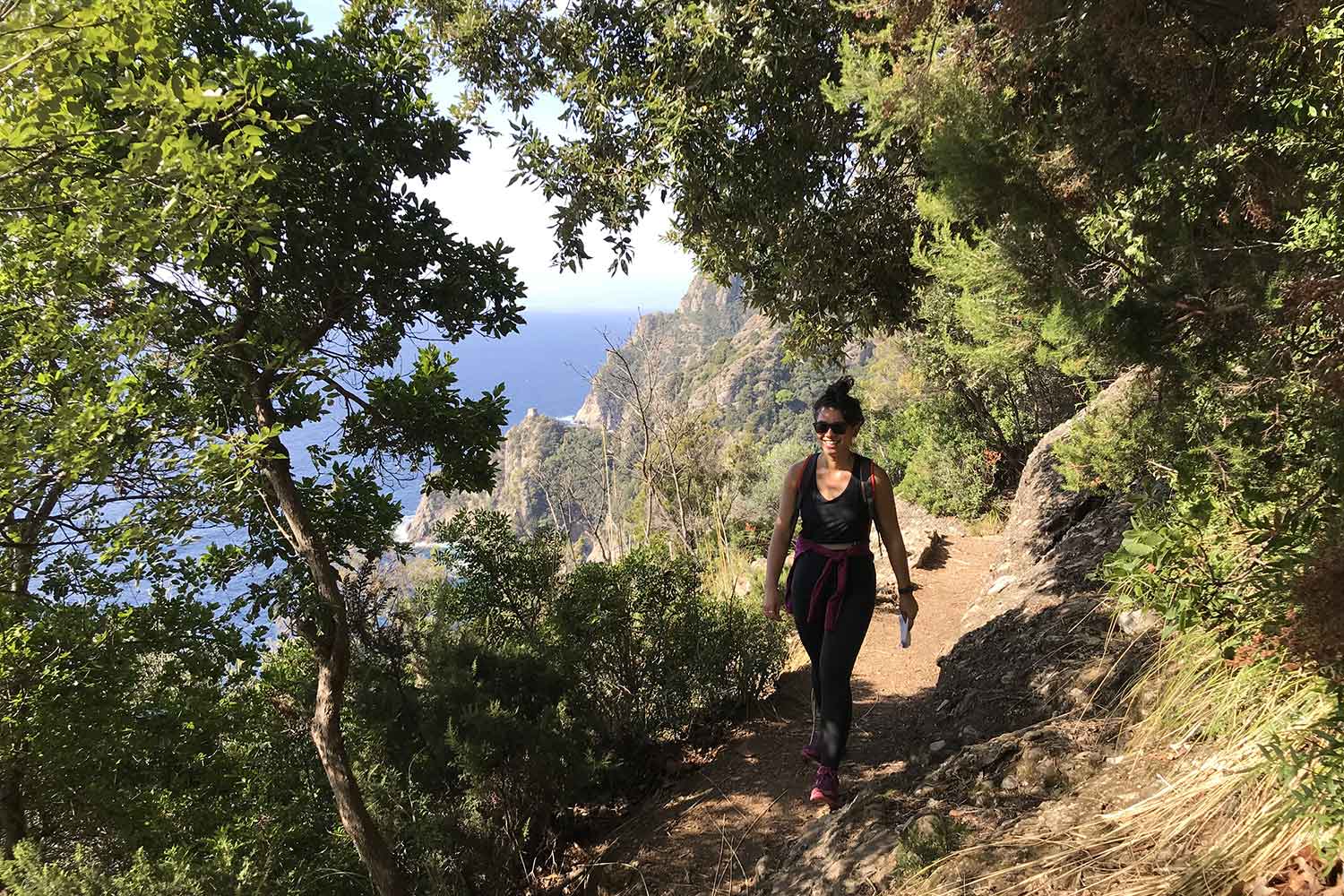 The most direct route between Cinque Terre’s five villages is only 11 kilometres and could be tackled in a single day… but that does not do the region justice.

There are 48 hiking trails totaling 120 kilometres of possible walking. The trails are often steep and swing up and down between the mountains and the coast with hundreds of metres of elevation change.

Bring sun cream, a sun hat and plenty of water (approximately 0.75 litres per 1 hour of hiking). Bring swimming clothes and a towel, if you wish to swim.

For the two most popular hiking trails (Monterosso – Vernazza and Vernazza – Corniglia) a Cinque Terre Trekking Card is required. This costs 7.50 euro per day for adults and can be bought from each train station or online here. 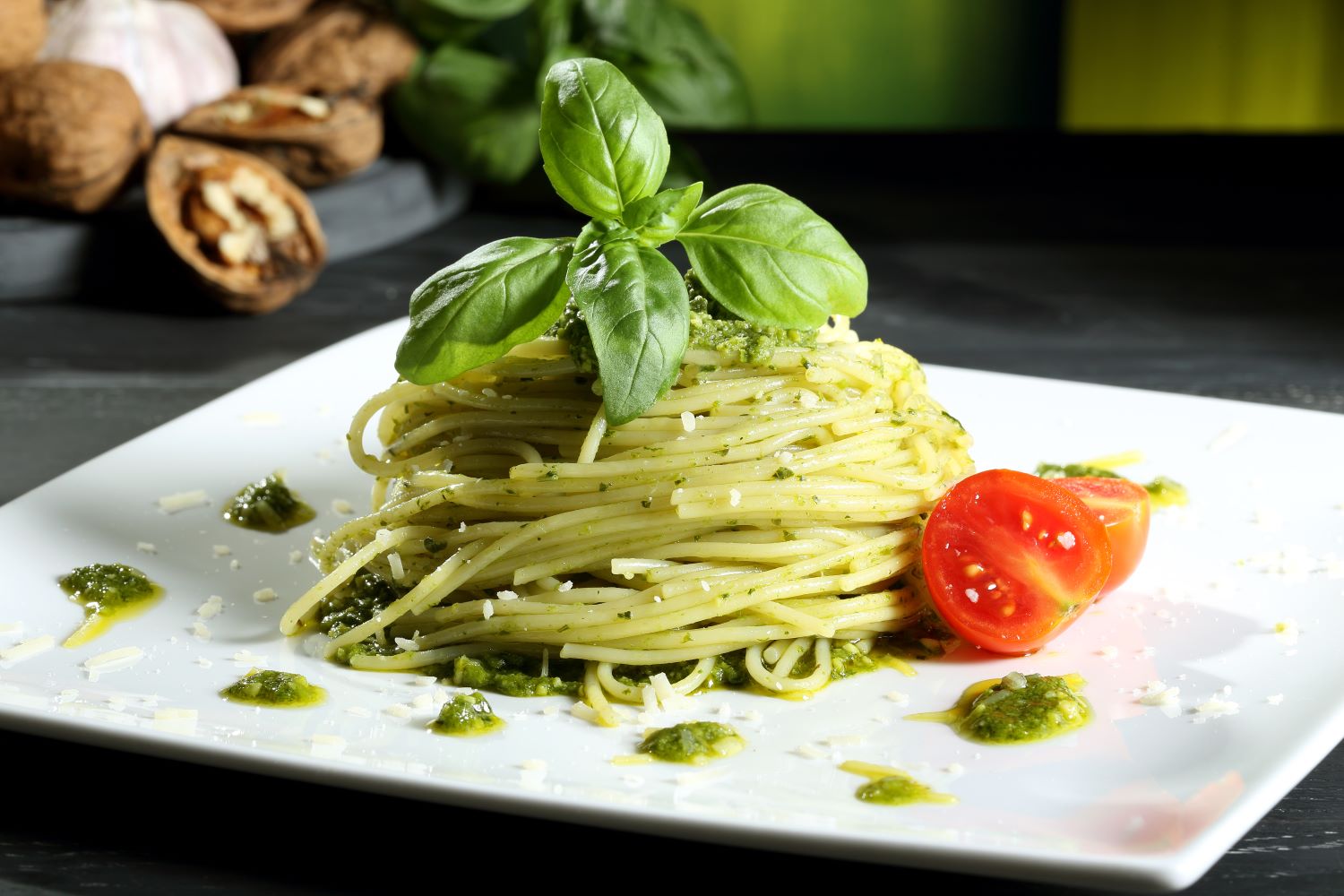 After working up a sweat climbing to the highest village, Corniglia, treat yourself to an ice cream made with local honey; Miele di Corniglia. Other regional specialities include mouth-watering pesto, seafood, limoncello, focaccia and farinata – a crispy pancake made from chickpea flour. There are a variety of DOC quality wines produced locally.