A (very!) potted history of Scotland!

The history of Scotland is long, vibrant and complex - from prehistoric hunter-gatherer tribes, to the bloody Jacobite rebellions, to a booming industrial revolution! I am certainly no historian but I have attempted here to briefly plot out the main historical periods of this fascinating and beautiful country!

Prehistoric Scotland - 12000BC to 80AD - The earliest people known to inhabit Scotland date back to 12000BC when small hunter-gatherer tribes lived in small groups living off the land. By 4000BC, farming was introduced in the Neolithic age and people began to build permanent shelters in the form of simple stone huts. Evidence of these early settlers can be seen at famous places such as Skara Brae in Orkney, and the Calanais Standing Stones in the Isle of Lewis. By 700BC, the Iron Age brought about more trade and defensive forts were built. 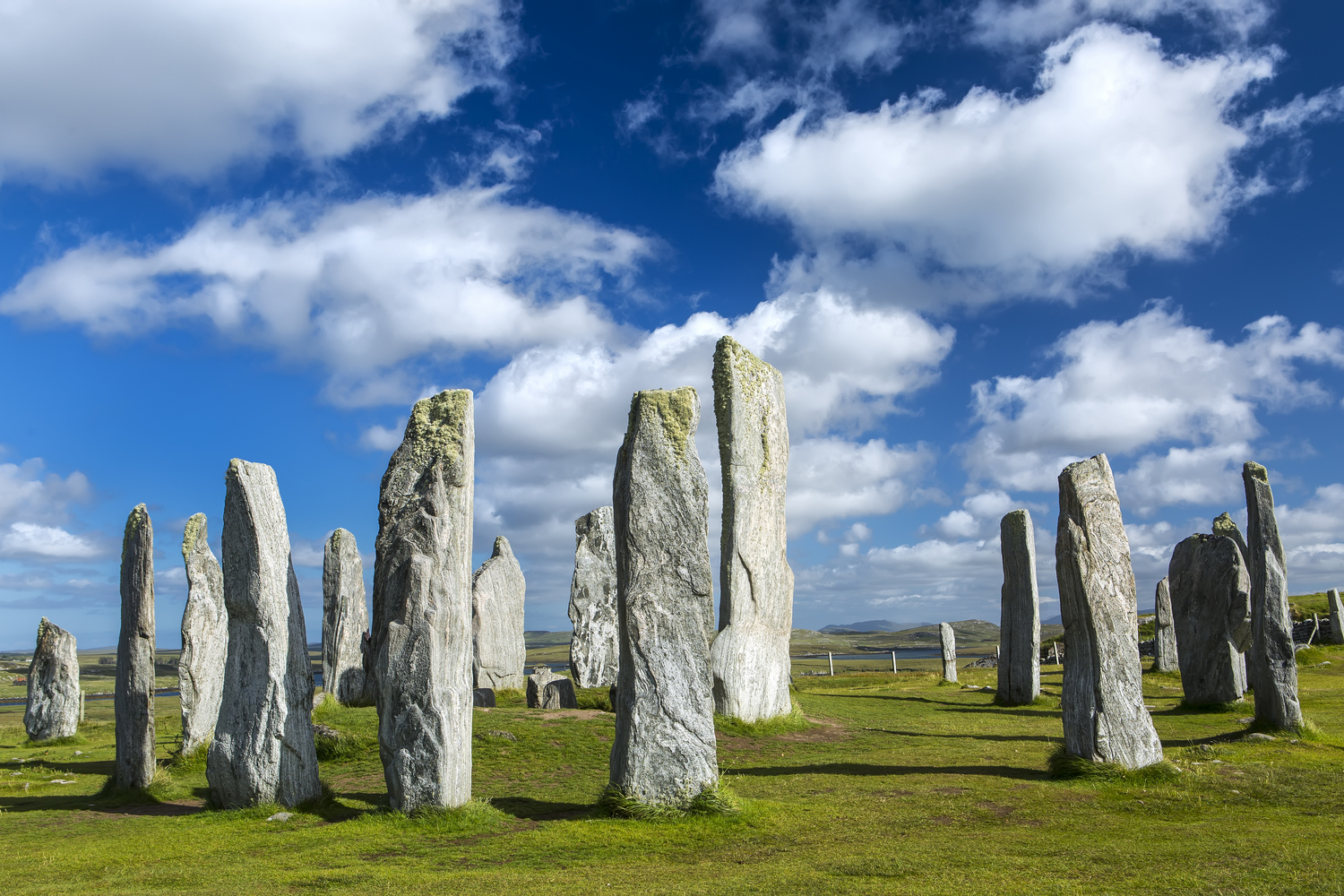 The Roman Invasion - 80AD to 140AD - the written history of Scotland only begins with the invasion of the Romans, led by Emperor Claudius in 43AD. The foreboding Pict tribes were not easily defeated and in 122AD Hadrian began to build his famous wall, to keep them out of Roman territory. By the early 5th Century, the Romans had retreated and left Britain altogether.

Vikings arrived in Scotland  - 800AD - The vikings began to settle in Shetland and Orkney Isles. At this point, Scotland was then a mix of different groups including the Picts, the Angles, Gaels and the Norse.

The Medieval Period - 1040AD to 1297AD - There was a rapid succession of Kings and Queens during this period in Scotland as the kingdom expanded. Duncan became King of Scotland in 1034, to be replaced by Macbeth in 1040. Then there was the reigns of William I, Alexander II and III.

Fight for Independence - 1292AD to 1328AD - By 1292, King Edward of England had tried to overrule Scotland and in 1297 one of Scotland's most famous battles, the Battle of Stirling Bridge, took place in 1297 when William Wallace led the army which forced King Edward's Army back. The resistance to the English continued, past when the mighty William Wallace was executed in 1305. Robert the Bruce was crowned King of Scotland in 1306 and at yet another famous Scottish battle, the Battle of Bannockburn, the English were defeated, leading to Scottish independence being recognised in 1320.

The Middle Ages - Late 13th Century to 1603AD - Intermittent skirmishes took place between the English and Scottish during this time. This is when Mary Queen of Scots ruled, and later Protestant teachings spread through Scotland .

The Jacobite Era - 1603AD to 1746AD - James VII of Scotland succeeded to the English Throne and should have been the beginning of an era of peace with the two thrones uniting, but in fact led to a series of famous and very bloody rebellions called the Jacobite Rebellions. The deadly Massacre of Glencoe took place in 1692 when members of the Highland clan the McDonalds (who supported King James) were gruesomely murdered by the Campbells. In 1745, Bonnie Prince Charlie famously raised his flag to try and rally the Scottish troops at Glenfinnan but the tragic ending of all this was the bloody Battle of Culloden in 1746. 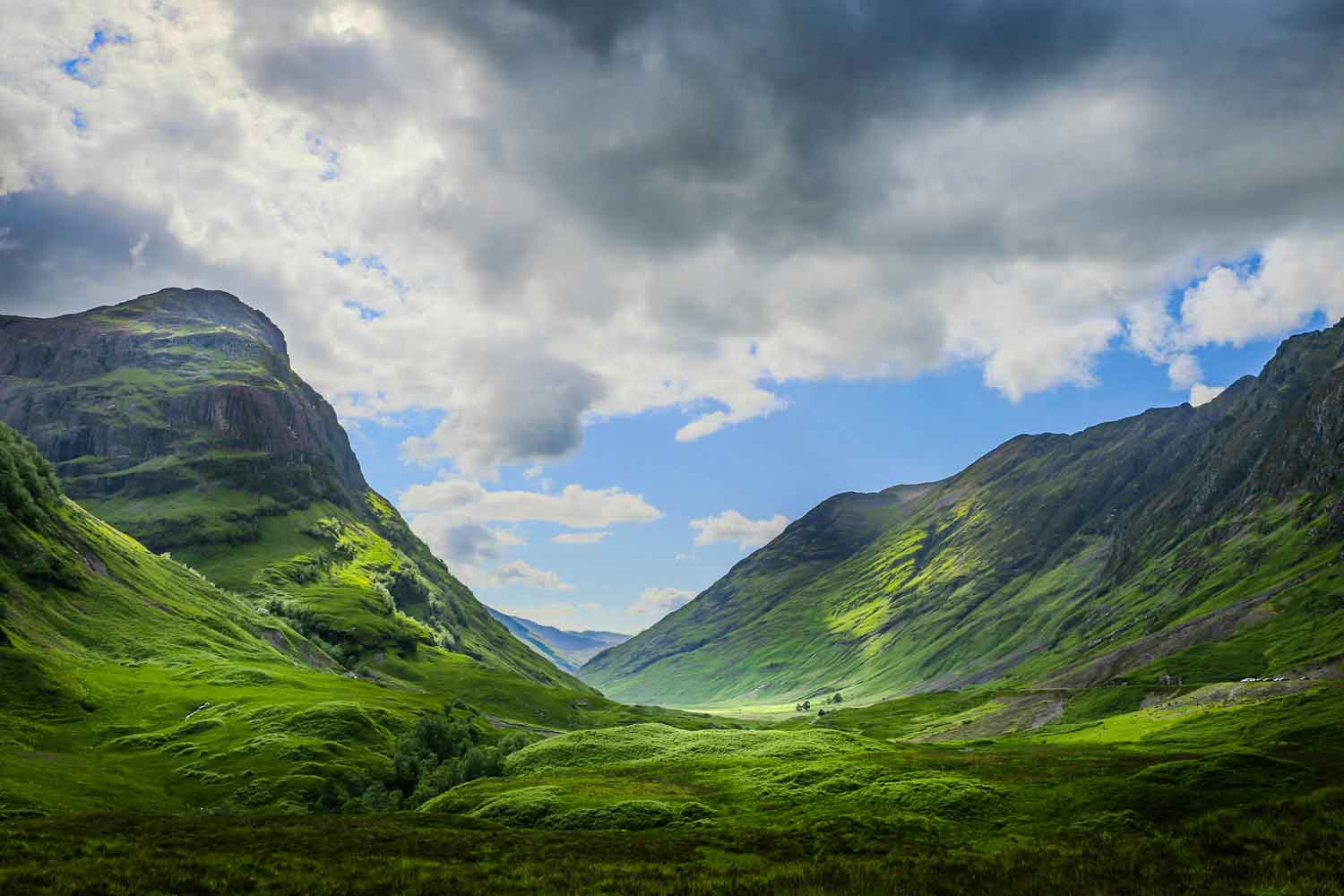 Atmospheric Glencoe - sight of the Massacre of Glencoe in 1692

The Enlightenment and Industrial Revolution - 18th and 19th Centuries - Inventors and writers such as Robert Burns, Sir Walter Scott and Adam Smith came to the fore. The Highland Clearances forced many people to move to urban centres and the linen, cotton, tobacco and sugar trades began to transform Scotland, with it also becoming a famous centre for shipbuilding.

Modern Scotland -  A renewed growth in nationalism in the 20th century led to a Scottish Parliament being re-opened in 1999.

If you want to immerse yourself more in the historical landscapes of Scotland and visit places such as Glencoe, Culloden and the site of the Battle of Stirling Bridge, why not take a look at our self-drive discovery tour, Historic Scotland.

Share this:
Tags
History Discovery Tours Scotland
Call us on +44 141 530 5452
Get in touch by Email
Contact a specialist Live Chat