Discover the best of Bavaria on foot. Immerse yourself in European history, explore a world of castles, monasteries, medieval towns, as well as beautiful countryside. For the more adventurous, cross the Bavarian or Tyrolean Alps into Austria. Our walking holidays in Bavaria allow you to explore the region's themed trails, nature, and cultural highlights. Fabulous walking is combined with hand picked accommodation, baggage transfer and 24-hour support which is included ensuring you enjoy every minute of your stay in Bavaria.

Macs Adventure has been offering self-guided trips in the region with the assistance of our German sister company since 2012. Our knowledgeable team is waiting to answer any questions you may have, and some have their own experiences of walking in Bavaria. Our itineraries can be tailor-made and are hassle-free, all you have to do choose which tour is for you.

Walk the idyllic Complete Lech River Trail as it meanders through the tranquil and colourful Tyroler-Lech Nature Park, abundant with wildflowers and green pastures. Enjoy The King Ludwig Way, a fantastic walk through Upper Bavaria to Neuschwanstein Castle or take on the challenge of crossing the Bavarian or Tyrolean Alps on our Across the Alps: Bavaria to South Tyrol , the E5 Alpine Crossing or our rewarding Tyrolean Alps: Garmisch to Sterzing trip. 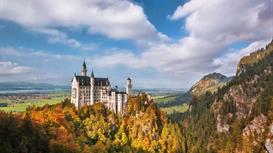 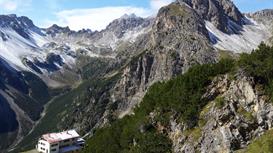 12 Reviews
The E5 Alpine Crossing
Complete the classic Alpine crossing through the Bavarian, Austrian and Tyroler Alps.
From $1,440.00
All Tours 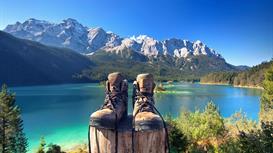 4 Reviews
Walking in the Bavarian Alps
Hike from Bavaria to the Austrian town of Ehrwald, taking in the mighty Zugspitze along the way
From $875.00
All Tours 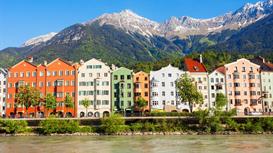 0 Reviews
Tyrolean Alps: Garmisch to Innsbruck
Explore the Bavarian and Tyrolean mountains on foot, spending one night in an Alpine hut
From $1,230.00
More Info

0 Reviews
Across the Alps: Bavaria to South Tyrol
Walk from Füssen to Meran on our unique Alpine crossing, perfect for first-time Alpine walkers
From $1,570.00
More Info 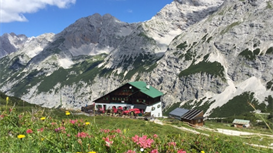 0 Reviews
Tyrolean Alps: Garmisch to Sterzing
Experience the high trails across the Tyrolean Alps as you transverse from Bavaria to Tyrol.
From $1,300.00
More Info 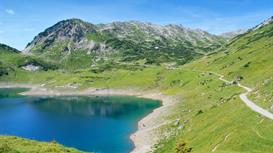 5 Reviews
The Complete Lech River Trail
Hike the Lechweg, one of Europe's best long-distance footpaths, through Austria to Bavaria.
From $1,285.00
All Tours 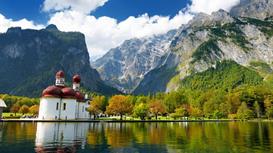 1 Reviews
Bavarian Alps: Hiking the Salt Trail
Follow the Salzaplensteig, a historic salt trail, as it winds its way through the Bavarian Alps.
From $1,155.00
More Info
View More