18 things to know about Robert Burns

Today, 25th January 2020, the birthday of Scotland’s most famous poet Robert Burns is celebrated with Burns Night. The traditional supper includes a meal of haggis, neeps and tatties, whisky and reciting poetry written by the 18th century poet. Here we reveal 18 interesting facts about Robert Burns.

2) He died aged just 37 on July 21,1796, but in his short life he composed a vast catalogue of poetry and songs that have been poured over, enjoyed and spoken aloud for more than 200 years. 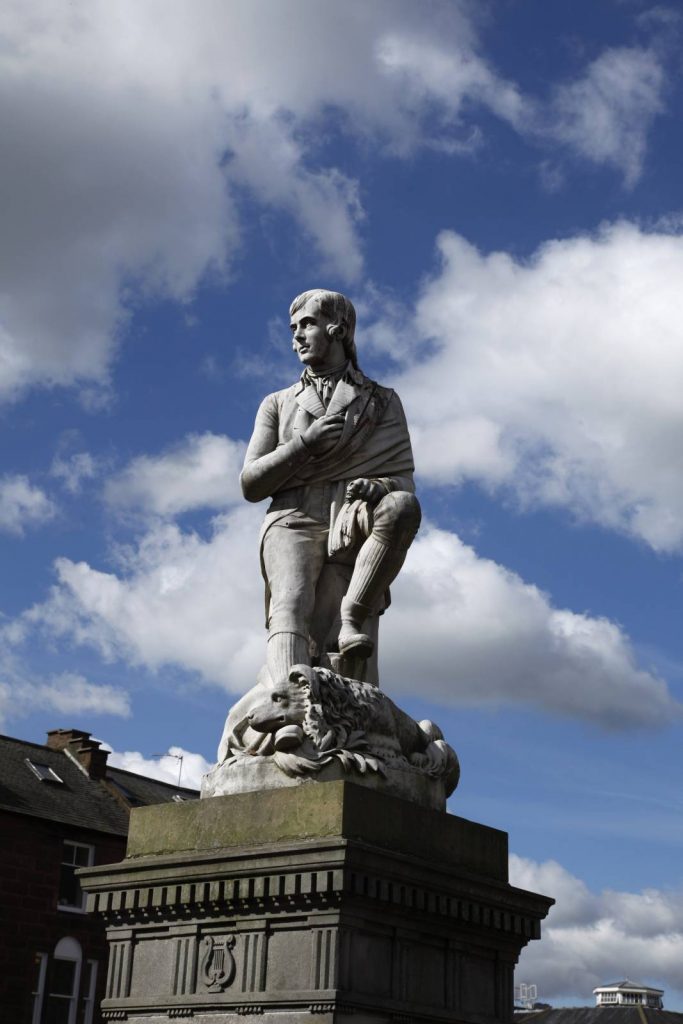 7 In his personal life, Burns dedicated hundreds of lines of verse to women and fathered 12 children, nine to his wife Jean Armour.

8) Burns was going to move from Scotland to Jamaica. He decided against this when sales of his poetry collection Poems, Chiefly in the Scottish Dialect (also known as the Kilmarnock Volume) took off. He moved to Edinburgh instead, where a second edition of his poetry book was published. 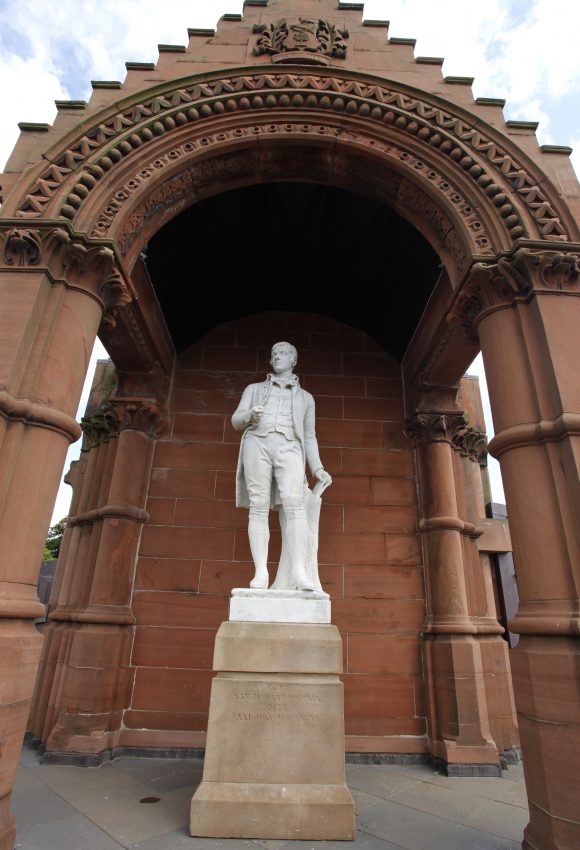 9) For all his fame, Burns never forgot his humble roots. His love for farming stayed with him throughout his life and his writing often dealt with issues affecting the poorer classes, notably highlighting the need for greater social equality

10) Burns was also a lyricist and he contributed more than 100 songs to a book called The Melodies of Scotland. Most famously, he wrote Auld Lang Syne (he added new lyrics to a traditional Scottish tune) and A Red, Red Rose.

11) Burns was alive during the French Revolution and he was in favour of reform. 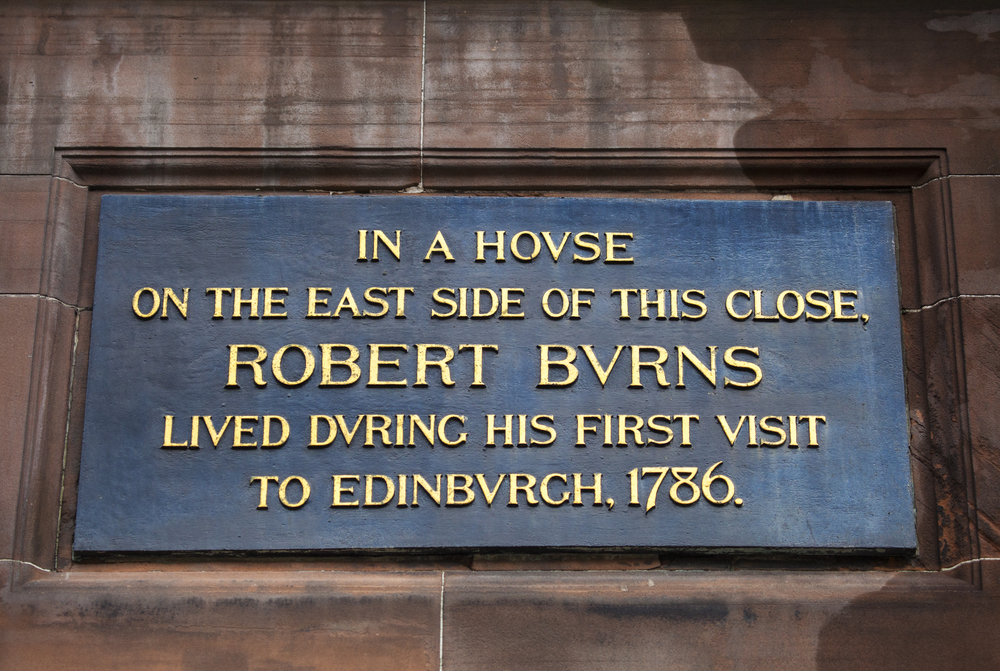 A Burns plaque in Edinburgh.

12) The body of Robert Burns rests in the Burns Mausoleum in St Michael’s Churchyard, Dumfries.

13) The first Burns supper was held in July 1801 when nine of Burns’ close friends got together to mark the fifth anniversary of their friend’s death. It took place at Burns Cottage in Alloway and included a meal of haggis and performances of Burns’ work.

14) That first Burns Supper also included a speech in honour of the great Bard, which is now known as the Immortal Memory.

15) These days, Burns’ Suppers are held on the day that would have been Rabbie Burns’ birthday, January 25.

16) There are more statues, monuments and memorials dedicated to Robert Burns than any other non-religious figure, after Queen Victoria and Christopher Columbus. 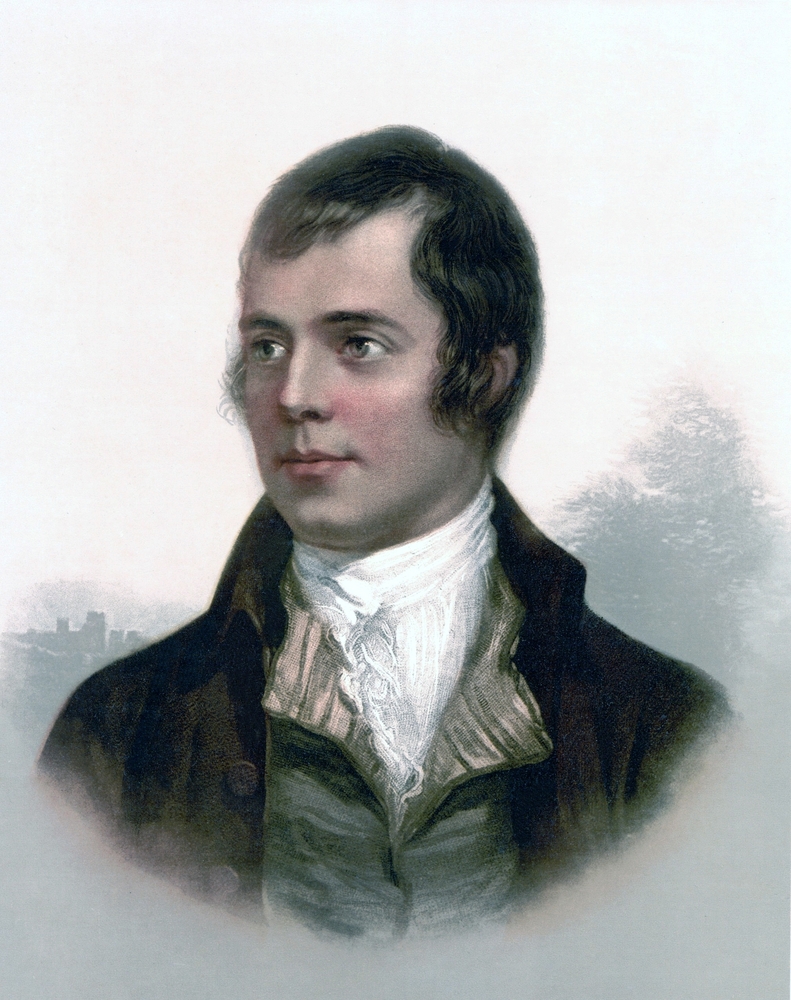 A picture of Robert Burns.

17) In Scotland, there are some 20 official Burns memorials dotted around the country, from Aberdeen to the final resting place of Burns in Dumfries, which commemorate his journey from Ayrshire to “Auld Lang Syne”.

18) Robert Burns was voted "The Greatest Scot" by viewers of Scottish TV (STV) in 2009. He beat other great Scottish figures, including William Wallace, Sir Alexander Fleming and Robert the Bruce.

A walking or cycling holiday in Scotland is full of dramatic, untouched landscapes that are likely to have a lasting effect on a first time visitor, contact a member of our team on hello@macsadventure.com to begin planning a Scottish adventure.

This is an updated version of the post that first appeared in 2017.

Share this:
Tags
Scotland Walking Historical Journeys
Call us on +44 141 530 5452
Get in touch by Email
Contact a specialist Live Chat