67
27 fascinating facts about the Maltese islands
Do you have any questions?
Call us on +1 720-487-9898
Contact a specialistLive Chat
Written by

27 fascinating facts about the Maltese islands

Malta has long been a popular destination for holidaymakers. The island chain is also a fantastic place to enjoy a walking holiday. We reveal 27 fun facts, interesting details and reasons to take a trip to Malta.

1. Malta is officially known as the Republic of Malta.

2. Malta is not an island, it’s an archipelago. 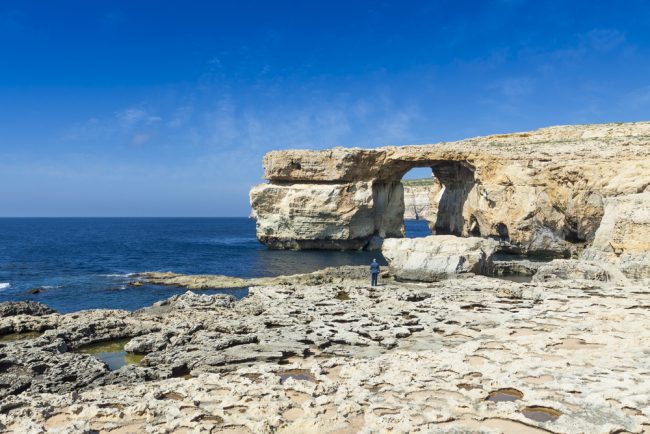 A coastal arch on the isle of Gozo.

3. The island chain is located almost at the centre of the Mediterranean Sea.

4. The closest mainland to Malta is Italy, some 50 miles north.

5. There are only three inhabited islands, Malta, Gozo and Comino.

6. Malta is the largest island and the cultural, commercial and administrative centre.

7. Gozo is the second largest island and is far more rural. 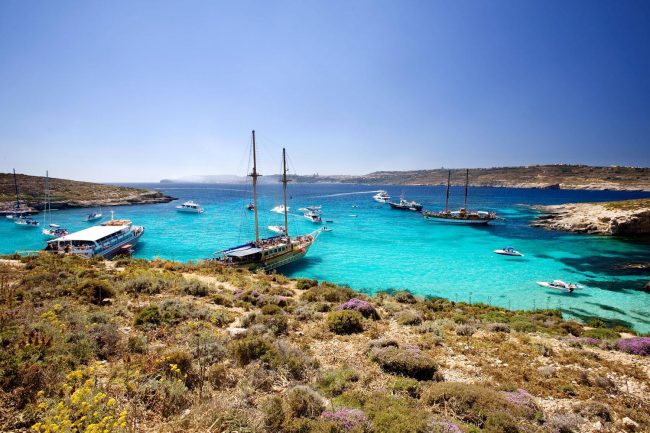 8. Comino has only one hotel and is largely uninhabited. It’s a haven for wildlife, has a famous Blue Lagoon and is free of cars.

9. The capital of Malta is Valletta, is the smallest national capital in the European Union.

10. Only around one-fifth of the Maltese Islands is urbanised. This makes it easy to escape to rural areas and enjoy walking amid tranquil countryside.

11. Dingli, on the west coast of Malta, lies on a plateau 250 metres above sea level, which is the highest point of Malta. 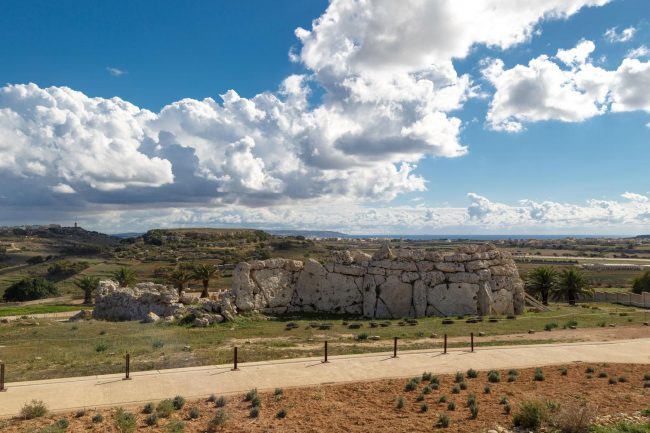 The prehistoric temples of Ggantija.

13. Malta boasts three UNESCO World Heritage Sites: Ħal Saflieni Hypogeum, Valletta and the site of seven Megalithic Temples, which are some of the oldest free-standing structures in the world.

15. The islands of the archipelago lie on the Malta plateau, which is a shallow shelf formed from the high points of a land bridge between Sicily and North Africa. 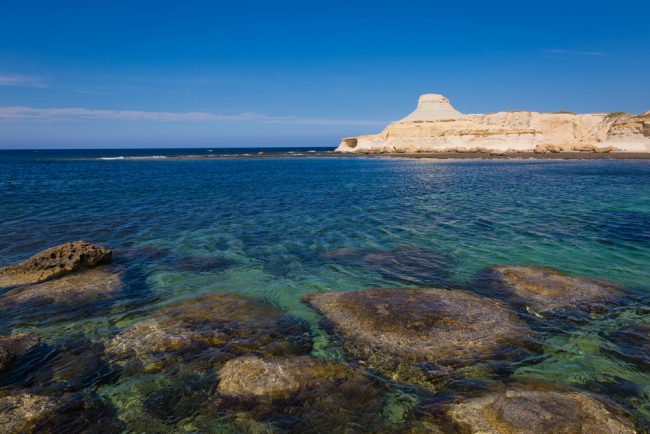 The coast of Gozo Island.

16. The landscape is mostly low hills with terraced fields and a fabulous coast.

17. The climate has been described as one of the best in the world with hot, dry summers and warm spring, autumn and winter.

18. The average yearly temperature is around 23C. Even during the coldest month, January, the typical temperature range is 12C to 20C.

19. The number of sunshine hours in Malta totals 3,000 per year, which gives it the best results for Europe.

20. The first rain after the summer turns the islands a lush green and by if you travel in spring you’ll be wowed by the variety of flowers.

21. Traffic in Malta drives on the left.

23. The first settlers on Malta built Ġgantija, which is one of the world’s oldest manmade freestanding structures. 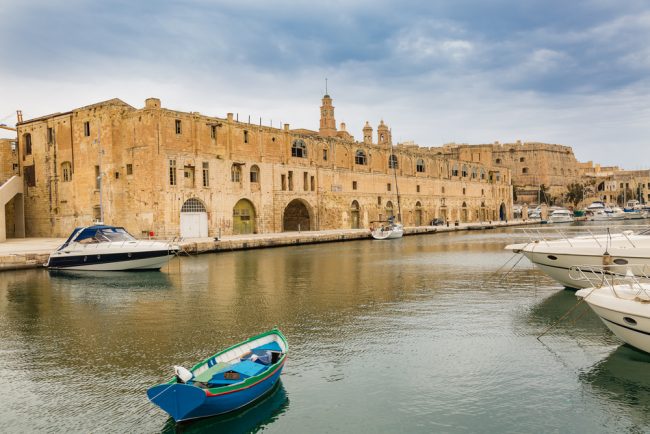 24. To see fabulous remnants of the Roman period, including decorative mosaic floors and marble colonnades, visit the country villa of Roman Domus.

25. Malta is the unofficial crafts capital of Europe. A hamlet built from disused World War II aircraft hangars, the Ta’ Qali Crafts Village, in Attard is where it all happens. 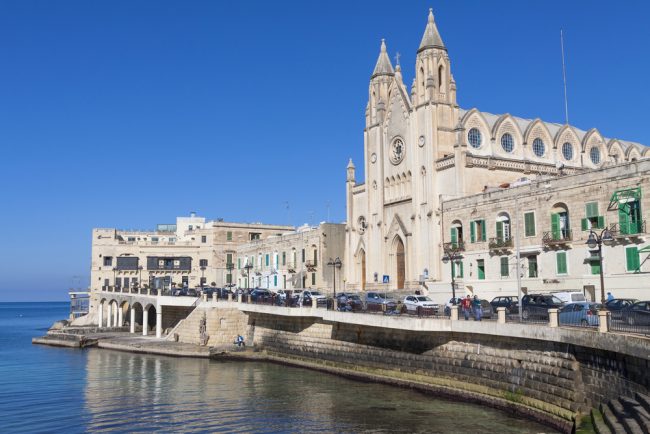 26. When in Malta you should try Pastizzi, a filo pastry baked with ricotta cheese or mushy peas, and Kinnie, a soft drink that is made with chinotto bitter-oranges, spices and herbs.

27. Malta is so beautiful it has been used as a filming location shoot for many blockbusters, such as Gladiator and Troy and also TV’s Game of Thrones.

You can discover all this and more on a walking holiday to the Maltese islands.