An Insider's guide to Mallorca

Oranges - Whether it's first thing in the morning or after a day of cycling or walking in the sun, the most refreshing drink in Mallorca is the freshly squashed orange juice. The town of Soller lies in the heart of the 'Valley of Oranges', which has a microclimate ideally suited to growing oranges. The proof is in the taste! Or why not embrace your inner Paddington Bear and enjoy some marmalade on toast for breakfast? 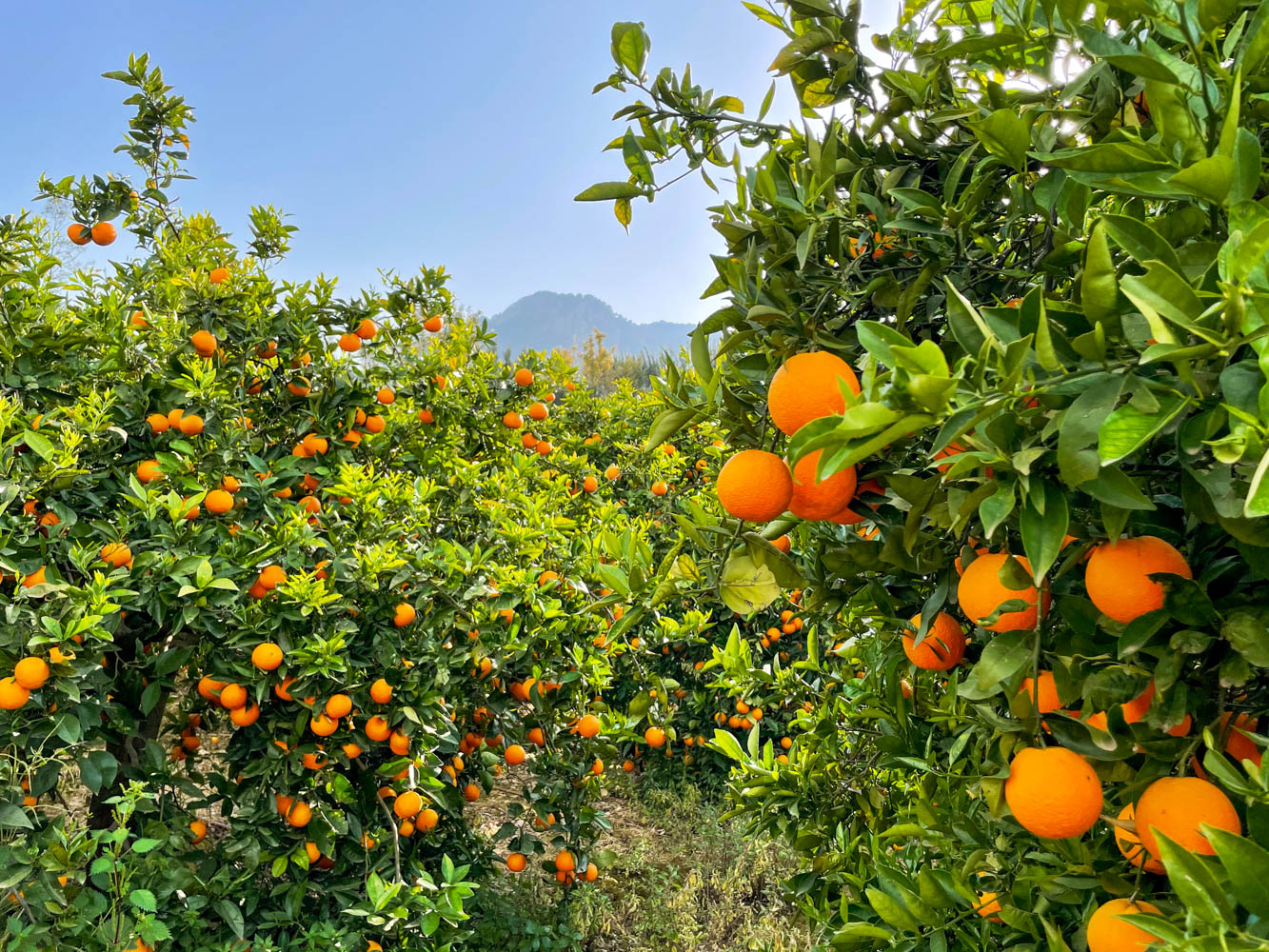 Almonds - If you try one nut in Mallorca, make sure it's the almond! Almost 50% of the land dedicated to fruit trees is used to cultivate these delicious nuts. Almonds have many health benefits and contain lots of healthy fats, making them the perfect snack to take with you on your walk or bike ride! Or why not cool yourself down with the deliciously refreshing almond slush (sweet almonds, water/milk, sugar, and cinnamon) or a tub of almond ice cream? And I haven't even mentioned the famous almond cakes and biscuits... you won't be disappointed!

Mountains/Views - Mallorca has actually got an extensive mountain range that is walked and cycled every year by thousands of visitors. So if you are looking for an excuse to take a break and admire the view, why not take a notepad and pencil with you? The conservationist, Archduke Ludwig Salvator of Austria, used to draw sketches of the vast flora and fauna found on the island. It is a brilliant way of capturing the moment. (and catching your breath!) While visiting Mallorca to write a book on beetles, he was so captivated by the island he decided to stay. He built mountain pathways and observation points so we could all have the opportunity to enjoy the landscape. So why not follow in his footsteps and take in the beautiful views all around you. (Not much of an artist? Just take a picture instead!)

Caves - Hidden within the town of Porto Cristo, Cuevas del Drach (Dragon's cave) boasts one of the largest underground lakes n the world. Gaze up at the icicle-shaped formations (stalactites) hanging from the ceiling and feel you are getting a glimpse of a moment frozen in time. First, immerse yourself in the music when a classical concert is performed on Lake Martel. Then, with the lights dimmed, you will see a quartet glide towards you on a rowing boat shimmering with light. A truly fascinating experience. At the end of the tour, you will also have the opportunity to get in one of the boats and be cruise towards the exit. 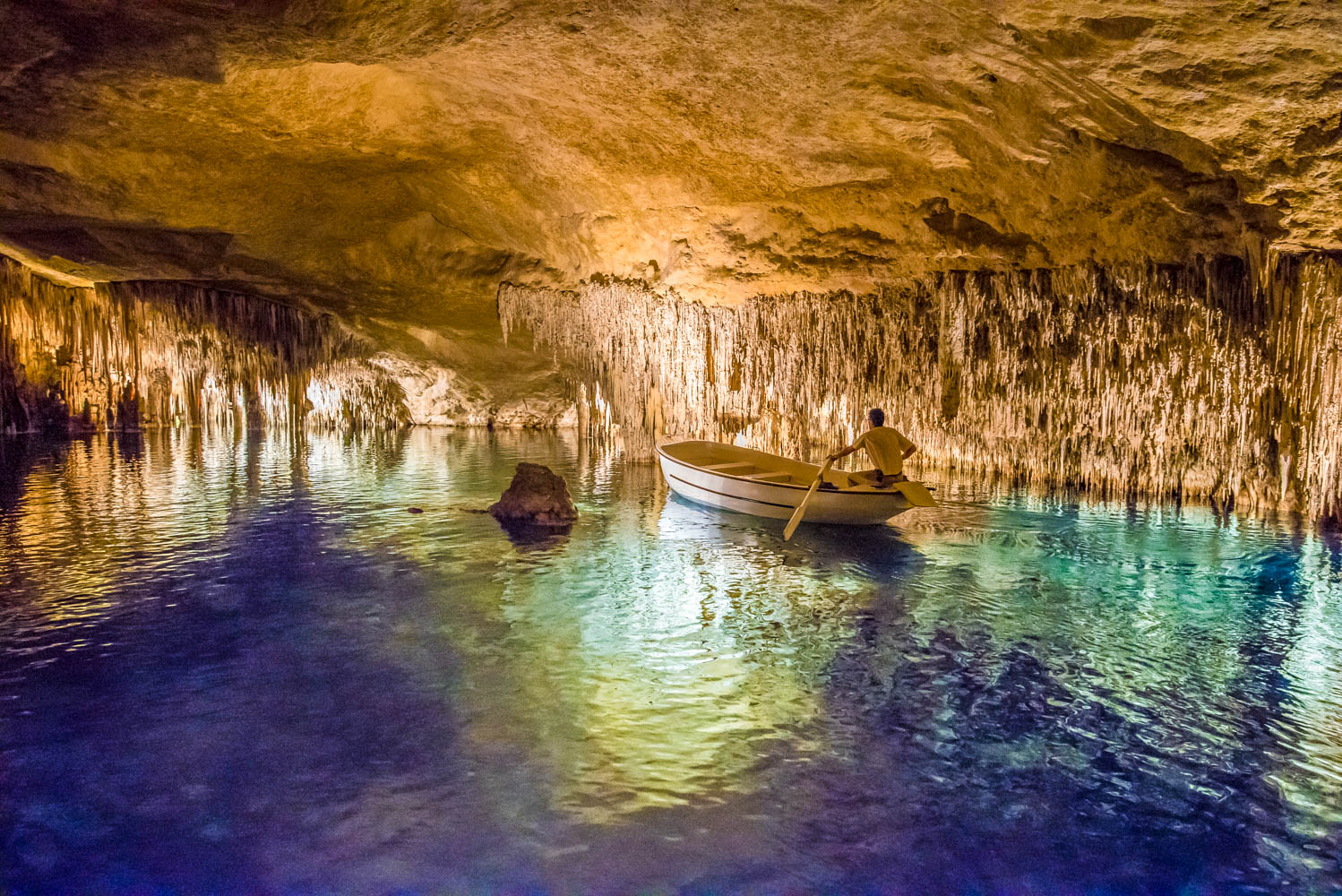 Arros Brut (Dirty Rice) - This dish is made with a selection of seasonal meats and vegetables and is similar to paella. The main difference is that the rice is cooked in a meat broth to be more soup-like. The combination of spices usually includes saffron, paprika, cinnamon, pepper, cloves, and nutmeg.

Tumbet (Or Tombet) - A local favorite made with potatoes, tomatoes, bell peppers, aubergine (eggplant), garlic, and olive oil. The vegetables are fried and then added to the garlicky tomato sauce, made separately. It can be served as a tapas, main or side dish, and a great vegetarian/vegan option. It is thought of as the Mallorcan version of ratatouille. 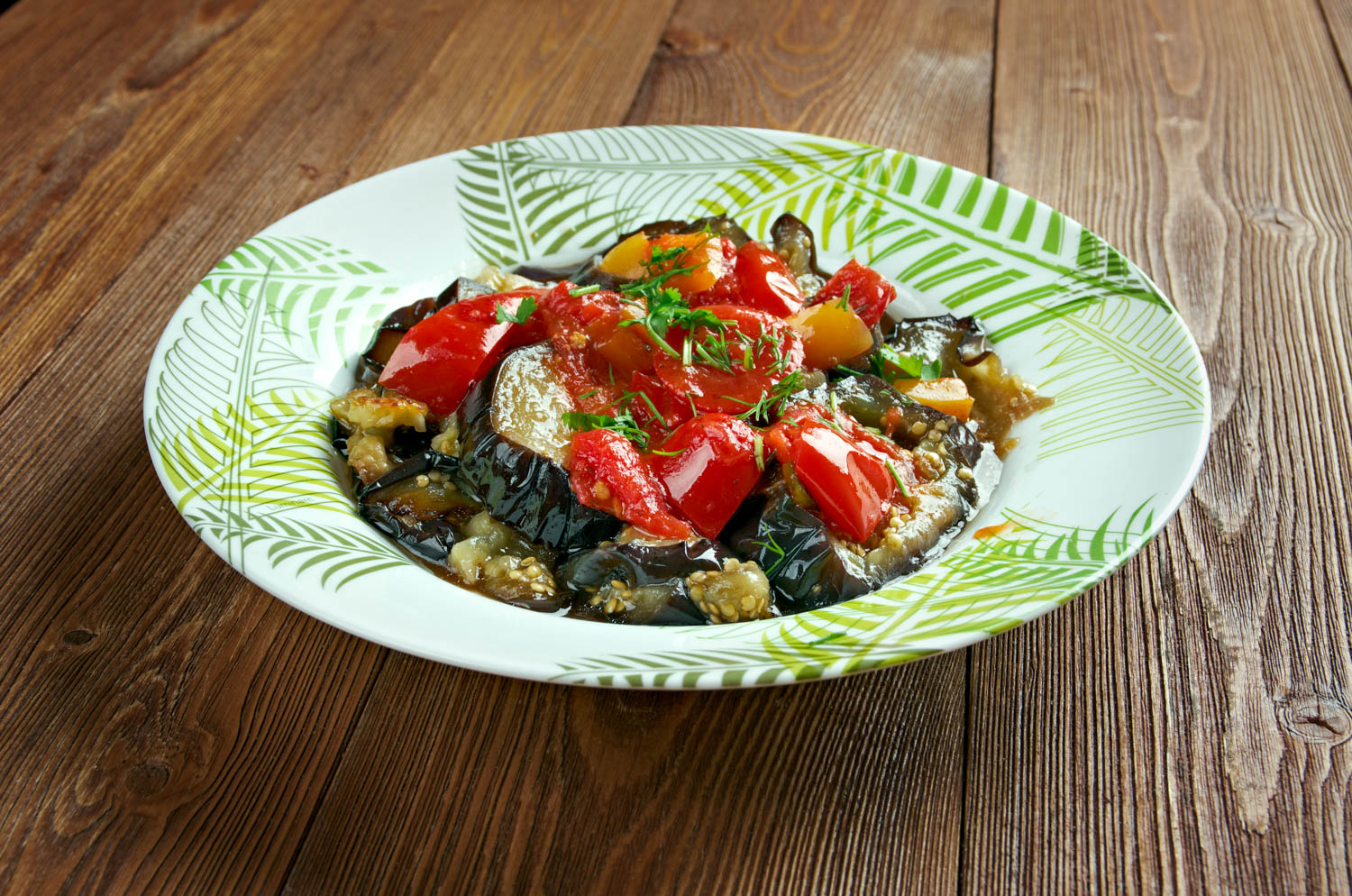 Coca de Trempo - It may look similar to a pizza, but it is distinctly different! The coca (dough) is a particular type of flatbread, which can be crispy and biscuit-like. The Trempo (Mallorca's traditional salad) consists of onions, bell peppers, and tomatoes. However, there are various toppings, including different vegetables, meats, or even seafood.

Pa'amb Oli - This versatile dish is often eaten at breakfast, as a starter or a snack, and translates to 'bread with olive oil.' But don't let its simplicity fool you! Made using the freshest ingredients, it is similar to the Catalan pa amb tomaquet. However, a different type of bread is used. The bread is rubbed with garlic and topped with local 'ramallet' tomatoes, olive oil made with the olives grown on the island, and a pinch of sea salt. Many variations exist now, and you will sometimes find additional toppings such as cheese or the local sausages sobrassada. 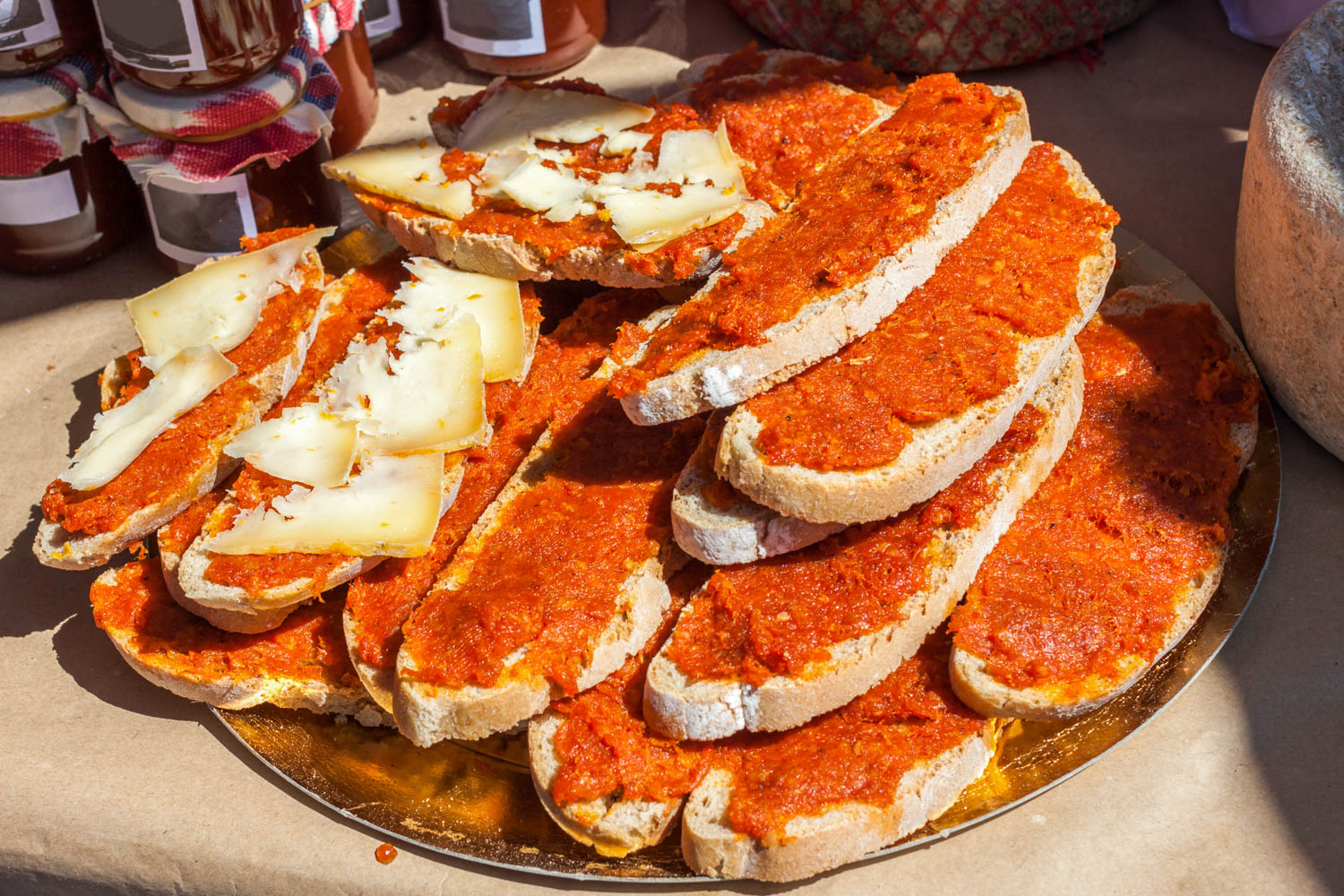 1. Hierbas de Mallorca is a herbal aniseed liqueur. It is usually served in a shot glass as a digestif after a meal as it is believed to help with digestion. Some locals swear it also helps ward off colds, sore throats, and other illnesses. Historically Monks are said to have played an essential role in the distilling process for medical purposes. It consists of ingredients such as fennel, lemon verbena, rosemary, chamomile, marjoram, and oranges, and it is thought that the benefits come from these plants. But... you can also drink it simply for the minty, aniseed taste!

2. Palo Made with an infusion of quina bark and gentian roots, it has an alcohol content between 25% and 36%. Initially starting to help fight fever and malaria, it was bitter and hard to drink, so sugar has been added to make it more enjoyable over the years. The most common way to drink it is straight over ice; however, many other cocktail combinations exist, such as mixing it with orange juice or bitter lemon. 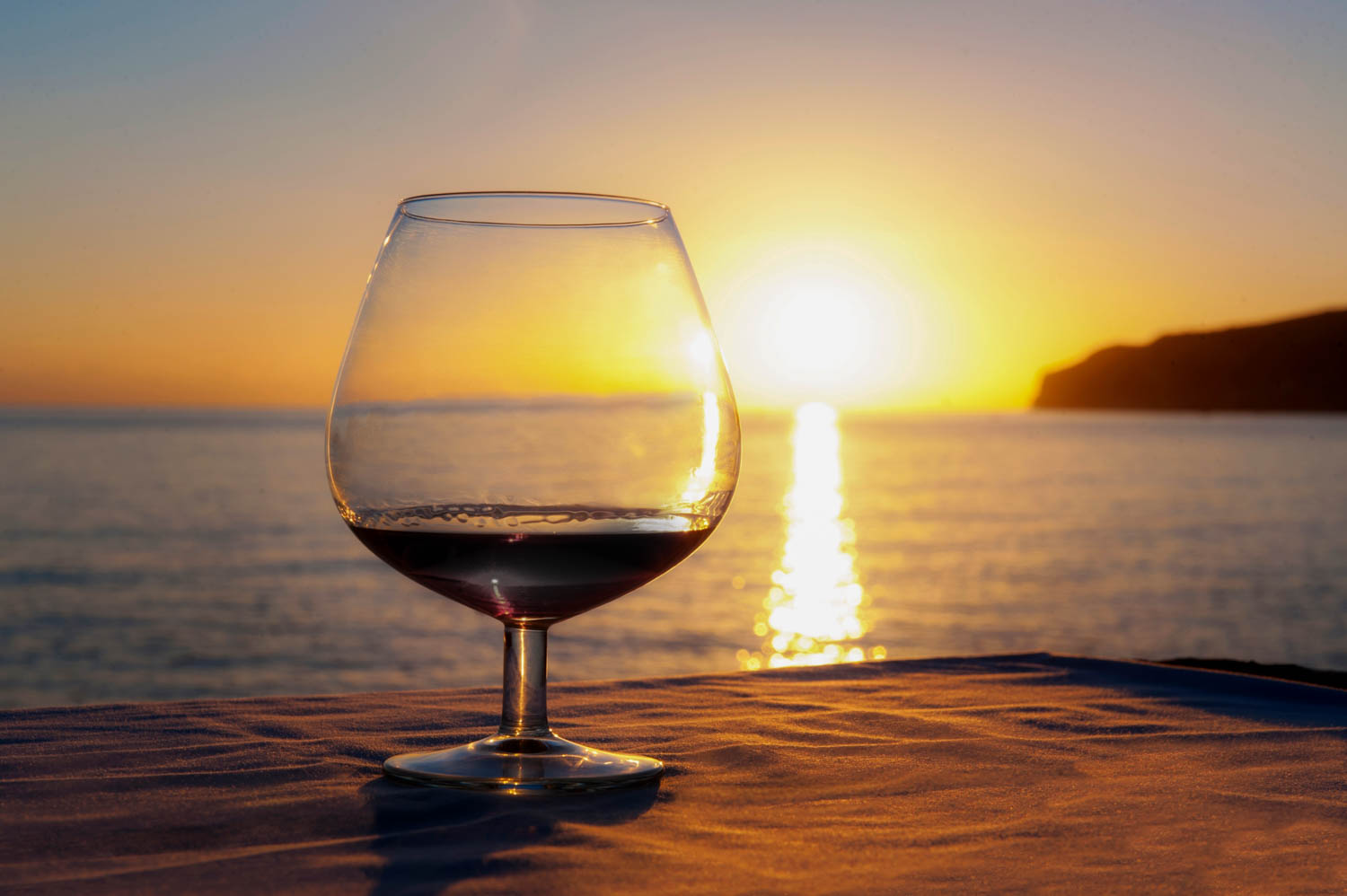 Check out one of many walking or cycling tours in Mallorca or contact the Macs Adventure team at hello@macsadventure.com for more details!