67
Walking the Fishermen’s Coast – Where a Forgotten Portugal Meets the Atlantic
Do you have any questions?
Call us on +1 720-487-9898
Contact a specialistLive Chat
Written by

A fisherman perches on the brink of a cliff, his line dangling through a hundred-something met res of nothingness and into the crashing waves that slam Portugal’s coastline. His bucket is empty, but he sups a cigarette with all the patience and optimism you’d expect of a fisherman. There’s a plastic bag full of snacks and beers in case things gets desperate, but for now he appears content to gaze out to sea and scan the dramatic coastline. Portugal’s ‘Fishermen’s Coast’ is named after the hundreds of locals whose lives, like his, are intricately woven with the sea. Perhaps it will be his bacalhau (cod) I devour in the restaurant tonight? 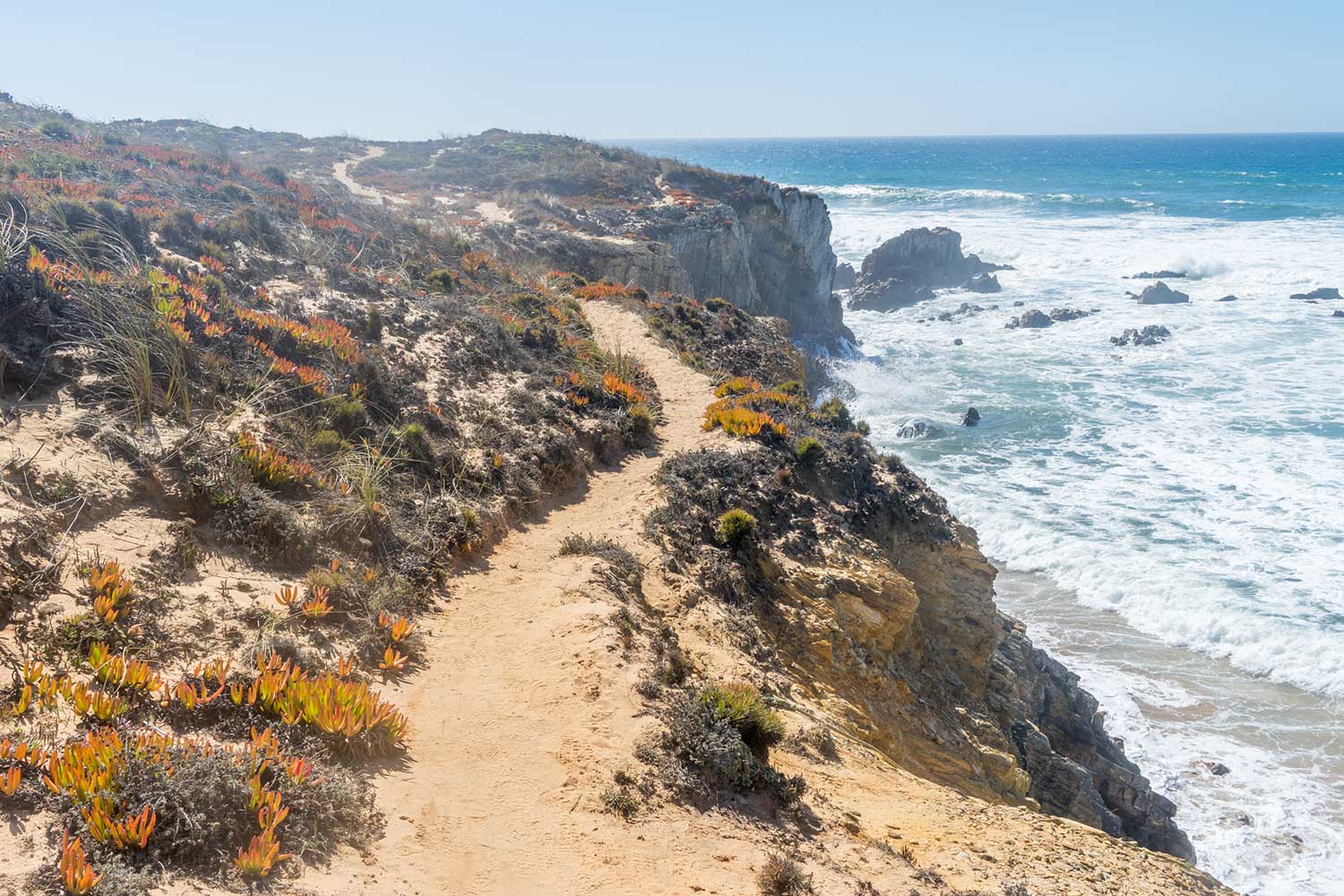 The Fishermen’s Trail is a section of the Rota Vicentina walking trail which hugs this remote stretch of coastline for 137 miles, teetering atop cliffs, trudging over sand dunes and leaving footprints on beaches every bit as dramatic as they are desolate. These are treasures reserved only for those who travel on foot. The trail was developed in 2014 to bring tourism to this remote region, yet I still find myself mostly following in the sandy footsteps and sunken motorbike tracks of fishermen heading to the most dizzying and lucrative fishing spots. They remind me I’m a long way from the beaten track.

This coastline, a designated Natural Park - the Southwest Alentejo and Vicentine Coast - is one of those rare places where the human impact complements the natural beauty. There is a harmonious relationship between local people and the sea, this isn’t limited simply to those who reel their fish up the cliffs, but to all who live here. 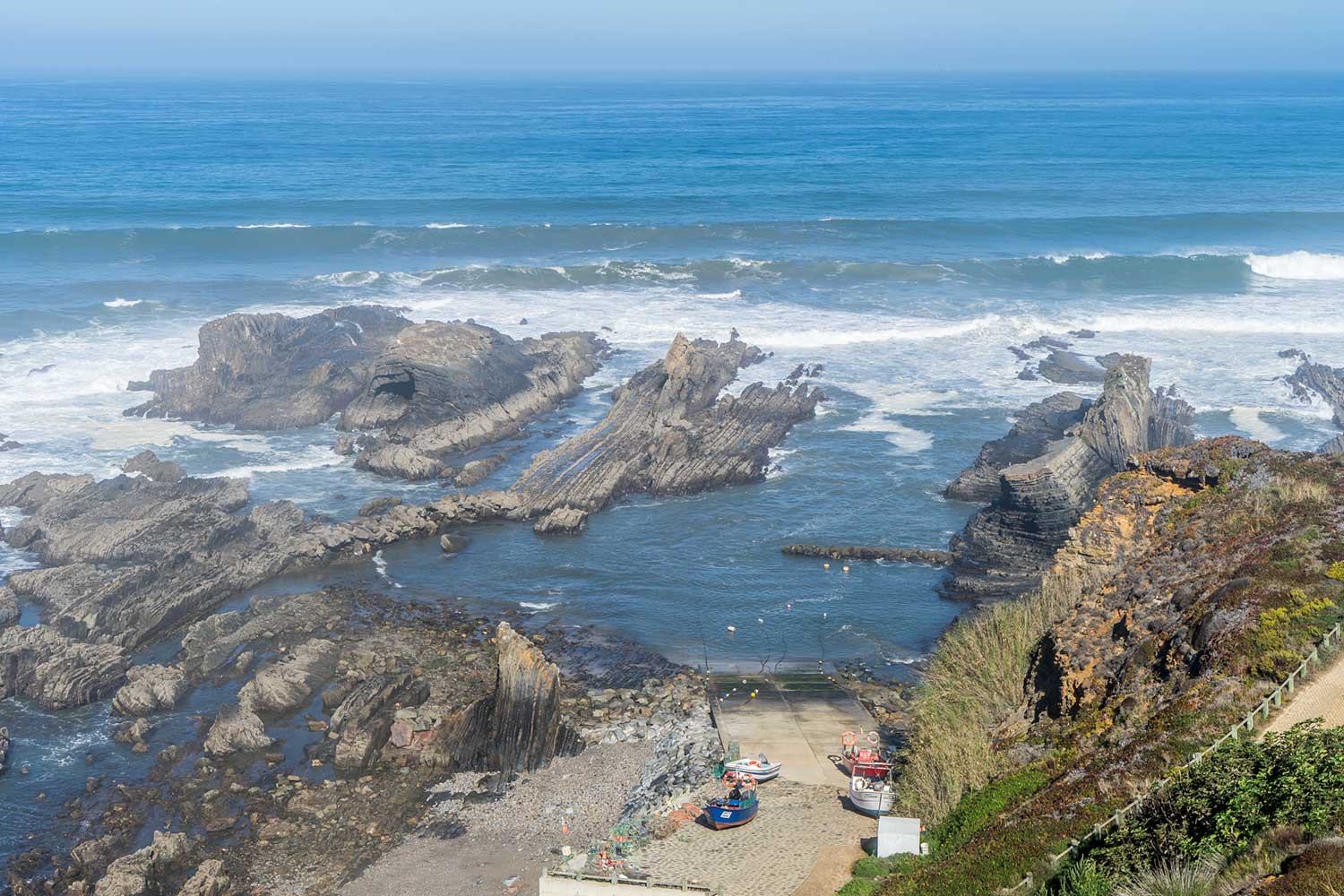 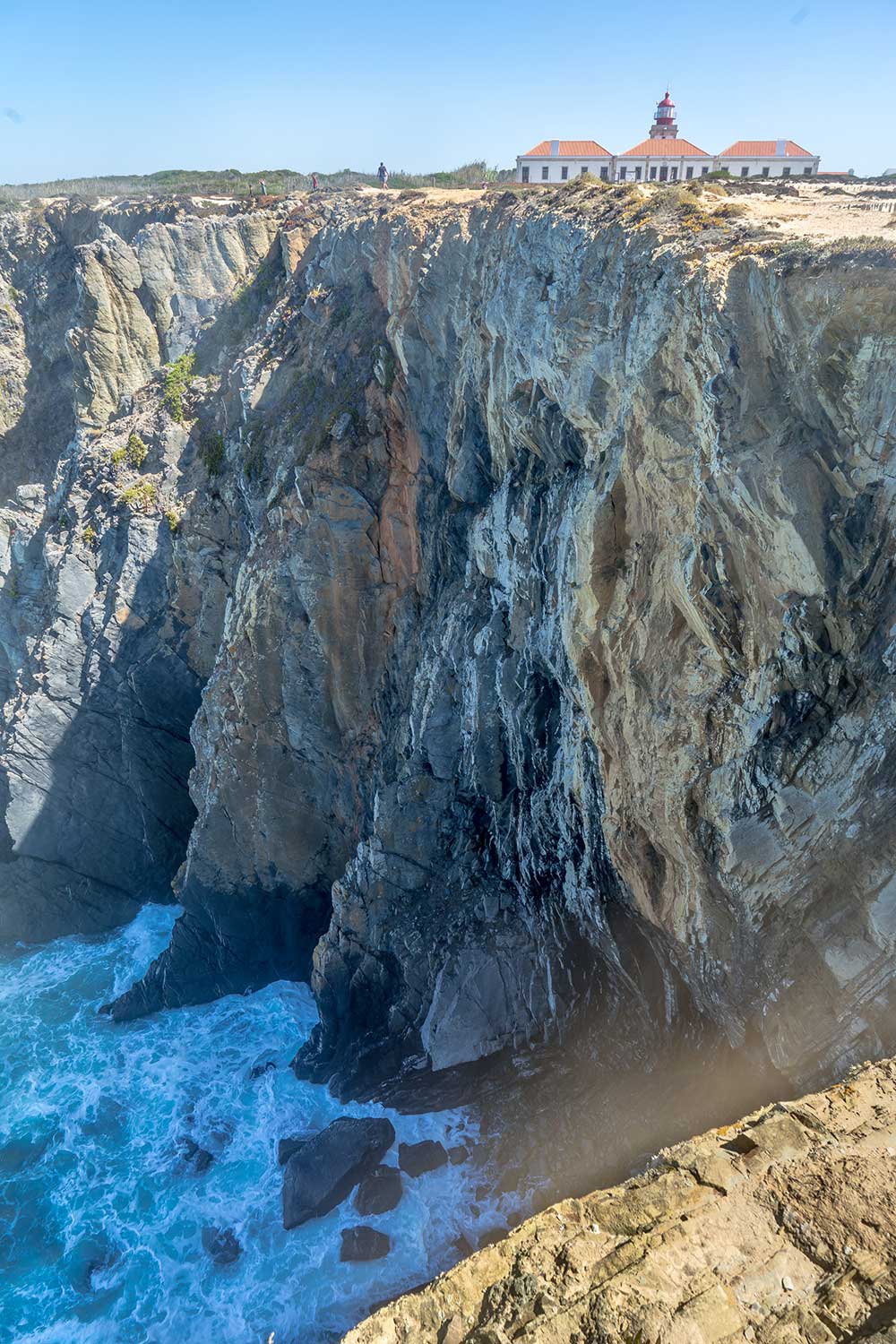 I hike above the natural clefts in the coast hiding the harbors tucked into them. Colorful fishing boats glide in and out while the rocks are battered by waves and surf. The boats are captained by skilled fishermen who know these channels so intimately it is said they have a name for each hazardous rock.

I pass lighthouses that protrude above the cliffs, blinking through inky darkness and warning ships of treacherous waters below. These punctuate the walk and demonstrate a healthy respect for the wild Atlantic Ocean which stretches unbroken from here to America, more than 4,000 miles.

I meander beside shacks that seem to belch fishing paraphernalia across the front yard. There’s a tangle of ropes, an upturned wheelbarrow and a mountain of fishing traps – all signs that a fisherman lives here. I can’t pull my eyes away. It is gritty and photogenic and displays Portuguese fishing at its realest.

It isn’t just local people who perch atop the cliffs and plunder the sea’s wealth. White Stork balance their nests precariously atop the rugged cliffs and coastal stacks, seeming to mirror the fishermen. Who copied who, I wonder? It seems a dangerous place for a newborn stork to learn to fly, but this vantage point offers protection from predators and an opportunity to survey the landscape in search of food. It’s autumn as I hike, and the nests are already empty. Their occupants have migrated south to the warmer climes of Africa and won’t return until spring.

If the abundance of bachalau fish is anything to judge by, then this relationship with the sea is a profitable one. Getting your hands on the very freshest fish means heading to the harbor to buy it direct from the boat or at one of the harbor auctions, but for the weary hiker on the Fishermen’s Trail it is enough that each day ends at a village boasting a handful of restaurants that invite you to try their ‘catch of the day’. From your dinner table, you might be able to see where your fish was caught. The man at the bar, gulping down his beer, might be the one who caught it! 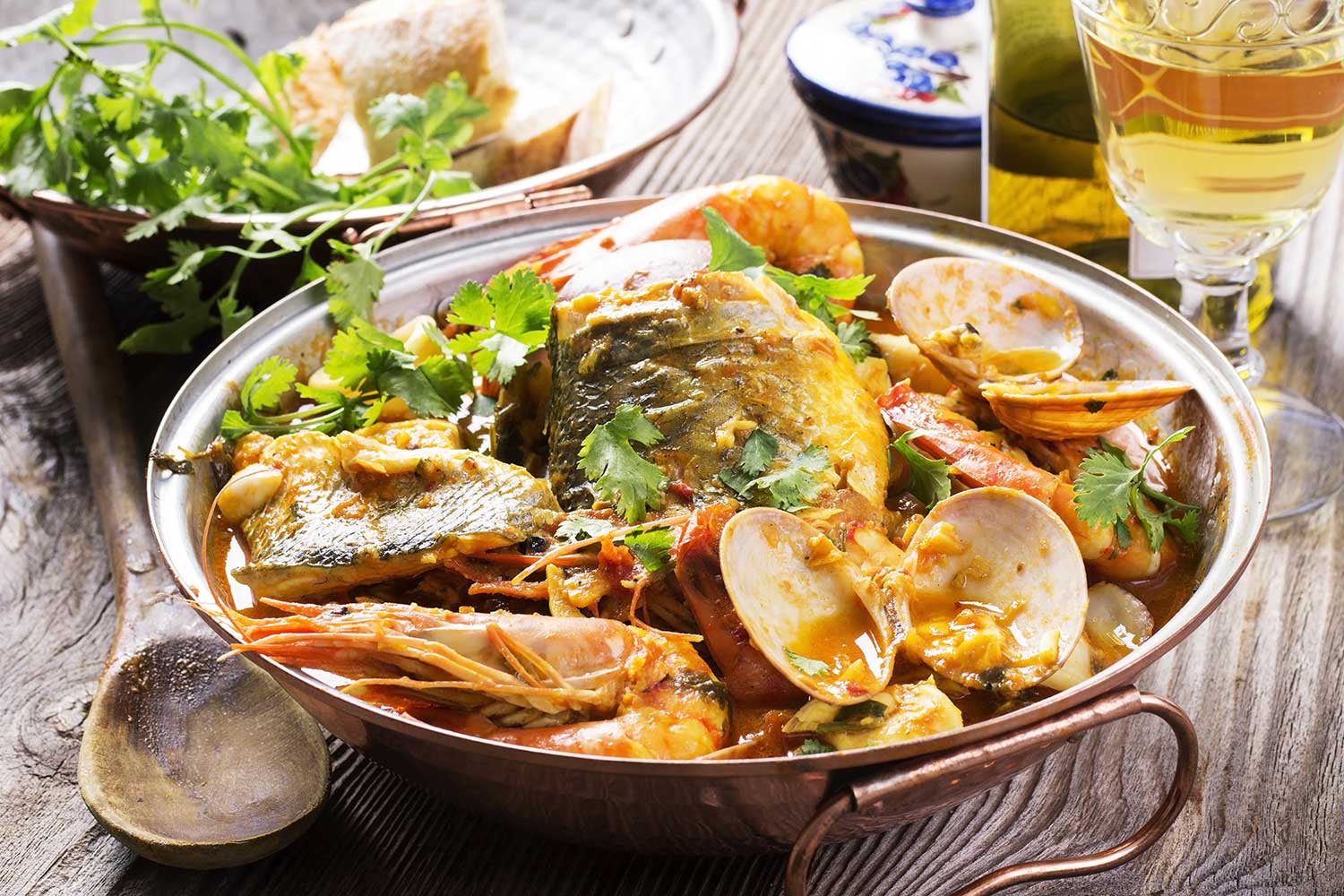 “We have 365 ways to cook cod,” one waiter smiles when I ask which cod dish he recommends, “that’s one for every day of the year.” He might not be exaggerating. Bacalhau is Portugal’s national dish - nothing else comes close - and a glimpse at the menu reveals it baked and grilled and fried and stewed and boiled and salted, to mention just a few. Consequently, dinner is about more than replenishing calories. It brings the Fishermen’s Coast to life. With each dish I understand a little more why men patiently hang a fishing line into the abyss, why sailors’ brave bouncy waters aboard tiny fishing boats, and what bountiful riches the ocean can provide.

This region may appear forgotten, and it’s clear it doesn’t attract too many tourists. But that is part of the charm. These aren’t groomed and manicured coastal towns complete with promenade walks and golf resorts. They are pockets of civilization where residents have learned to live in tune with the dramatic and unforgiving nature that surrounds them. This area is lived in and unchanged for generations, and perhaps the only way to reveal this different, authentic side to Portugal, is on foot, walking the Fishermen’s Trail with the sand between your toes.

After completing the Fishermen’s Coast, the Rota Vicentina’s ‘Historical Way’, continues heading through rural Portugal for 160 miles, peeling back centuries of history, and concluding at Cabo de S. Vicente.

Find out about all of our walking tours the the Rota Vicentina, if you have any questions about the tours don't hesitate to contact us.

Share this:
Tags
Portugal Walking Rota Vicentina algarve
Call us on +44 141 530 5452
Get in touch by Email
Contact a specialist Live Chat