The Wicklow Way is one of Ireland’s most popular hiking trails taking you from the modern European city of Dublin into the wild Wicklow Mountains and valleys of the “Garden of Ireland”. Famous hill walker J.B. Malone pioneered this route on a mission to get more people into the outdoors.

Jump back in time at the ancient ruins of Glendalough’s 6th century monastic settlement and at the impressive Powerscourt Estate, included in National Geographic's Top 10 Gardens of the World. County Wicklow is often referred to as Ireland’s “Ancient East” as the Wicklow Mountains are older than both the Alps and the Himalayas. Follow quiet trails over rolling hills and high peaks and through green forests and land filled with heather. The glacial valley of Glenmalure will leave you breathless and the tranquil “Guinness Lake” of Lough Tay will make for a memorable picnic with a view. The Wicklow Way is easily accessible, offers a wide variety of scenery, and has some truly remote upland areas for you to explore. When it comes to natural beauty, you are spoilt for choice!

Settle into your friendly accommodations at night and enjoy the ease of having your luggage transferred each day. Ireland is famed for its warm welcome, traditional hospitality, hearty meals, and of course for its national drink – a pint of the "Black Stuff". Simply choose from one of our Wicklow Way itineraries, covering the highlights or the full length of the trail, and we will take care of all the rest! 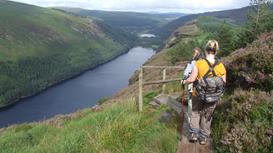 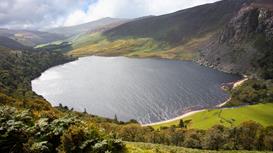 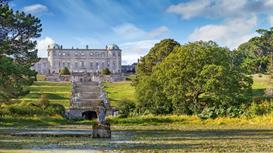 1 Reviews
Dublin & The Wicklow Way In Style
Explore Dublin and the Garden of Ireland whilst staying at premium hotels in the Wicklow countryside
From $2,295.00
More Info 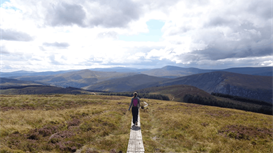 18 Reviews
Dublin & The Wicklow Way Escape
Spend the night in Dublin before heading out along the Wicklow Way to the heart of Glenmalure
From $910.00
More Info