Set off on the Ridgeway, 'Britain's oldest road', in the rolling countryside of Southern England, just a short journey away from London. Originally a trade route, these paths were frequented by farmers, soldiers and traders as long as 5000 years ago. Follow uncrowded paths, tranquil forests and visit distinctive historic sites.

This walk crosses two distinct landscapes that have been designated as Areas of Outstanding Natural Beauty. Unwind in the open and remote landscape of The North Wessex Downs (AONB) as you walk through quiet woodland. Visit quaint villages with thatched cottages and spot wildlife in the chalk grassland of The Chilterns (AONB). Meet the locals in one of the traditional English pubs where a refreshing beverage awaits.

Macs Adventure has been organising the Ridgeway walking itineraries since 2010. Over the last decade, we have established great relationships with the family-run guesthouses, B&Bs and small hotels along the way where a scrumptious breakfast is guaranteed. Enjoy the ease of having your luggage moved for you, allowing you to walk with a light backpack. Simply pick an itinerary and we take care of all the arrangements for you! 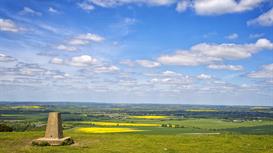 23 Reviews
The Ridgeway - 10 Days & 9 Nights
Walk The Ridgeway at a more relaxed pace, giving you plenty of time to explore sights along the way
From $1,695.00
More Info 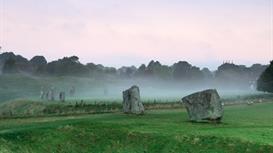