Brittany is famed for its wild, dramatic coastline and its intensely proud Breton heritage. This corner of France has unique traditions and culinary wealth, giving it an entirely different flavour than you will find anywhere else. The entire region has an unexplored feel about it, and it is full of hidden gems. From cycling Brittany's Canals and Coasts, to the enchanting cities of Vannes, Quimper and Carnac, Brittany is waiting to be discovered and there is no better way than by bike or on foot. Pedal alongside its wild emerald waters, sample the delicious sweet and savoury crepes and explore the UNESCO listed tidal island of Mont St Michel.

Macs Adventure has been offering walking and cycling tours in this area of north west France for over 10 years. If you need advice on any of the tours we have in this region, please do not hesitate to ask your Adventure and Destination Specialist who can point you in the right direction and make sure that you book the right tour for you.

Not only does Brittany enjoy great folklore and culture representing the strong Gallic side of France, but it is also blessed with stunning landscapes, both coastal and countryside. Why not walk a section of the famous GR34 long-distance route on our Best of Brittany's Granite Coast tour? The GR34 is nick-named "the custom-officers path" due to the fact that it was originally formed to stop smugglers! Ferry-hop in the Gulf of Morbihan to gorgeous islands such and Ile aux Moines and Ile d'Arz on our Brittany: South Coast and Islands tour or view the incredible standing stones at Carnac on the Cycling the Granite Coast tour. Whichever excursion in Brittany you choose, be it walking or cycling, countryside or coastal, you will enjoy the authentic experiences and the discovery of these lesser-known parts of France. 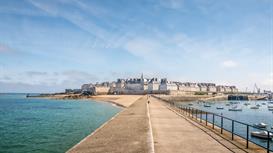 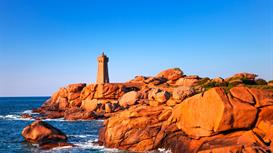 3 Reviews
The Best of Brittany's Granite Coast
Experience Brittany’s famous Granite Coast on foot following the best of the GR34
From $1,695.00
More Info 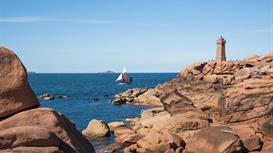 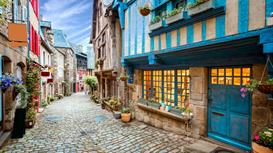 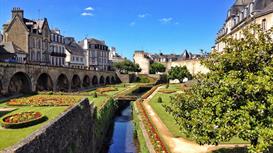