A walking holiday in Dorset allows you to explore the diverse snd charming region of southern England. Over half of the county of Dorset is designated an "Area of Outstanding Natural Beauty", and you can expect chalk downs, traditional English villages, glorious views onto the English channel, and fascinating geological landforms along the coast.

Whether you are walking the South West Coast Path or through the countryside, our adventures here are hassle-free and include door-to-door baggage transfer and overnight stays in charming B&B's or small hotels, allowing you to relax and take in the best of what Dorset has to offer.

Walk the Jurassic Coast to see the impressive rock formation Durdle Door, and the chalk sea stacks of Old Harry Rocks. Or take in the idyllic rural landscapes of Thomas Hardy's Dorset on a longer tour starting in Weymouth, or a short break ideal for a quick escape to the countryside. This really is a beautiful part of England, perfect for sublime walking adventures! 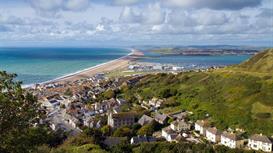 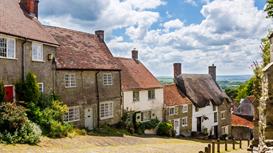 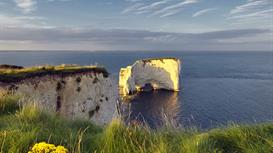 9 Reviews
South West Coast Path: Lyme Regis to Poole (9 Days & 8 Nights)
A more relaxed itinerary with an extra night in the little village of Worth Matravers
From £895.00
More Info 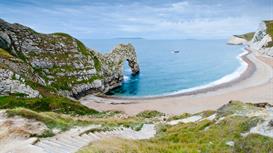